The Australian Cinémathèque program ‘Under the Radar’ celebrates unseen cinema from Asia Pacific filmmaking highlighting hidden gems from regions that produce a very small number of feature films each year. Drawing on the past ten years, ‘Under the Radar’ includes works from Macau, Nepal, Afghanistan, Bhutan, Tibet, Samoa, Kyrgyzstan and more. The films reveal cinematic storytelling directly connected to the culture represented. This level of intimacy affords a distinctive and deep engagement with place and people: a fascinating glimpse into lives rarely portrayed on the big screen.

As expected with small filmmaking communities, there is rarely a large pool of well-trained actors to draw from. Some of the most moving performances come from non-actors bringing a rawness and honesty to the screen. Here are five performances in the ‘Under the Radar’ film program that showcase raw talent.

#1 Veins of the World

Veins of the World 2020 from Mongolia, focuses on 11-year-old Amra who has dreams of being accepted to sing on ‘Mongolia’s Got Talent’. Amra’s father Erdene is the leader of the local nomads opposing exploitive mining companies who dig for gold destroying fertile land and the nomads’ livelihood in the process. The character of Amra is brilliantly acted by amateur Bat-Ireedui Batmunkhw who captures the film’s emotional heart.

Aliko and Ambai 2017 is a triumph of authentic storytelling and a fascinating insight into daily life in Papua New Guinea. The film is a gripping tale of two young women who cross paths – Aliko and Ambai – as they navigate the challenges of adolescence.  The titular leads are played by luminous first-time actors Moslyn Moses and Venda Kakaso.

#3 Lunana: A Yak in the Classroom

Lunana: A Yak in the Classroom 2019 (Bhutan) follows a hapless young teacher, Ugyen (Sherab Dorji), who reluctantly puts his contemporary lifestyle and personal aspirations to immigrate to Sydney on hold and treks from the nation’s modern capital to a remote posting at a tiny school high in the Himalayan mountains. While lead actor Sherab Dorji is a performer, it’s his young students who are the untrained actors and will thoroughly win over your heart.

Wolf and Sheep 2016 follows two 11-year-old outsiders Sediqa and Qodrat who help watch the village flocks. Everyday they, along with the other children of the village, take the sheep and goats up the mountain to graze where they gossip and practice their slingshots to keep away the wolves. An incredible feat of filmmaking by Afghanistan’s first female feature director, Shahrbanoo Sadat shot the film across the border in Tajikistan to ensure the safety of her crew. Sediqa and Qodrat’s acting is unselfconscious and naturalistic. Note: This trailer contains strong language.

Tibetan film The Sweet Requiem 2018 is a deeply personal film about the realities of being displaced from your homeland. As a young child Dolkar was led by her father through a perilous mountain pass in the hope of a better life in India. The film follows Dolkar as an adult living a life of exile in India’s Dharamshala as she must decide whether to help a fellow Tibetan who is on the run from spies. First-time actress Tenzin Dolker in the leading role of Dolkar, delivers a mesmerising and moving performance.

‘Under the Radar: New Filmmaking Across Asia and the Pacific’ is a free film program curated by Rosie Hays, Associate Curator, Australian Cinémathèque. 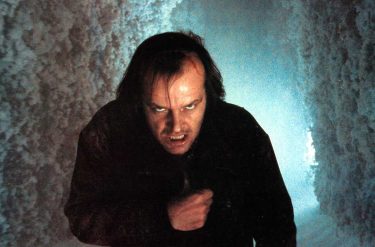