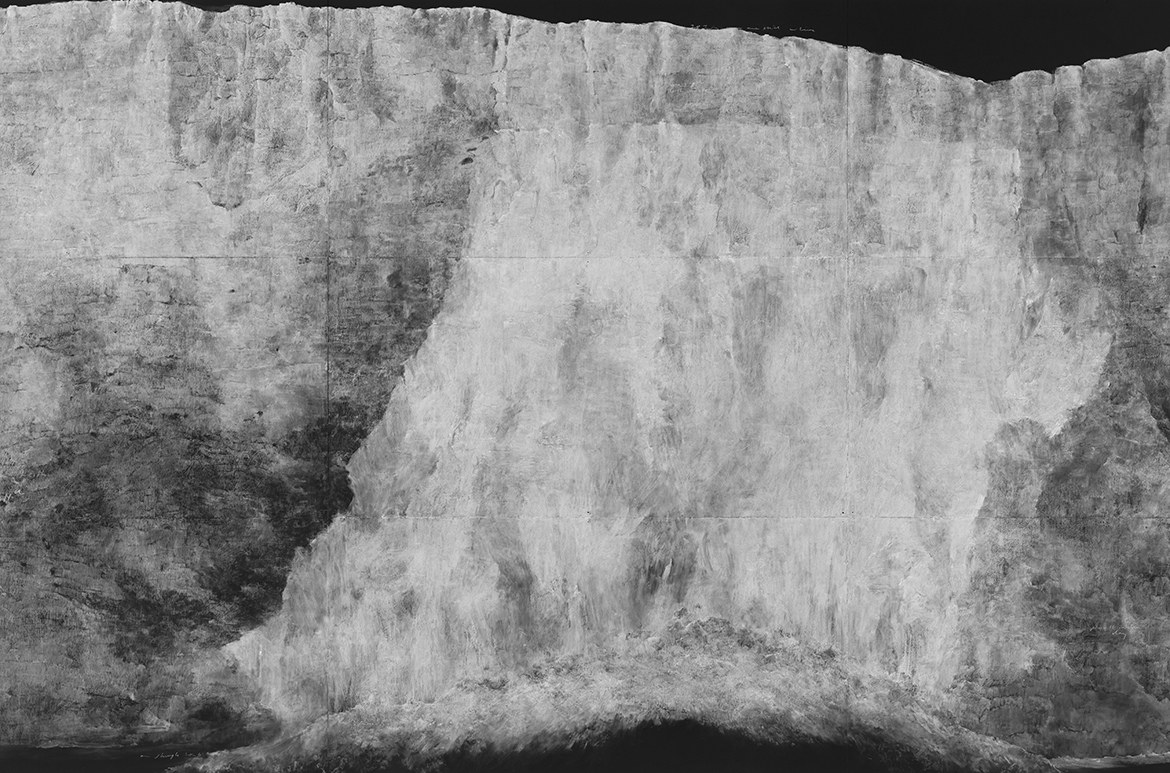 A precipice between land, sea and air is the subject of Tacita Dean’s Chalk Fall 2018. In this monumental chalkboard drawing, Dean details the iconic White Cliffs of Dover on England’s southern coastline, themselves largely composed of chalk.

At first glance, the rock face seems solid, a natural fortress. Looking closely, however, we see the ocean waves churning at its base, the central portion of which is giving way to the force of the waves and falling into the water. The white of the foaming waves intermingles with the white dust of the fragmenting cliff.

Chalk Fall considers other types of fragility. The famous cliffs are increasingly affected by climate change and rising sea levels, and their natural pace of erosion has multiplied tenfold over the last 150 years. Created in 2018, two years after the Brexit referendum, the work also reflects on the dissolving connections between the United Kingdom and Europe. The cliffs face the northern coast of France, which lies only 34 kilometres away. In Chalk Fall, we see this outward-facing edge crumble.

For Dean, the creation of this chalkboard drawing was intensely personal. Made over a period of months, she worked from top to bottom using a cherry picker. At the beginning of the process, her close friend Keith Collins was diagnosed with a tumour: ‘Every day, I wrote the date on the board, chalking chalk with chalk in a sedimentation of time and emotion that had a terrible constructive intensity’. Chalk Fall is a landscape, a history painting, a journal, and a record of a friendship. 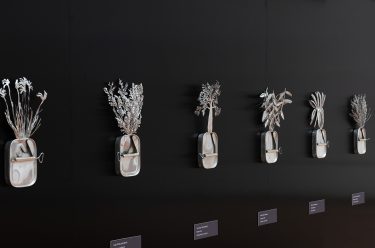 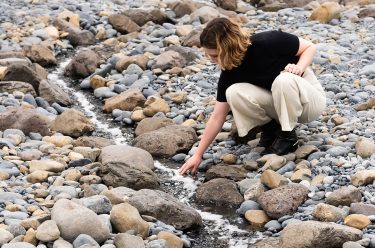