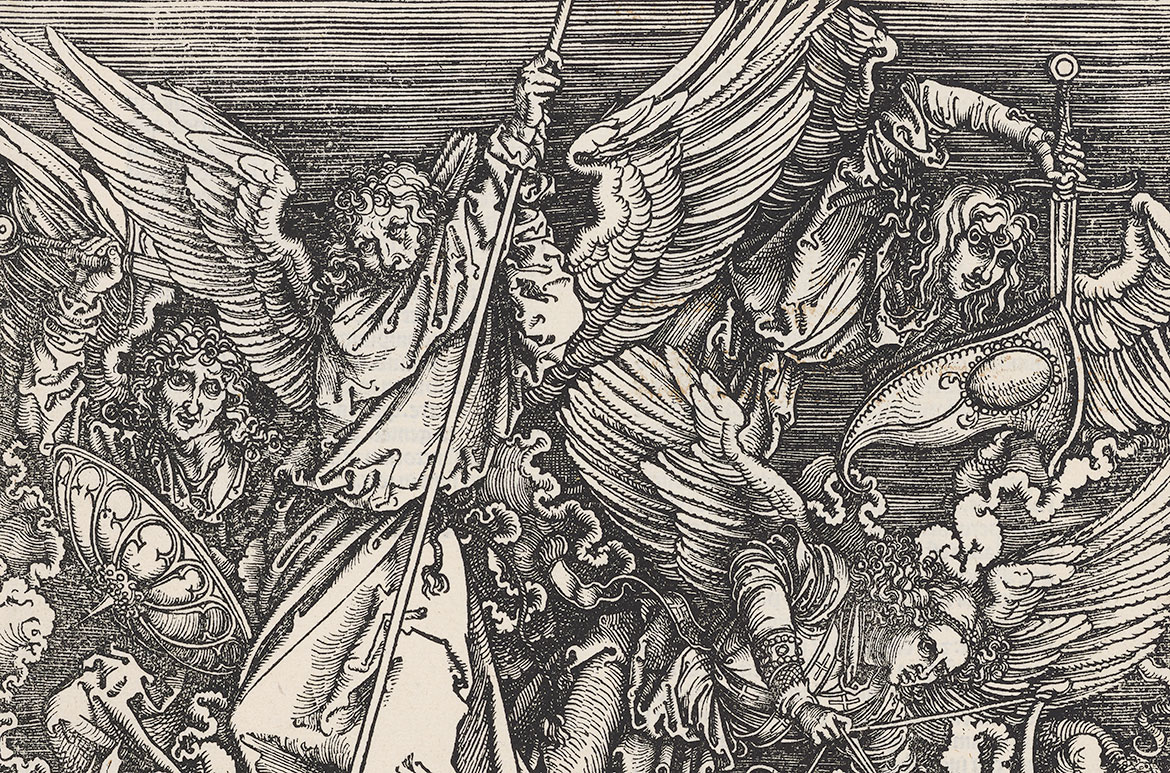 The exhibition ‘Revelations’ celebrates the historical innovations of the printing press and photography, which untethered images from expensive manuscripts and paintings, presenting new ways to navigate the world and our place in it. This, the first in our two part series focuses on the printing press and Albrecht Dürer’s (1471–1528) illustrated volume of The Book of the Revelation of St John, more commonly known as his ‘Apocalypse’ series.

How to select a suitable historically accurate frame

Few machines have altered history like the fifteenth-century Gutenberg printing press or the camera in the nineteenth century. Steam engines, electricity and anaesthesia may compete for primacy in a tale of technological advances, but unlike industrial or medical innovations, the impact of the printed word and image was felt on a more cerebral level, invariably changing the way we think, read and envision the world. ‘Revelations’ examines the social and aesthetic influence of these two turning points in mechanical reproduction and the larger context that bore them. Just like our own times, these were precarious, fractious eras, in which new technologies promised to shake up the established order.

The exhibition’s title plays on two understandings of ‘revelation’. First of all, printmaking and photography radically upended image consumption by providing alternatives to painting. With the advent of both media, pictures were untethered from expensive, one-off artworks and became transportable duplicates that could be replicated ad infinitum. As objects, prints and photographs were cheaper to make and distribute, and could reach a great many people. But a more literal type of revelation is apparent in these machine-made works of art: just as a woodblock print is made from a carved design in reverse, an analogue photograph is developed from its negative; in both processes, the resulting image is peeled back from its mirrored opposite. Indeed, there is something magical, or alchemical, in both unveilings.

The story of ‘Revelations’ begins in the mid-fifteenth century. In 1450, German goldsmith Johannes Gutenberg (ca.1397–1468) created a machine that could print an infinite combination of letters. Although moveable-type printing had been developed in East Asia at least two centuries earlier, this was the first time the technology appeared in Europe. Looking at existing mechanisms like the wine press, Gutenberg imagined an apparatus that could accurately and efficiently transfer the written word to paper, bypassing the need for scribes (often monks) to write out entire volumes by hand. Before the press, books were rarefied and costly objects — some as valuable as a house. By reducing the price of books, Gutenberg’s press gave a much broader swath of society an unprecedented access to knowledge, often in the vernacular language and aided by illustrations for those who were illiterate.

Only a few decades after Gutenberg’s invention, the German city of Nuremberg became a centre of print publishing and hosted a generation of talented printmakers, most notable among them being Albrecht Dürer.

In the 1490s, Dürer created three volumes of woodblock prints: The Passion, The Life of the Virgin and, most famously, an illustrated volume of The Book of the Revelation of St John, more commonly known as his ‘Apocalypse’ series. In 2016, the Gallery was pleased to complete its acquisition of all 16 ‘Apocalypse’ prints.

Albrecht Dürer ‘The Four Horsemen of The Apocalypse’

Albrecht Dürer ‘The Opening of the Seventh Seal’

Dürer’s vision of the Last Judgment is far from a passive translation of scripture. Rather, his illustrations narrow in on one vivid detail of John’s revelations or synthesise many verses into stark images of divine destruction. The volume was first published in 1498 and later reissued in 1511 with an additional title page. The artist was a savvy promoter of his work and also sold single-sheet impressions of the prints, enabling him to live off royalties from the series throughout his life.

While Dürer was the foremost artist to arise from Nuremberg, he was not alone in his artistic ambition. Having watched his godfather, Anton Koberger, become a prominent publisher, and later training under the printmaker Michael Wolgemut (who illustrated the second major printed book, the Nuremberg Chronicle), Dürer belonged to a tight-knit literary and artistic milieu.

As they spread new ideas across central Europe, these early printers sowed the seeds for the artistic Renaissance and religious schisms in the century to follow. In the later years of Dürer’s life, Nuremberg proved an important location for Martin Luther’s revolt against the Catholic papacy from 1517 onwards. In fact, Lucas Cranach’s illustrations of The Book of Revelation for Luther’s widespread German Bible (published in 1522) were closely based on Dürer’s ‘Apocalypse’ series, pointing to the artist’s lasting impact on Protestantism.

Printing gave ordinary people new insights, and their stories remain preserved in treasured personal collections, today, it is near impossible to imagine life without our favourite paperbacks, or treasured illustrated books. 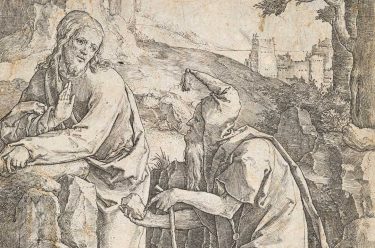