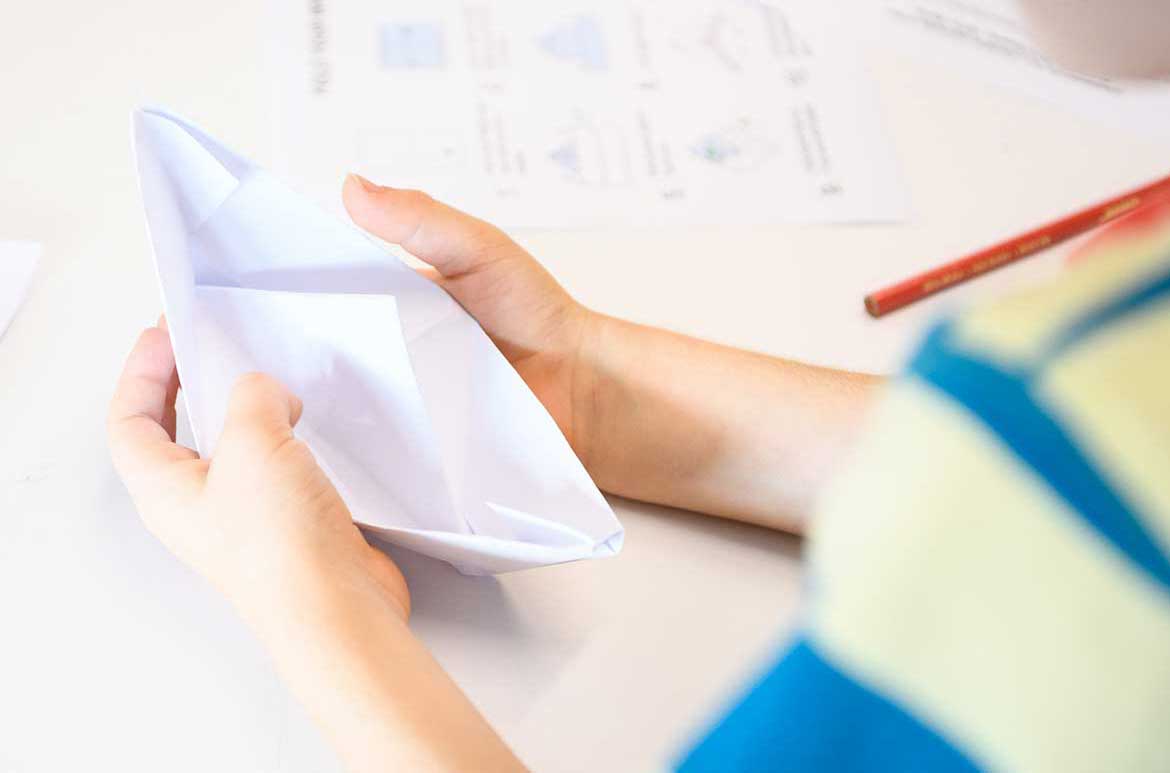 Ali’s Boat brings the powerful and imaginative drawings of Sadik Kwaish Alfraji to a new audience. The children’s book is a poetic story full of dreams and adventure, but also tempered by melancholy. Inspired by a special letter from his young nephew, Ali, the story is also a deeply personal reflection on the artist’s impressions of his childhood in Iraq.

Sadik Kwaish Alfraji is a storyteller — his powerful artworks reflect on his experiences and that of his family. They speak of loss, displacement and the vulnerability of human existence. Born in Baghdad in 1960, Alfraji now lives and works in Amersfoort, the Netherlands. In 2009, when returning to Iraq after 20 years, he met his 11-year-old nephew Ali for the first time. Ali gave him a letter and asked him to open it when he returned home. Inside, Alfraji found a drawing of a small canoe‑like boat and the words, ‘I wish my letter takes me to you’.

For Alfraji, this was no ordinary letter; it delivered a clear image of Ali’s dream ‘to be carried over the clouds, to new places and adventures where he can play and run freely, chasing his own golden wishes’.1 It also resonated with Alfraji on a deeper level — he recognised the boat as though it was drawn from his own dreams. As a young man, he dreamed of a boat that he could take to flee the suffering of his country; as an adult he dreams of a boat that can carry him back to the Iraq of his childhood.

Ali’s letter, and the dreams held within, inspired Alfraji’s series Ali’s Boat 2014–15, comprised of charcoal drawings, large-scale paintings, artist diary sketches and stop-motion video animation. Created using Indian ink, charcoal, graphite pencil, and black-andwhite prints, these works merge the plight of Ali, and his desire to escape the horrors of Iraq, with Afraji’s experience as an exile, unable to return home. Alfraji uses a naive playful style that is both an interpretation of Ali’s drawing and a nostalgic reference to his own childhood, in which he recalls the playgrounds that spread between the thresholds of his house up to the vast horizons.2

Alfraji has collaborated with the Children’s Art Centre for APT9 to adapt his artwork Ali’s Boat 1 2014 into a storybook. The original work, held in the collection of the British Museum, features 100 striking illustrations with Arabic text. Translated into English, Alfraji’s words read as a conversation not only between him and his young nephew, but also with his younger self. The 48‑page storybook Ali’s Boat brings together a selection of Alfraji’s beautiful drawings and poetic text to tell a story full of dreams and adventure, yet also tempered by melancholy. ‘Entering a new world can be filled with unexpected dangers and deep disappointments’, Alfraji says. ‘In that sense our adventure is similar to the game of “snakes and ladders”; the path to the finish is not straight and is fraught with the unexpected.’3 At one point in the story he advises Ali: ‘Don’t look at the snakes. Take only the ladders’ — a wonderful metaphor for life.4 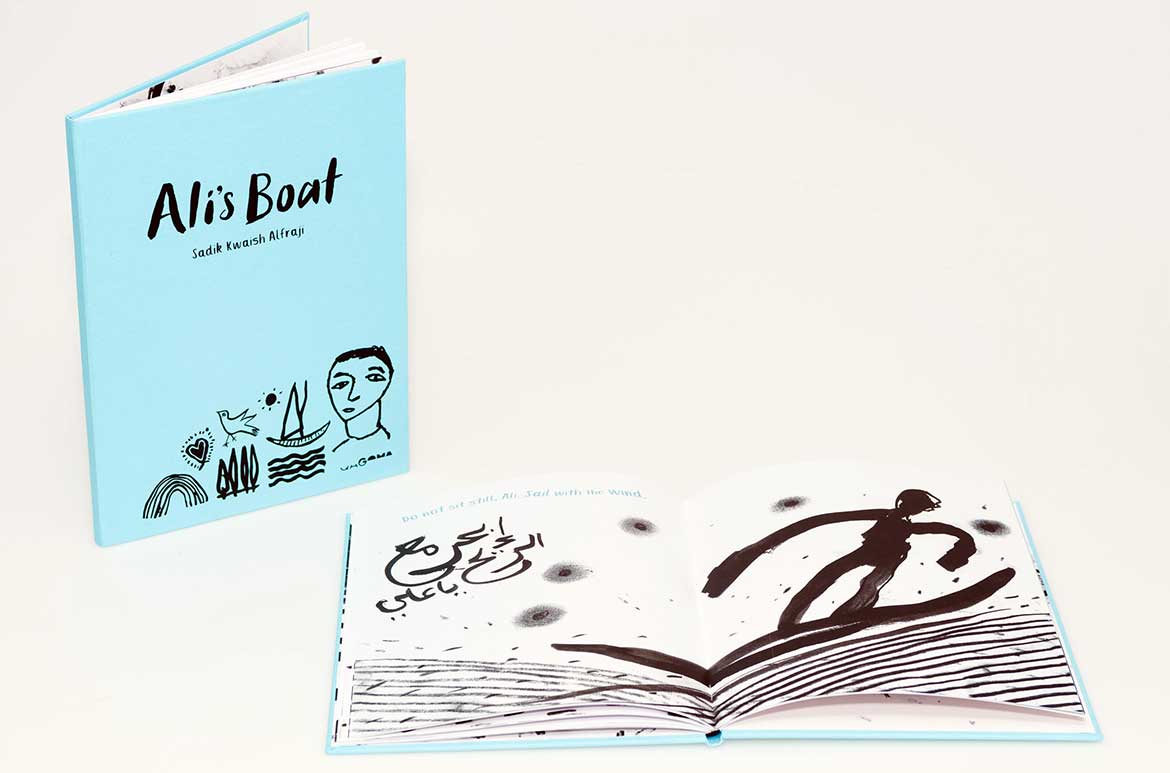 In conjunction with the children’s publication, Alfraji has worked with the Children’s Art Centre to develop an interactive project for APT9 Kids titled ‘A Boat to Carry Your Dreams’, in which you are invited to write or draw your own wish on a piece of paper and fold into a boat. His video animation Ali’s Boat 2015 is also displayed in the space. Alfraji’s video projection for APT9, Once Upon a Time… Hadiqat Al Umma 2017, draws on his Iraqi upbringing and takes its inspiration from the small public gardens in Baghdad’s lively Bab Al-Sharqi area. The artist used to visit the area with his father, spending hours marvelling at the flora, fountains and public artworks. Although much of the gardens have fallen into disrepair since the First Gulf War in 1990–91, they ‘continue to represent a gateway to the artist’s imagination where he can envisage all sorts of magical undertakings’.5

Ali’s Boat is a deeply personal reflection on Alfraji’s impressions of his childhood in Iraq, and where Ali is now. It also connects to our shared desire to live in peace and security, and to the human capacity to dream. Alfraji hopes that, by reading Ali’s Boat, children will keep dreaming and realise that we must all have a goal and work to achieve it.6 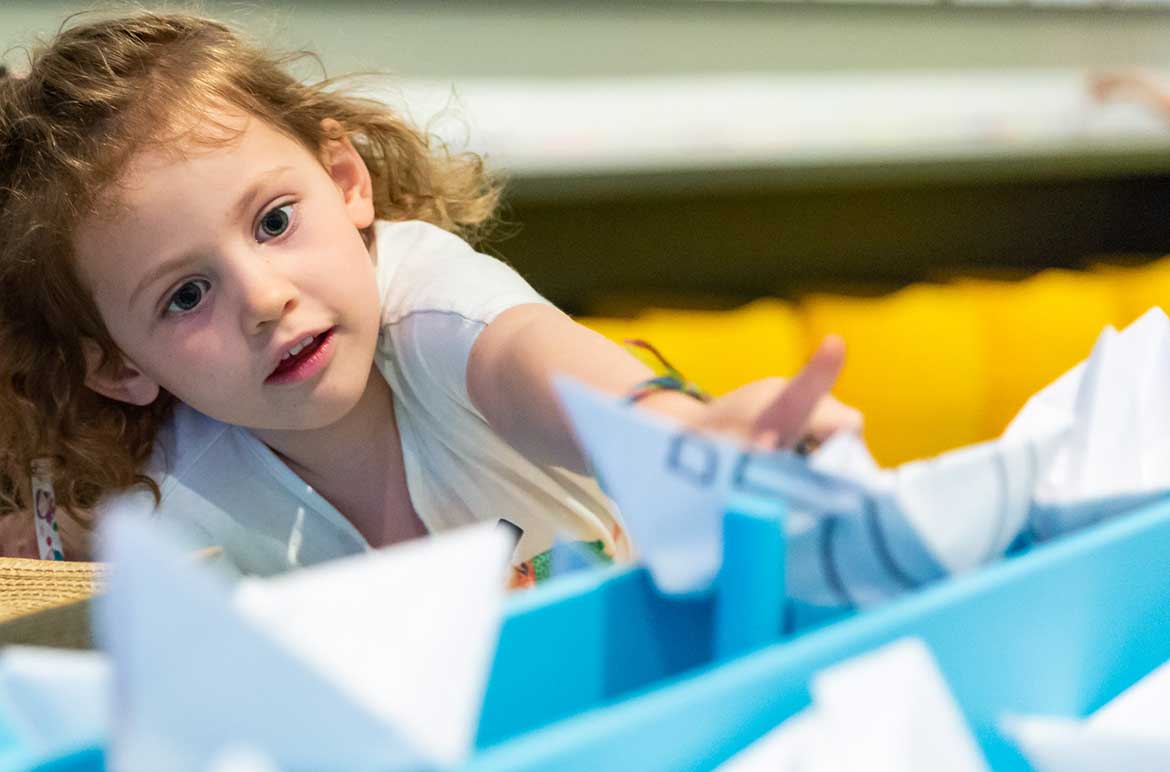 Ali’s Boat is supported by the Tim Fairfax Family Foundation 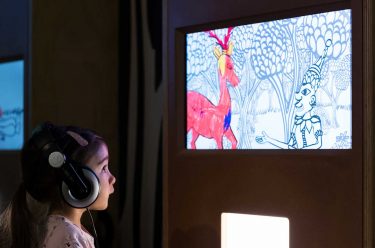 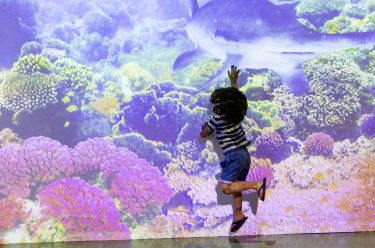