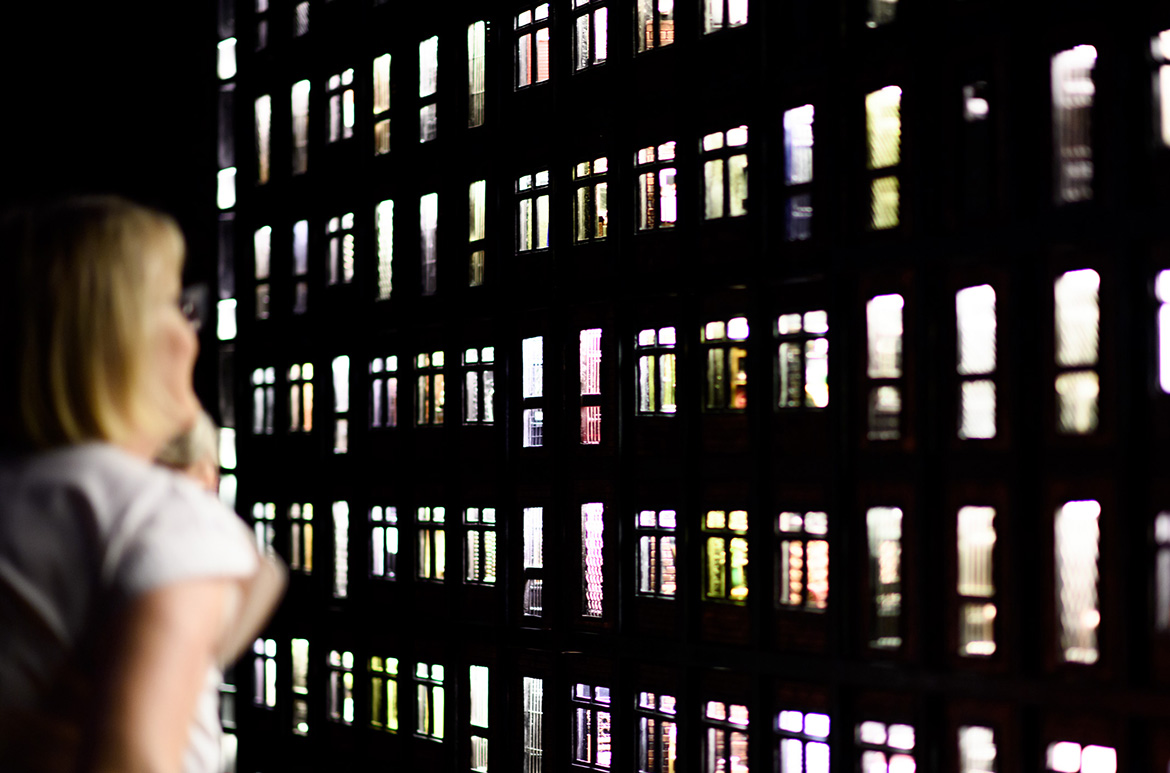 The Queensland Art Gallery | Gallery of Modern Art (QAGOMA), is extremely pleased to have been invited to present an exhibition of works from ‘The 9th Asia Pacific Triennial of Contemporary Art’ (APT9) and previous APT exhibitions at the Centro Cultural La Moneda in Santiago, Chile (CCLM).

This is the first time a selection of works from the Triennial have travelled beyond Queensland, and the first time we have collaborated in presenting an exhibition in South America. Chris Saines CNZM, Director of QAGOMA

The invitation from Director Beatriz Bustos Oyanedal, an Australia Council–funded international visiting professional to APT9, aligns with the core purpose of the APT to engage audiences with the contemporary visual arts of Asia, Australia and the Pacific, and in doing so increase cultural awareness and understanding of this part of the world. The selection of artworks travelling to Chile was made by the Centro Cultural La Moneda and QAGOMA working in collaboration.

For Centro Cultural La Moneda this exhibition is an opportunity to revisit ancestral cultures and heritage through the lens of contemporary art, learn more deeply about the production of art in a region with which Chile still has little contact, and recognize itself within a wide range of aspects in common.

With the APT series, QAGOMA has always aspired to provide insight into the dynamic cultures of countries in this region through the frame of contemporary art and, in the process, to build dialogues and relationships. Over more than two decades, the APT has generated unceasing ideological and art historical debate, and provided a space where art and ideas could flourish unconstrained, and where cultural debates were interrogated by artists and observers alike.

Consistent with the history of the Triennial, these works reflect on the current condition of contemporary art across Australia, Asia and the Pacific. Chris Saines CNZM, Director of QAGOMA

The Asia Pacific Triennial continues to provide an open and safe platform for art and artists to flourish by engaging an ever-widening audience. Then, as now, APT artworks and ideas communicate meanings connected to their unique contexts of production. It is impossible to ignore the divergent political, social and moral belief systems of different countries, cultures and artists. Indeed, it is the sheer diversity of worldviews, and the insights into them, which energises each APT and inspires conversations around the region and further afield.

Two artists from previous APTs are also included with major works: Dinh Q. Le with Lotusland 1999 (APT5) and CCLM will work with Wit Pimkanchanapong to create his large-scale installation Cloud 2009 (APT6) in the space. Together these works bring an unrivalled range of works and artists’ concerns from the Asia Pacific region to South America.

We hope that visitors to this exhibition experience the unexpected, or are by turns delighted, enlightened and challenged by works of art presented in new frames of reference, adding to the ways that APT continues to fulfil the aim of enhancing awareness and relationships.

‘Contemporary Art from Asia, Australia and the Pacific: A Selection of works from QAGOMA’s Asia Pacific Triennial’ is at Centro Cultural La Moneda in Santiago, Chile from 22 August – 8 December 2019.

The exhibition comprises of 37 artworks by 19 artists, including works produced by First Nations artists from Australia, the Pacific and Taiwan, as well as from the United Arab Emirates, Japan, the Philippines, New Zealand, Vietnam, Iran, Iraq, Pakistan, Thailand, South Korea, and Indonesia. with works mainly drawn from the ‘The 9th Asia Pacific Triennial of Contemporary Art’ (APT9). The Triennial, held at QAGOMA between November 2018 and April 2019, is the only ongoing exhibition of contemporary art of Asia, Australia and the Pacific and has a history spanning 26 years.

‘Contemporary Art from Asia, Australia and the Pacific: Selected Works from QAGOMA’s Asia Pacific Triennial’ is a touring exhibition of the Queensland Art Gallery | Gallery of Modern Art developed in collaboration with Centro Cultural La Moneda.

This project has been assisted by the Australian Government through the Australia Council, its arts funding and advisory body, and the Visual Arts and Crafts Strategy, an initiative of the Australian, State and Territory Governments.