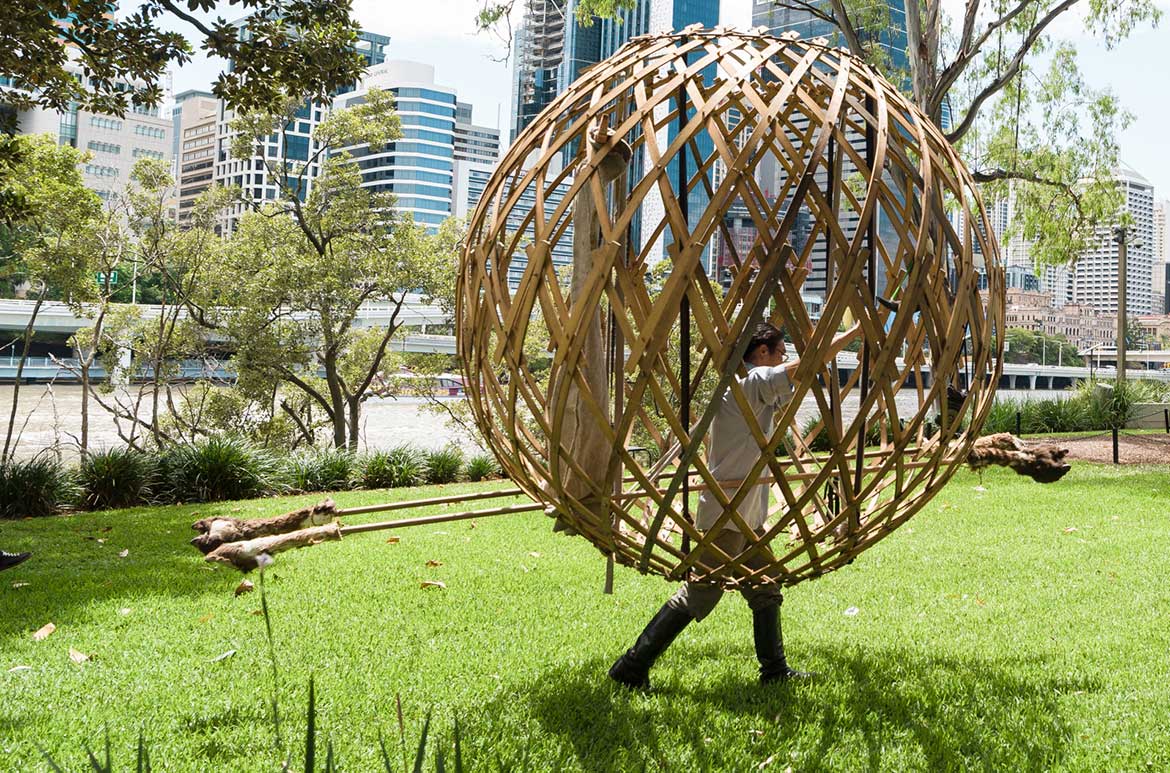 Mongolian artist Enkhbold Togmidshiirev is known for his large-scale, monochromatic canvases, as well as his Ger Project performances. Togmidshiirev staged an improvised roving performance in the outdoor spaces surrounding the Gallery of Modern Art (GOMA) for The 9th Asia Pacific Triennial of Contemporary Art’ (APT9) opening weekend as part of his ongoing Ger Project.

Since 2008, Togmidshiirev has created a number of personalised structures derived from the form of the Mongolian ger, or yurt, with which he performs as a way of developing a connection with his surroundings. The ger, a large circular tent with a collapsible wooden infrastructure, is robust and portable, and highly suited to a nomadic lifestyle. Setting up a ger creates a temporary home that Togmidshiirev equates to a spiritual space. The performance commenced on the Kurilpa Bridge, with Enkhbold making his way across it before concluding the performance in the GOMA Forecourt. The spherical Blue Sentient 2015 featured in the APT9 opening weekend performance, and as a sculptural installation in the Gallery is on display with Togmidshiirev’s restrained colour-field paintings which  incorporate unusual media – horse dung, felt, shrubs, ash, rust, sheep skin and tripe – which are either laid over the canvas or worked into its fibres. Togmidshiirev also incorporates collage into his paintings, while fabrics such as cotton, silk and hessian vary their surfaces. Their materiality, like the ger performances they complement, preserves a strong connection with both traditional and contemporary Mongolian life.

Mithu Sen works in a variety of media to explore and subvert hierarchical codes and rules. Through various devices and interventions she challenges our standards of social exchange, undermining the codes we come to rely on and recalibrating types of interaction.

View the work of Enkhbold Togmidshiirev and more on Level 3 at the Gallery of Modern Art until 16 June 2019 during ‘The 9th Asia Pacific Triennial of Contemporary Art’ APT9: Extended. 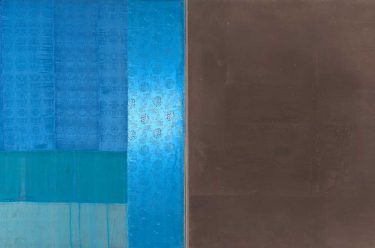