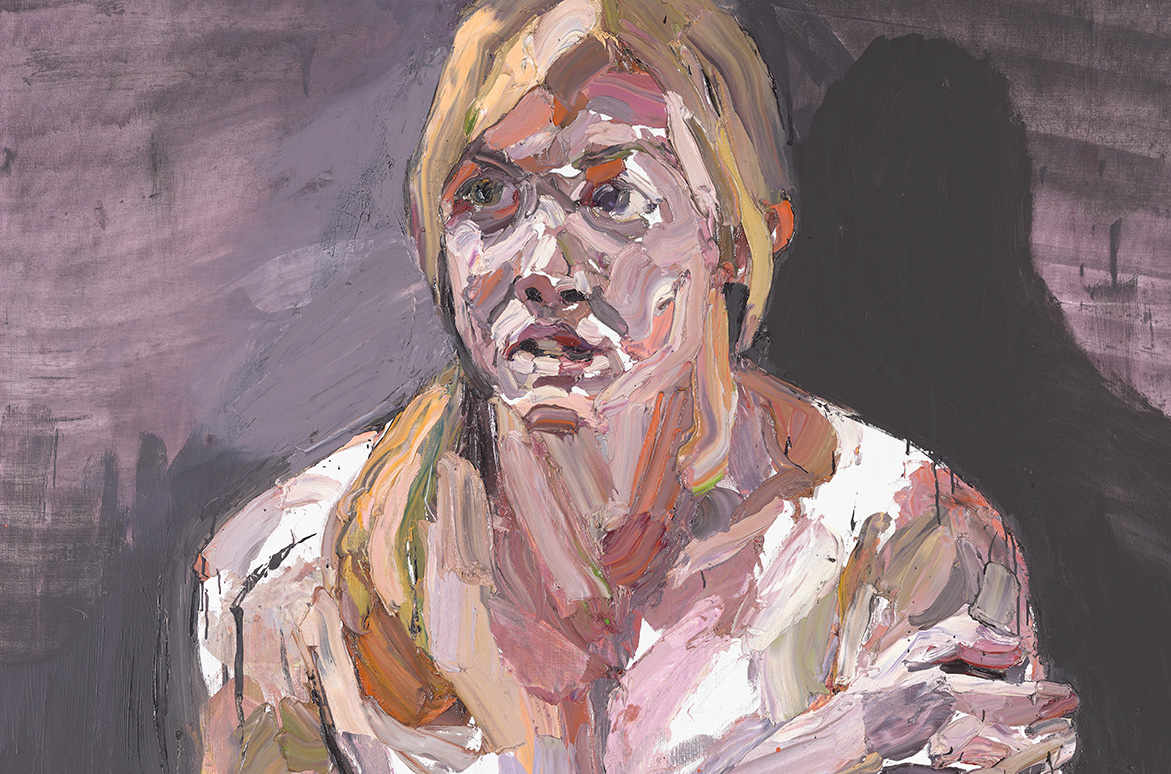 Ben Quilty is one of Australia’s most visible and most recognisable contemporary artists — known equally as well for his numerous humanitarian activities as for his ambitious impasto paintings. Quilty first came to attention for his images dealing with the risk-taking behaviour that he and his young male cohort would engage in — excessive drinking, drug-taking and dangerous driving in particular.

Emblematic of his social conscience, some of these car-themed works also intersected with Quilty’s long-held interest in ways that white Australia has continued to appropriate Aboriginal cultures. His paintings of the Holden Torana and Monaro — models that were then popular among his daring and delinquent friends — were in part chosen for their use of language.1

Shortly after winning the Archibald Prize with his portrait of the late, much-loved painter Margaret Olley, Quilty toured with Australian troops in October 2011 as part of the Australian War Memorial’s Official War Art Scheme. By his own admission, Quilty had a fear of being a participant of war since he was a child, and was robustly anti-war in his sentiments as a consequence. His time in Afghanistan, however, and more specifically his contact with the personnel in the context of their duties and the conditions they operated under, had greatly nuanced his attitude. Of his experience in Afghanistan, Quilty stated:

The first night we landed there two or three rockets landed within the compound of Kandahar… Before I went to Afghanistan, I guess I was anti-war. Most of the soldiers I met are. But the truth is far more complicated and the slogan is a simple one and I feel it does a huge disservice to the young people who are in Afghanistan.2

Quilty spent three weeks in Kabul, Kandahar and Tarin Kot observing Australia’s servicemen and women, and learning their stories. He made numerous sketches and took countless photographs of these personnel — both as records in their own right, and as notes for later works to be produced in his studio. On return to Australia, however, this material failed to translate into larger resolved works that captured the chaos, danger and burden of these soldier’s experiences. Trusted with these first-hand descriptions, Quilty felt an overwhelming responsibility to convey a deeper insight into the bravery and consequence of the situation.

As the soldiers that Quilty had been embedded with in Afghanistan returned to Australia, he invited them to visit his studio individually to catch-up and to pose for new portraits. Wanting to engage with their vulnerability — and to side-step the emotional shielding afforded by the uniform and protective clothing — Quilty asked his sitters to pose naked. Distinct from the typical military portrait in regalia, Quilty’s nudes capture the physical stature of these soldiers, but in a disarmed, and occasionally, in a clearly exhausted state. Their emotions are somewhat ambiguous, but raw and weighty. Away from their military units and the pressures of the frontline, the functional stoicism and humour that was essential to their survival gave way to residual burdens.3

Captain Kate Porter, after Afghanistan 2012 is clearly a picture of grit and strength, but also lingering tension and vigilance. The context that has led to her state is indicated by the title ‘after Afghanistan’, but the specific events are entirely absent. Instead of seeing the sitter in the wild and overwhelming conditions that we can deduce she has seen, we see her unmasked. Facing the sitter’s emotional and physical state in this way elicits an empathetic awareness rather than a rationalising approach. Had Quilty more directly rendered the events that the Captain found most difficult — as opposed to their impact — we might feel shocked or even appalled, but the painting would become a chronicle and explanation, rather than a focussed record of the sitter’s feeling. Perhaps unsurprisingly, some sitters were quite aware of their feelings, while others distanced themselves from the emotional burdens they were harbouring. Air Commodore John Oddie, for instance, acknowledged:

… either through a lack of insight or through an unwillingness… I wasn’t always admitting the truth to myself about my life. Ben really took that out and put it on the table in front of me like a three-course dinner and I said, well how about that? And you know, I sort of thought well, I’m not going to come to this restaurant again in a hurry!4

This is a caring portrayal of this sitter’s time spent in Afghanistan’s war zone, and a strong acknowledgement of the lasting emotional and psychological impacts of such exposure. As part of the larger ‘After Afghanistan’ series, this work is also emblematic of the wider experience endured by many Australians at war and performing peacekeeping missions. The legacy of such conflicts on individuals, their families and their communities, is often underrepresented in the media and historical account. The lasting stresses of fear and exhaustion, violence and destruction, can plague these heroic personnel throughout their lives. In that regard, this major work is not merely a formal and technical feat — but representative of a greater cultural maturation regarding the depiction of war within the Australian cultural context.