Should super heroes remain free to defend humanity without government interference? The debate ensues and escalates into an all-out feud in Captain America: Civil War 2016. Visit the Gallery of Modern Art’s Australian Cinémathèque then head over to ‘Marvel: Creating the Cinematic Universe’ to see never-before-seen set pieces from the film.

‘I’m doing what needs to be done, to stave off something worse.’

The complexity of accountability is at the core of this earthbound episode from The Winter Soldier directors Anthony and Joe Russo. The good-natured ribbing that has propelled the team so far turns to all-out war when far-reaching casualties from their defeat of Ultron in Sokovia prompt new calls to rein in the Avengers. A contrite Tony Stark supports accords that will put them under the control of the United Nations, while Steve Rogers argues that reassigning responsibility will subject them to shifting and unknowable agendas.

DELVE DEEPER INTO captain america AND THE MARVEL CINEMATIC UNIVERSE

Go behind the scenes to experience more than 500 unique objects seen in your favourite films, including iconic objects which offer a glimpse into the work of production designers, storyboarding and pre‑visualisation artists, costume and prop designers, and visual effects artists alongside the original comic books which introduced the characters and influenced the films. 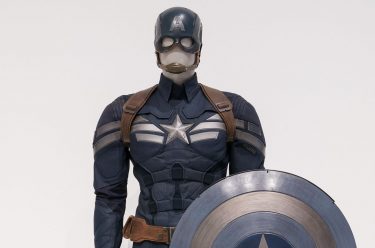 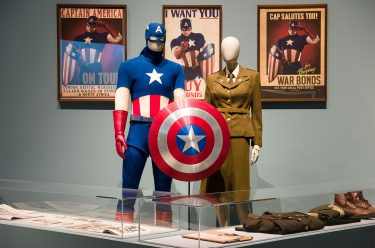