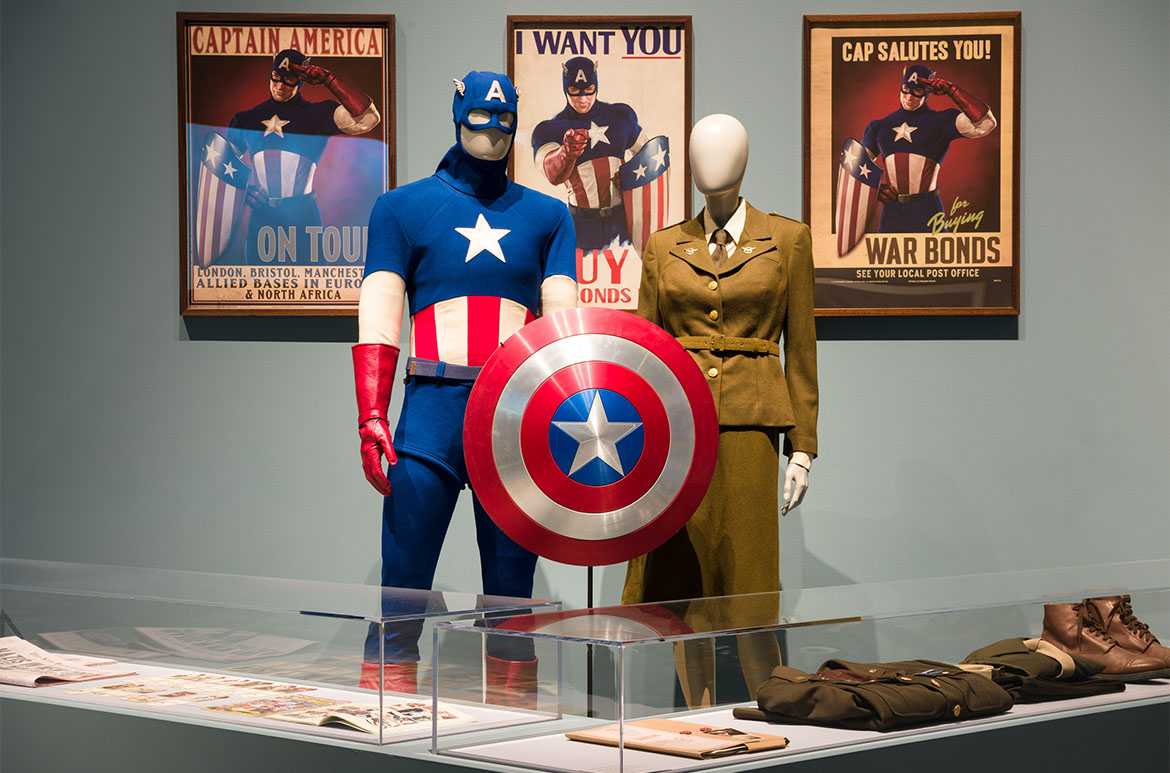 During World War Two, super-villainous Johann Schmidt (Hugo Weaving) steamrolls into a Norwegian town in search of the mythical Tesseract, while in Brooklyn, ‘Skinny’ Steve Rogers (Chris Evans) is refused enlistment in the war. Rogers’s grit nonetheless attracts the attention of Dr Abraham Erskine (Stanley Tucci) and he is enrolled in Project: Rebirth under Howard Stark (Dominic Cooper) and becomes the recipient of the super soldier serum. When his rogue rescue mission discovers Schmidt’s deep science felons Hydra channelling the Tesseract into experimental weaponry, Rogers is armed by Stark with a Vibranium shield, and Captain America fights his way through the war. Directed by Joe Johnston, The First Avenger is rooted in Captain America Comics #1, published in 1941 by Marvel’s predecessor Timely Comics.

‘So, what made you so special?’
‘Nothing. I’m just a kid from Brooklyn.’

Go behind the scenes to experience more than 500 unique objects from your favourite films, including Captain America’s shield, and iconic objects which offer a glimpse into the work of production designers, storyboarding and pre‑visualisation artists, costume and prop designers, and visual effects artists alongside the original comic books which introduced the characters and influenced the films.