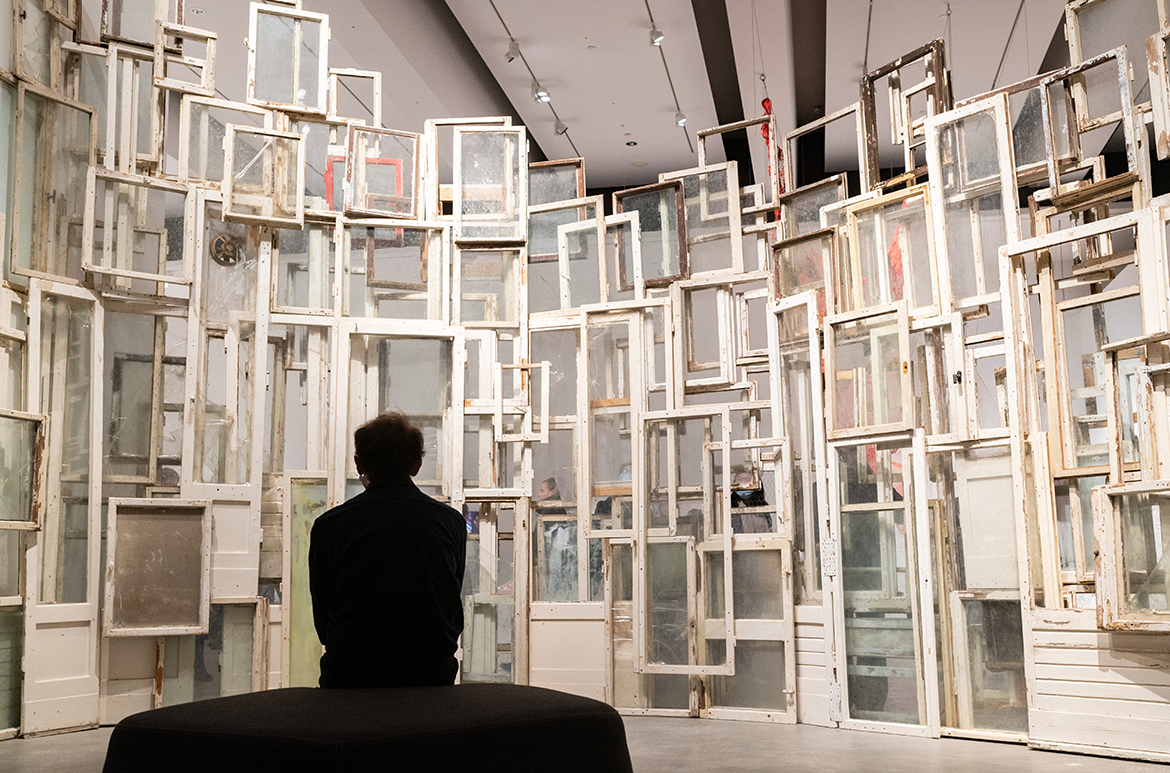 Around 2004, fifteen years after the fall of the Berlin Wall, Chiharu Shiota — who moved to Germany in 1996 and is currently based in Berlin — started making works using windows. At the time, Berlin was undergoing extensive redevelopment that included demolition of many buildings, and Shiota went around gathering up discarded windows. Windows exist as a boundary between the inside and outside of private spaces, but also call to mind the wall that separated East and West Germany.

The installation Inside – Outside (illustrated) uses around 230 window frames and can be viewed in ‘The Soul Trembles’ at the Gallery of Modern Art (GOMA), Brisbane until 3 October 2022.

Even now, (some) thirty years after the fall of the Berlin Wall, the city continues to transform itself, showing a different side of itself every day.

When I gaze at the windows that have been discarded at Berlin’s construction sites, I start to recall how east and west were separated from each other for twenty-eight years, and think about the lives of these people with the same nationality, speaking the same language, how they regarded life in Berlin, and what were on their minds. GOMA is the exclusive Australian venue for ‘Chiharu Shiota: The Soul Trembles’ in The Fairfax Gallery (1.1), Gallery 1.2 and the Eric & Marion Taylor Gallery (1.3), Gallery of Modern Art (GOMA), Brisbane from 18 June – 3 October 2022.