Paintings in ‘European Masterpieces from The Metropolitan Museum of Art, New York’ come to life with live artwork recreations by costumed models daily in The Studio ― located within the exhibition at the Gallery of Modern Art (GOMA). Draw using the materials supplied to create your own masterpiece, taking inspiration from the models and their surroundings.

The costumes were designed and created by Brisbane fashion duo Bulley Bulley who recently worked on Baz Luhrmann’s Elvis Presley biopic. Kiara and Bianca Bulley are experienced historical costume designers and researched European art and fashion to create the garments over a four-month period. They spent time talking through the fit and appropriate movement of the garments with the models, as well as the historic context of the gowns styling.

The elaborate replica costumes were chosen and styled from three works within the exhibition — Johannes Vermeer’s Allegory of the Catholic Faith c.1670-72; Jean-Baptiste Greuze’s Broken Eggs 1756; and Marie Denise Villers’ Marie Joséphine Charlotte du Val D’Ognes (died 1868) 1801 — as they highlight the change in fashion across the 17th, 18th and 19th centuries, becoming a social marker of their time. Each costume features intricate details such as corsetry, voluminous draped material, satin ribbons, and embellishments which are ideal features to draw. 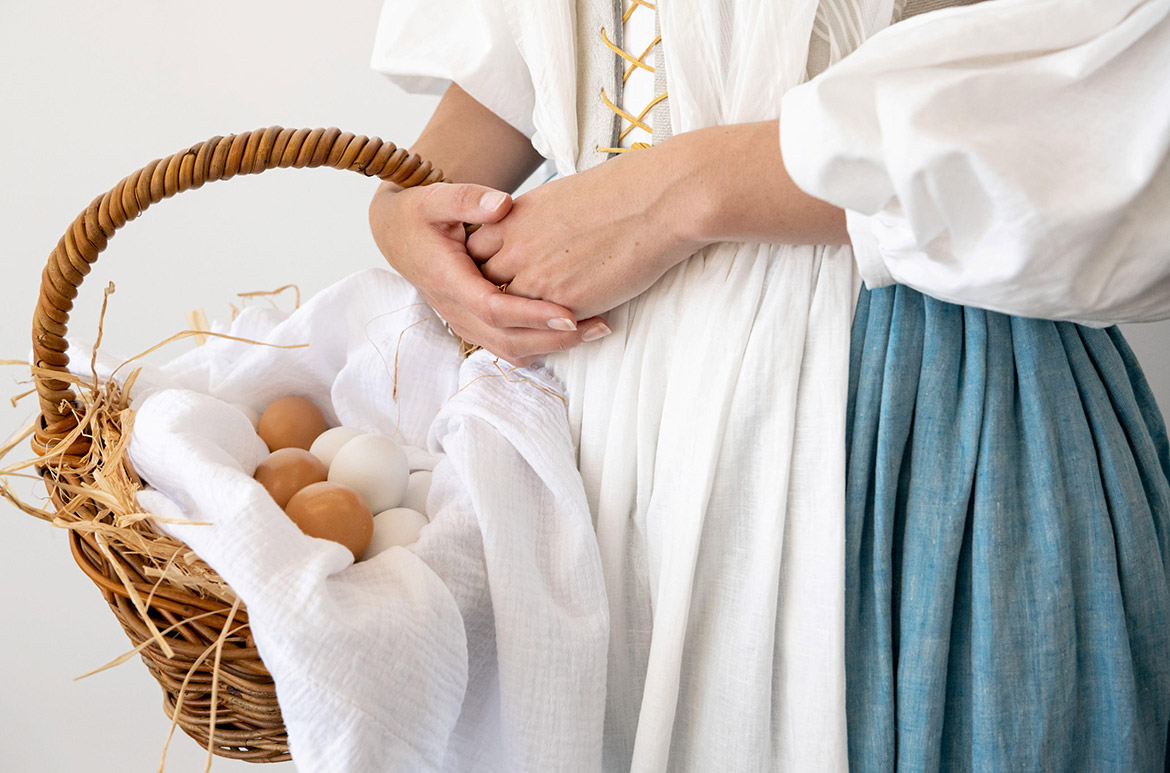 A hat created by Sydney-based milliner Bronwyn Shooks — whose work has appeared across theatre, film and television, most recently the Australian production of Hamilton — is based on one worn by Comtesse de la Châtre (Marie Charlotte Louise Perrette Aglaé Bontemps, 1762–1848) painted by Élisabeth Louise Vigée Le Brun in 1789.

The silk on the bow and brim edge was custom dyed to match the original tones in the portrait with the hat made of natural straw.

If you’re fascinated by historical costumes and accessories, these replicas entice you to pick up a pencil and draw whether you’re a beginner or an advanced artist. Watch our time-lapse as The Studio comes to life 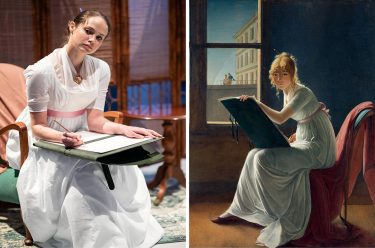