We live in a complex world. We know this because we are told so on a daily basis.

From podium-pounding political leaders to experts of all kinds, an unending stream of dire predictions infiltrates our lives through our ever-present electronic devices — global warming, overpopulation, financial instability, prejudice, terrorist attacks. The chatter is so constant it has become the white noise of our mundane routines, blending with our myriad personal challenges, uncertainties and insecurities, and influencing the way we view the world and those with whom we share it.

It’s an exhausting barrage. It disrupts our sense of peace and undermines our need for hope. It is little wonder that we escape to daydreams and fantasies to momentarily forget these competing realities, and to find control amid the chaos. Storytelling has been the release valve for our fears and anxieties for centuries. One of the most powerful forms of communication, storytelling gives shape to our lives and meaning to our experiences. No matter how destabilised our world, or how overwhelming the news and events confronting us, storytelling brings light to the darkness and certainty to the confusion, validating our feelings and illuminating pathways during difficult times.1

Once told around campfires, these stories are now found in numerous realms, but none quite so prevalent as the world of film and television. Communicators to the broadest of audiences, film and television have become the go-to forms of entertainment for our daily unwind, the fluidity and mutability of storytelling shifting and adapting to meet our needs in an ever-changing world. Whether solemn dramas or lighthearted comedies, these stories model ways for us to consider events and change in our own lives; they allow us to see how we might react and process similar circumstances or, simply, to find cathartic release through the experiences of others.

I don’t like bullies;
I don’t care where they’re from.

On September 11 2001, the World Trade Center in New York was attacked. As a result of the horror felt around the world, our stories changed to meet this new emotional landscape. Audiences withdrew from the hyper-violent film spectacles popular in the 1990s,2 and instead gravitated to stories offering respite from the fear and frustration played out in the daily news. Stories of seemingly ordinary people doing extraordinary things became a cinematic mainstay. Tales of adventure and overcoming adversity dominated the box office in a resurgence of back-to-basics heroic escapades that saw characters running towards danger, rather than from it.3 Heroes (with a capital ‘H’) were in demand and, alongside the fantasy juggernauts of The Lord of the Rings film trilogy (2001–03) and the Harry Potter series of films (2001–11), another phenomenon was beginning to emerge — the Super Hero film.

Presenting scenarios of good triumphing over evil, the Super Hero film aligned moral fortitude with muscle. Vigorously defending the social order against those who would disrupt and destroy it, these Super Heroes embodied the aspirational qualities of courage and determination with an innate sense of rightness. Dispensing justice with a sock to the jaw, Super Hero films tapped into the broader cultural need for grand mythological narratives, and they did so with a satisfying level of inherent retribution.

While Super Hero films were not new to the screen in the 2000s, their success with audiences to this point had been mixed. With Richard Donner’s Superman 1978 and Tim Burton’s Batman 1989 (both Warner Bros.) as notable exceptions, Super Hero films were generally plagued by clunky character adaptations and B-grade movie aesthetics. By the late 1990s, however, studios began to shake up their pulpy interpretations of what comic book adaptations could be.

Buoyed by the critical success of Barry Sonnenfeld’s Men in Black 1997 (Columbia Pictures) and Stephen Norrington’s Blade 1998 (New Line Cinema), studios began hiring directors and screenwriters who were more sympathetic to the comic book source material than their predecessors. Perhaps more importantly, they were also open to seeing the worlds these stories inhabited as parallel to — rather than as parodies of — our own.

Converging with changing audience appetites and studio realignment, technology represented another important factor contributing to the rising popularity of the Super Hero film. From the early 1980s, the quality of computer-generated imagery (CGI) used in films improved exponentially. Some 20 years after the first human CGI character was featured in the Michael Crichton-directed science fiction–horror film Looker 1981, the first virtual actor award was presented to Andy Serkis for his role as Gollum in The Lord of the Rings: The Two Towers 2002.4 This technological leap meant the fantastical worlds created by comic book writers and illustrators were finally able to be transformed into a combination of emotionally resonant characters and dazzling visual effects, which not only intrigued audiences, but also captured the style and tone fans had been craving.

Endnotes
1 Ira Chernus, Monsters to Destroy: The Neoconservative War on Terror and Sin, Paradigm Publishers, Boulder, Colo., 2006.
2 Action–thrillers dominated cinema screens in the 1990s. Films such as Terminator 2: Judgment Day 1991, Speed 1994, Mission: Impossible 1996 and Independence Day 1996 were part of a trend toward big budget, big explosion films featuring themes of domestic and foreign terrorism.
3 Family-friendly fantasy and adventure franchises, such as the Star Wars prequel trilogy 1999–2005, The Mummy series 1999–2008, Pirates of the Caribbean series 2003–17, Chronicles of Narnia trilogy 2005–10 and the Shrek series 2001–10, were prominent in the 2000s.
4 Andy Serkis was presented with the Best Digital Acting Performance award at the Critics’ Choice Movie Awards for his role as Gollum in The Lord of the Rings: The Two Towers 2002. 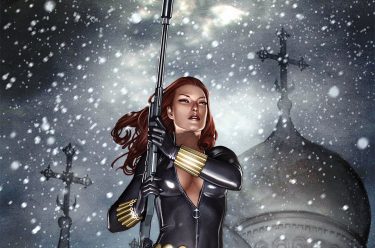