Renowned for creating artworks that explore the dilemmas of human existence, British artist Damien Hirst’s For the love of God, laugh rebels against mortality by transforming the human skull into a glittering object of desire. Coated with diamond dust, the print depicts Hirst’s sculptural work For the Love of God 2007, a platinum cast of an eighteenth‑century skull encrusted with 8601 diamonds.

A familiar motif in memento mori still lifes, the skull is a haunting symbol of contemplation and foreboding. Our attention is drawn to its smile — the real human teeth the only part of the work not covered by diamonds — bringing a sardonic humour and sense of contempt that suggests victory over decay.

Damien Hirst ‘For the love of God, laugh’

Damien Hirst ‘For the love of God’

Watch: The making of the sculptural work ‘For the Love of God’

A key figure in the Young British Artists (YBAs) movement in late 1980s and early ’90s Britain, Damien Hirst uses an unashamedly direct visual aesthetic to comment on the transience of life and the futility of wealth.

Inspired by Hirst’s site-specific installation Pharmacy 1992, a life-sized replica of a working British pharmacy, the Pharmacy matchbooks draw on the artist’s interest in medicine as a powerful belief system that offers an antidote to mortality. The images that appear on the front of the matchbooks include visual and typographical references to pharmacology, such as blood‑filled vials, pills and medical instruments. Bringing attention to the commercial pursuit of science — to offer a remedy for death and decay — Hirst juxtaposes these images with physical matches, igniting a sense of tension in the work.

On view in ‘Still Life Now’ which considers the way artists draw on ideas of the still-life tradition to explore issues of consumerism, beauty, power, postcolonialism and gender politics / Gallery of Modern Art (GOMA) from 24 September 2022 until 19 February 2023. 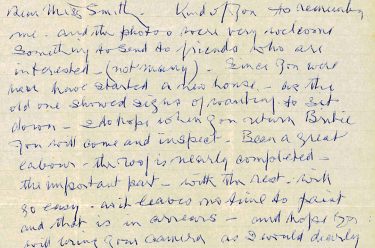