Taiwanese artist Yuan Goang-Ming’s affecting three-channel video Disappearing Landscapes – Passing II 2011 combines images of a dreamlike uninhabited city with scenes of ‘micro-documentation’ of the artist’s daily life in the deserted building where he made his home while creating the work.

Touching on bigger topics like civilisation versus ruin, it also refers more personally to the intrinsic incompatibility of Yuan’s joy at the birth of his child and sorrow at the death of his father during a short, four-month period.

A meditation on time and memory, the film shows Yuan’s home and the surrounding landscape through continuous linear sequences, using the movement of the camera and shifting film speeds to evoke acts of seeing, feeling and remembering. The work builds on the contrast between the warmth of his family life – including the reconstruction of his late father’s study, his own apartment and the camphor tree in his garden – with unsettling scenes of the sea, speeding roads and the debris accumulated in abandoned neighbouring houses. 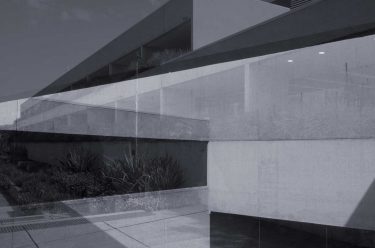