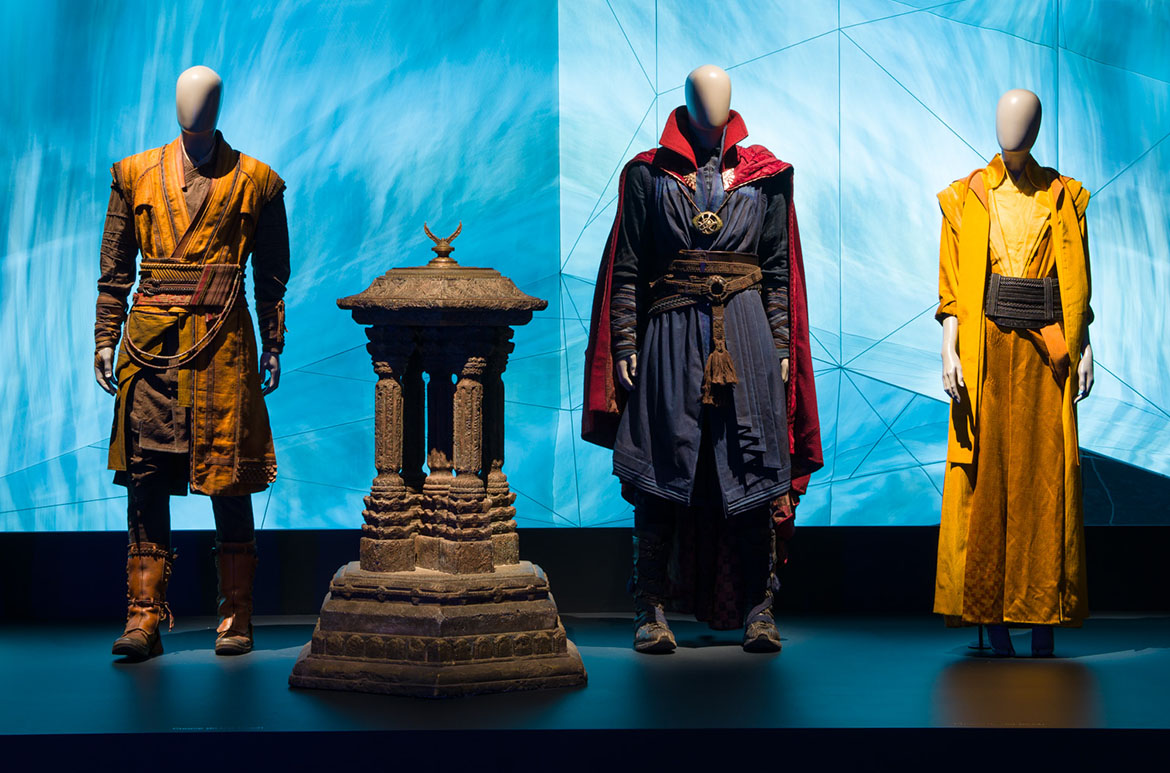 ‘Marvel: Creating the Cinematic Universe’ screens all the films including Doctor Strange 2016. This is a great opportunity to see the films then the never-before-seen set pieces which have inspired the exhibition. In Doctor Strange, director Scott Derrickson takes on the origin of masterful, but narcissistic, neurosurgeon Dr Stephen Strange (Benedict Cumberbatch), who irreversibly damages the nerves in his hands — the very source of his wealth and stardom.

‘We never lose our demons, we only learn to live above them.’

Exhausting his resources to seek a cure, Dr Strange is taken in at a temple for the mystic arts in Kathmandu by Karl Mordo (Chiwetel Ejiofor). Sceptical Strange resists the quiet insistence of the Ancient One (Tilda Swinton) that his mind can overcome infirmity, but he becomes a fast learner when she shows him his Astral form, mystical protals and other dimensions of reality.

Strange soon meets zealot Kaecilius (Mads Mikkelsen), who seeks to deliver Earth to Dormammu, a primordial entity from the Dark Dimension where wicked sorcerers draw their power. Where Thor steps into the mythic and Guardians of the Galaxy the galactic, Doctor Strange is the Cinematic Universe’s first embrace of the mystical.

DELVE DEEPER INTO DOCTOR STRANGE AND THE MARVEL CINEMATIC UNIVERSE