During the World Science Festival Brisbane 2018, the Australian Cinémathèque at GOMA in partnership with the Queensland Museum will present a program of documentaries and films that reflect on some of the expectations we have of our minds and bodies. These films consider how these expectations can be re-evaluated through deeper scientific understanding. The program includes free screenings for children.

The Empire of Scents Film & Dinner

The 2014 documentary The Empire of Scents (Wed 21 Mar) poetically captures the profound impact smell has on our memory, emotions and interaction with the each other.

On Saturday 24 March you can see the documentary followed by a specially crafted two-course tasting menu inspired by scent at the GOMA Restaurant. Hear from sensory scientist Dr Sandra Olarte Mantilla (University of Queensland), as well as commentary by guest sommelier Brenton Jull, who together will guide diners through a unique evening of food and wine.

Interesting facts: How do we perceive taste

Film program curator Rosie Hays talked with Dr Sandra Olarte Mantilla before this event to discuss sensory science and the way we taste and smell.

Rosie Hays | How do we perceive the things that we taste?

Sandra Olarte Mantilla | In everyday life we perceive taste and odour from the foods that we eat. However, taste and odour are perceived through different mechanisms. The different five taste qualities (sweet, salty, sour, bitter and umami) are perceived thought the different receptors that are located in our taste buds. The odour or smell comes from the volatile compounds found in the foods that we eat. We can detect the odours of these chemical compounds via the nose (by aspiration) or via the odours of the food that is in the mouth. We can also perceive other sensations from food such as the cooling from menthol or the burning from chilli. These sensations are due to the stimulation different foods can induce on trigeminal nerves. The interaction of the taste odour and the stimulation of trigeminal nerves from foods results in the flavours that we perceive from food.

RH | How important is context to what we taste? You sometimes carry out studies in a laboratory setting and sometimes in a restaurant. What impact does this have?

SOM | Context is very important not only to what we taste in real life but also for our experiments in the laboratory with consumers because ultimately we are part of a production chain that is creating real products for real people. When we conduct a taste test session in the laboratory and ask consumers to rate their acceptability for a series of products they might rate some very low. However, it could be that if the test is conducted in the normal consuming scenario the consumers might score that product higher.  Another context scenario is weather, if we ask our consumers to taste a red wine in a hot day their ratings might be completely different to what they will score in a cooler day.  However, conducting taste test experiments in real life consuming scenarios also presents some challenges, as the conditions might not be under scientifically controlled experimental conditions.  Other options that sensory scientist have to mitigate the context effect is to mimic real life consuming scenarios where experimental conditions can be controlled.

RH | ‘The Empire of Scents’ interviews a range of subjects who describe the way scent has shaped their lives. How does the documentary relate to the work you do?

SOM | The Empire of Scents is relevant to the work that we do, as we, as sensory scientists at QAAFI (Queensland Alliance for Agriculture and Food Innovation) together with our trained panel, are constantly tasting and describing sensory properties of products. During the tasting sessions, each of the twelve individuals of our trained panel is reaching into their memory banks to find words from their own experience to describe the sensory attributes (aroma, appearance, taste, texture) of the products that are in front of them.

It was also interesting to see that some of the people in The Empire of Scents were drawn to particular aromas – rosemary, wine, truffle, ocean breeze – which shows how different as individuals we all are. The ability to detect certain aromas could be due to our individual physiological differences. The physiological differences that make us be able to detect certain aromas or tastes easier than other people is the focus of our current research.

FOOD AND FILM: The Empire of Scents In partnership with the World Science Festival Brisbane, GOMA Restaurant and the Australian Cinémathèque, GOMA are hosting a special cinema and dining experience on Saturday 24 March.The evening will commence with a screening of The Empire of Scents 2014 at 4:30pm, a cinematic experience which poetically captures the profound impact smell has on our memory, emotions and interaction with each other, and our relationship with food. The screening will be followed by a specially crafted two-course tasting menu from 6.00pm inspired by scent at the GOMA Restaurant. Hear from sensory scientist Dr Sandra Olarte Mantilla (University of Queensland), as well as commentary by guest sommelier Brenton Jull (BJ), who together will guide diners through a unique evening of food and wine.

The World Science Festival Brisbane film program includes a free special screening of The Immortal Life of Henrietta Lacks 2017 (Sun 25 Mar) with a talk by Professor Jennifer Stow from the Institute of Molecular Bioscience, University of Queensland who will discuss the incredible impact Henrietta Lacks’s cells have had on cancer research. Oprah Winfrey shines in a spectacular lead performance in The Immortal Life of Henrietta Lacks. Told through the eyes of her daughter, Deborah Lacks (Winfrey), the film chronicles her search, aided by journalist Rebecca Skloot (Rose Byrne), to learn about the mother she never knew and to understand how the unauthorized harvesting of Lacks’ cancerous cells in 1951 led to unprecedented medical breakthroughs, changing countless lives and the face of medicine forever.

Rosie Hays is Associate Curator, Australian Cinémathèque, QAGOMA
Dr Sandra Orlarte Matilla is a Sensory & Consumer scientist working as a postdoctoral fellow at the University of Queensland in the Queensland Alliance for Agriculture and Food Innovation (QAAFI). Sandra started her career as a Sensory & Consumer Scientist ten years ago when she started her PhD in Wine science at the University of Adelaide. 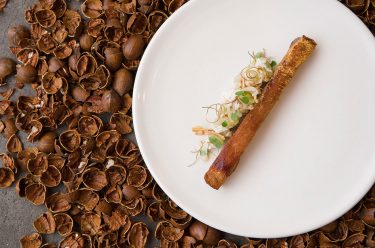