The Gallery’s Indigenous Australian Art gallery at the Queensland Art Gallery houses a range of works by artists from across the country and across time. When we engage in time-based discussions about the Dreaming, WEH Stanner’s concept of the ‘everywhen’ is useful, unifying and inclusive.

Aboriginal and Torres Strait Islander languages have many words to describe the complexity of spirituality, beliefs and worldviews derived from both the deeds of epic ancestors and the fabric of everyday life, from the deep, remote past through to today and into the future. In central Australia it is called Tjukurrpa by many Western Desert peoples. In the Kimberley, it is known as Ngarrankarni, and further east around the Canning Stock Route, the Martu people used the word Manguny. Yolngu peoples of Arnhem Land use Djang or Wongar, and in the Tiwi Islands, Palineri. Around Cairns the Djabugay use Bulurru, while in the Brisbane area, the word Mogwaidjan literally translates as ‘the place of spirits’. Across the continent, dozens more words — each informed by the land from which it arose — point to both the diversity of Aboriginal peoples and languages and to the centrality of this system of belief to Aboriginal life.1

The Arrernte word Alcheringa (Altyerrenge) was among the earliest recorded by anthropologists Spencer and Gillen and gave rise to the translation ‘Dreaming’ or ‘Dreamtime’.2 However, in 1953, anthropologist WEH Stanner noted that:

. . . neither ‘time’ nor ‘history’ as we understand them is involved in this meaning. I have never been able to discover any Aboriginal word for ‘time’ as an abstract concept. And the sense of ‘history’ is wholly alien here.3

It was this sense of ‘ahistoricality’ that Stanner sought to convey when introducing the neologism ‘everywhen’, in contrast to ‘Dreamtime’ — which maintains that Aboriginal concepts, worldview and people themselves, be locked in a mystical space and place in the distant past, far removed from the here and now.

Since the opening of the Gallery of Modern Art (GOMA), works created pre 1970 have been shown in QAG and post 1970 works have been shown in GOMA. From an Aboriginal viewpoint, this distinction is largely inconsequential, and today, works that speak to each other across these chronological distinctions are being reunited. In the newly re-established Indigenous Australian Art gallery at QAG, a display underpinned by the notion of ‘everywhen’ combines works from the mid 1900s through to 2014, from across the continent — works that speak to ‘everywhen’, from ‘everywhere’.

Favourites, forgotten masterpieces and contemporary counterpoints from the Collection are all featured. A group of bark paintings, in which icons float on a black background, were collected in 1948 at Groote Eylandt by the American–Australian Scientific Expedition to Arnhem Land, a scientific expedition led by rogue anthropologist Charles Mountford. In 1956, at the annual meeting of state gallery directors, each institution chose 24 works for their own collection; this was our first major acquisition of works from an Aboriginal tradition.

Nym Bandak, one of the most important figures in early Aboriginal art, is featured with one major painting on masonite board, created in direct response to a map Stanner made of Bandak’s Diminh country.

After seeing the anthropologist’s topographical survey of his land, Bandak responded in kind, revealing story places both on the land and in the sky. This moment clearly illustrated the difference in vision between Aboriginal and new European Australians, and Bandak and Stanner would go on to work together, leaving an incredible legacy. Bandak was one of the key Aboriginal collaborators that helped Stanner to conceive his cross-cultural understandings.

At the heart of the display stands a large military-style tent, a replica of the Aboriginal Tent Embassy in Canberra, by political artist and Australian cultural agitator Richard Bell. Although recently created, the work carries the spirit of the empowerment struggles of Australia’s Indigenous peoples of the 1970s. The Embassy was erected in 1972 as a poignant but humorous response to then prime minister William McMahon’s Australia Day announcement that no form of Aboriginal ownership of land would be recognised under the colonially imposed Australian legal system.4 Bell’s work embraces the energy of the era and importantly allows wider dialogues with the works in the space: Yirawala’s opposition to mining in Arnhem Land, which became a driving force behind his art production; the fervent work of the Papunya painters, who recorded their stories after being forcibly removed from their land; and the myriad other rarely recounted political stories that provide a wider Australian cultural context to the work of these great Aboriginal artists.

Titled Imagining Victory, Bell’s installation is not merely the reproduction of a political moment, but a space in which he challenges viewers to engage in an often difficult dialogue, and a place where we are encouraged to imagine what a victory for Aboriginal rights — particularly for Aboriginal sovereignty — would look like in a more equal future Australia.

Stanner concluded in his essay on the Dreaming that ‘the truth [of the Dreaming] seems to be that man, society and nature, and past, present and future, are at one together in a unitary system’.5 Here, works that reveal the past, operate in the present and imagine our future give an insight into Aboriginal histories, art, cultures and worldviews.

Endnotes
1 For more background on different words associated with the Dreaming, and a longer discussion, see http://theconversation.com/dreamtime-and-the-dreaming-anintroduction-20833.
2 ‘We have hitherto spoken of the Alcheringa in general terms, using the word to denote the whole period during which the mythical ancestors of the present Arunta tribe existed’, in Baldwin Spencer and FJ Gillen, The Native Tribes of Central Australia, London, Macmillan and Co., Ltd, 1899, p.387.
3 WEH Stanner, ‘The Dreaming’ (1953), in The Dreaming and Other Essays, Black Inc. Agenda, Melbourne, 2010, pp.57–72.
4 Stanner.
5 ‘Collaborating for indigenous rights’ web portal, National Museum of Australia website, http://indigenousrights.net.au/land_rights/aboriginal_embassy,_1972/background, accessed 12 December 2014. 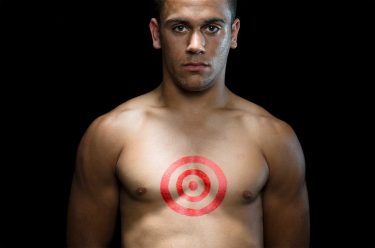