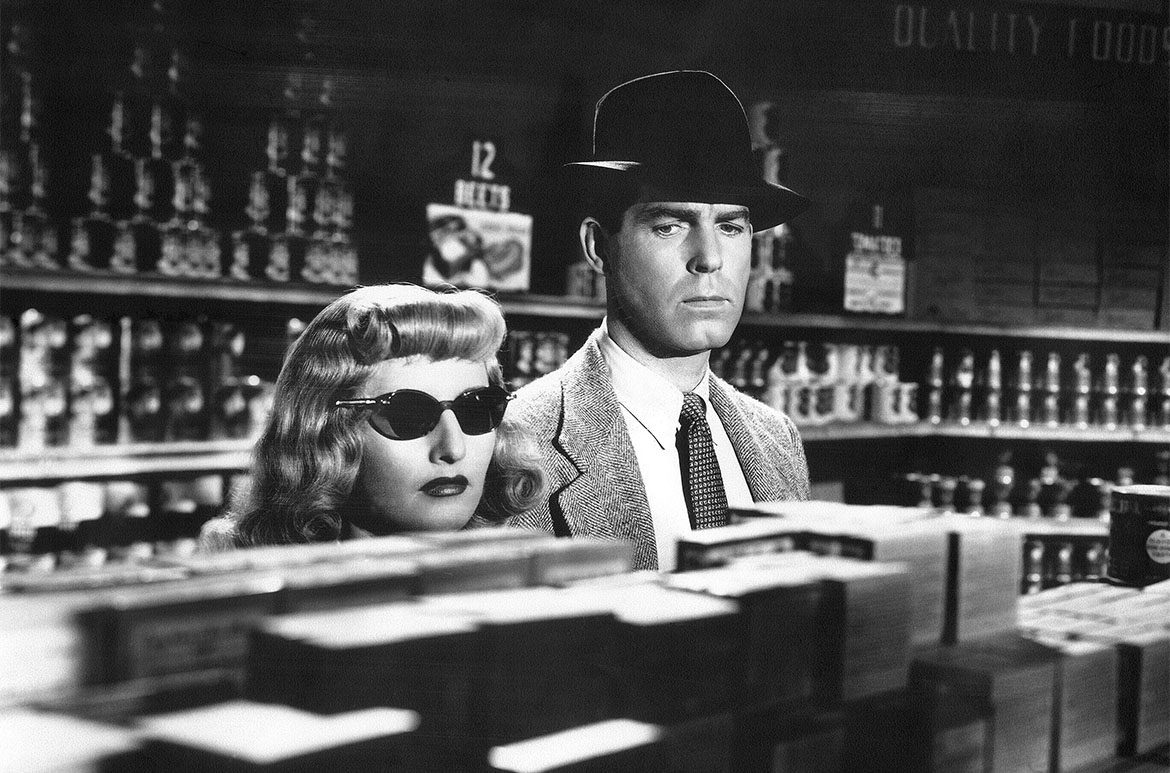 Cynical and seductive, film noir was born in the ashes of the Great Depression and fuelled by disillusionment and the paranoia of the postwar era.

Film noir is one of the most visually seductive and enduring cinematic styles, conjuring evocative images of hard-eyed femme fatales lounging in smoky dive bars, and the down-on-his-luck private eye chasing petty criminals through murky alleyways. Sexy, smart and sinister, film noir rose to prominence in the 1940s and 50s, offering the viewing public escapism from the communal anxieties, paranoia, and feelings of alienation that had begun to build in the 1920s with the Depression. Further influenced by the disillusionment of those fleeing the rise of Nazism in Europe, World War Two, and the threat of nuclear weapons during the Cold War, these films resonated with the prevailing social discontent of the era.

As stylish as it was cynical, film noir married the aesthetic of German expressionist cinema — which employed unusual camera angles and explored the ways that light, shadow and contrast could strategically enhance the narrative — with Hollywood’s highly romanticised Depression-era crime films, to create an identifiably North American cinematic style. With its realistic settings and penchant for low, dramatic lighting, film noir was a natural choice for many studios unable to fund the big-budget musicals and comedies also popular at the time — a decision further supported by the development of lighter and more portable cameras and associated equipment during World War Two, which made location shooting an affordable alternative.

The development of film noir, literally ‘black film or cinema’ as coined by French critics, was further enhanced by the paperback novels of this period. With their sharp, witty dialogue, edgy, venerable characters, and twisting plots of betrayal and greed, novelists Raymond Chandler, Dashiell Hammett and James M Cain encapsulated Hollywood’s fascination with their dark themes of moral ambiguity and corruption, and attracted the attention of accomplished directors, including exiled European filmmakers Fritz Lang, Robert Siodmak, Billy Wilder and Otto Preminger, alongside their North American counterparts John Huston, Orson Welles and Nicholas Ray.