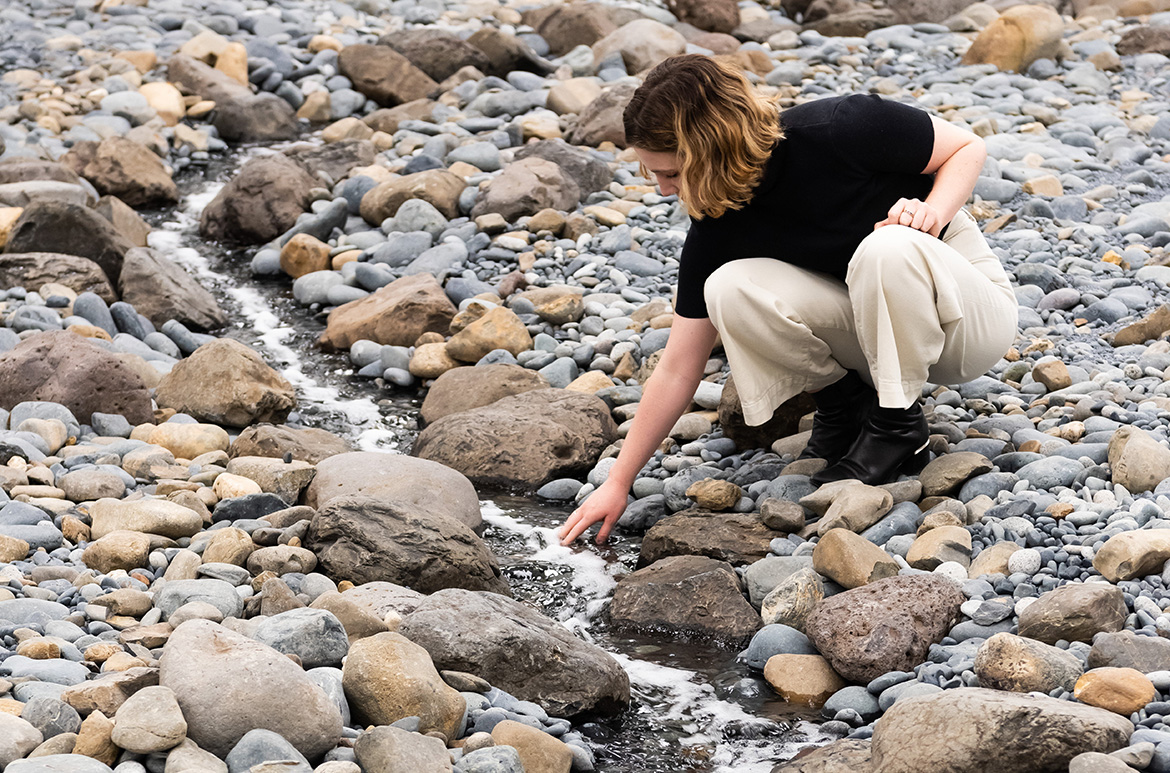 In May, the QAGOMA Trustees announced the first artworks to be acquired through The Josephine Ulrick and Win Schubert Charitable Trust, established in 2018 with the extraordinary $35 million bequest of the late Win Schubert AO (1937–2017). Here, curators Geraldine Kirrihi Barlow, Sophie Rose and Samantha Littley introduce these landmark acquisitions.

Win Schubert AO was one of the Gallery’s greatest supporters during her lifetime, enabling the acquisition of over 100 works of art. A carefully planned gift in her Will — and the most substantial philanthropic gift in the Gallery’s history — established The Josephine Ulrick and Win Schubert Charitable Trust to enable the acquisition of major Australian and international artworks, created in or after 1880, for the advancement of art education in Australia. Thanks to Mrs Schubert’s inspiring generosity, two ambitious large-scale works by internationally renowned artists Olafur Eliasson and Tacita Dean CBE, and two series of intricate and enthralling low-relief sculptures by senior Australian artist Fiona Hall AO, have now found a permanent home at QAGOMA.

Visitors to the Gallery’s 2019 exhibition ‘Water’ will recall Olafur Eliasson’s spectacular indoor landscape of rock and flowing water. Riverbed 2014 welcomes us to a space of play and imagination. Within this Icelandic-inspired terrain, we become conscious of how we walk, of the path we choose, the sound of our footsteps, the musical resonance of stone upon stone, and the pace of our journey.

Eliasson gives no instructions to the visitors to his work. Rather, we are invited to cross the landscape on our own terms. Some will follow other people in the space, others might climb straight to the water source, and many will find their own path across the rocks. Riverbed quietly reveals these small, individual decisions, while also reflecting how well we navigate communal space within a group.

Eliasson asks: ‘When is the work contemplative and when is it disturbing?’1 Is Riverbed a primordial landscape, anticipating life on Earth, or might it be the last precious water source in a barren, post-apocalyptic future? Either way, the trickling stream reminds us of water’s vital importance to all ecologies, now and into the future.

A precipice between land, sea and air is the subject of Tacita Dean’s Chalk Fall 2018. In this monumental chalkboard drawing, Dean details the iconic White Cliffs of Dover on England’s southern coastline, themselves largely composed of chalk.

At first glance, the rock face seems solid, a natural fortress. Looking closely, however, we see the ocean waves churning at its base, the central portion of which is giving way to the force of the waves and falling into the water. The white of the foaming waves intermingles with the white dust of the fragmenting cliff.

Chalk Fall considers other types of fragility. The famous cliffs are increasingly affected by climate change and rising sea levels, and their natural pace of erosion has multiplied tenfold over the last 150 years. Created in 2018, two years after the Brexit referendum, the work also reflects on the dissolving connections between the United Kingdom and Europe. The cliffs face the northern coast of France, which lies only 34 kilometres away. In Chalk Fall, we see this outward-facing edge crumble.

For Dean, the creation of this chalkboard drawing was intensely personal. Made over a period of months, she worked from top to bottom using a cherry picker. At the beginning of the process, her close friend Keith Collins was diagnosed with a tumour: ‘Every day, I wrote the date on the board, chalking chalk with chalk in a sedimentation of time and emotion that had a terrible constructive intensity’.2 Chalk Fall is a landscape, a history painting, a journal, and a record of a friendship.

Leading Australian artist Fiona Hall uses a range of mediums to explore the nexus between nature and culture, creating complex artworks that tackle compelling contemporary concerns. In these interrelated works, she asks us to consider ourselves in relation to others across both human and natural domains.

Diminutive and intellectually ambitious, these artworks epitomise Hall’s dedication to expanding the capacity of her materials. In this case, she has repurposed aluminium from soft-drink cans, pressing the metal into shape with a repoussé technique to create low-relief sculptures of human body parts and sexual organs, and encasing them in sardine tins crowned with culturally significant flora. The unexpected couplings suggest connections between the reproductive systems of humans and plants, acknowledging the botanical classification system developed by Carolus Linnaeus around 1735.3

The series title ‘Paradisus Terrestris’ (‘Paradise of the Earth’) is the collective name for a body of work that occupied Hall for ten years from 1989.4 The sculptures acquired through the Trust are the third and fourth iterations in the series: the Australian set addresses debates around native title; while the Sri Lankan set alludes to the civil war that afflicted Sri Lanka from 1983 to 2009.

Referencing the postcolonial histories of these two countries, the title of each sculpture includes the respective Indigenous Australian or Sri Lankan (Tamil and Sinhala) names for the species depicted, its corresponding Linnean classification, and its common English name. Hall has commented on this multilingual methodology in relation to her earlier work Paradisus Terrestris Entitled 1996–97 (National Gallery of Victoria), explaining:

this land [Australia] and the plants that grow in it and the people whose land that it originally was, have together a very long history of co-existence that must be acknowledged and respected. The multiple parallel systems of names seems to eloquently indicate widely different outlooks and levels of awareness.5

Exploring the fragility of the natural world and our relationship to it, these significant acquisitions are a fitting testament to Mrs Schubert’s tremendous generosity and desire for art to inspire curiosity, prompt contemplation and enrich the lives of future generations of visitors. An enduring gift to the people of Queensland, more major Australian and international artworks will join The Josephine Ulrick and Win Schubert Charitable Trust Collection in the years ahead. For more information on including a gift to the Gallery in your Will, please contact Lucy Whyte, Bequest and Communications Officer, on (07) 3840 7287 or email foundation@qagoma.qld.gov.au. All inquiries are treated confidentially.