It has been my distinct pleasure, as Director of this Gallery, to form a close working relationship with Tim Fairfax. It’s a delight to work with a benefactor so receptive to new ideas, but whose spirit of generosity is so well grounded. Never perturbed by the marvellous diversity of works we put forward, he leaves things to us: “it’s your collection to build”; “you’re the experts”. It’s clear, though, that Tim takes unvarnished joy in the new world of international art his giving creates for the Gallery and for its visitors. And this, I think, is where he finds his greatest joy – in the equally unvarnished responses of ordinary people, particularly of children, to the experience and the wonder of contemporary art.

Tim Fairfax has allowed QAGOMA to play large in a way that has spectacularly expanded our ability to commission and to collect. Such altruism and freedom to act in the interests of art and its audience is rare, and we are all the more deeply grateful to him for that.

These acquisitions on display in ‘A World View: The Tim Fairfax Gift’ have ‘movement’ as their connector. Movement found in the refracted mirrors of Nasseri’s Epistrophy; the mechanical whoosh of Favaretto’s Gummo; or the die-hard fans not quite ‘thrilling’ us in Breitz’s King (a portrait of Michael Jackson).

The Tim Fairfax Gift includes an astonishing 75 works from every corner of the globe – works by turns intimate, spectacular and sublime. A second chapter – opening in December, when GOMA turns 10 – will showcase the scale of both this gift and of the GOMA building itself. It marks the return of Tomas Saraceno’s fabulous Biospheres and an exciting new large-scale light commission from Anthony McCall, and it will further reveal the extent to which we continue to be enriched by the transformative nature and the good grace of Tim Fairfax’s giving. 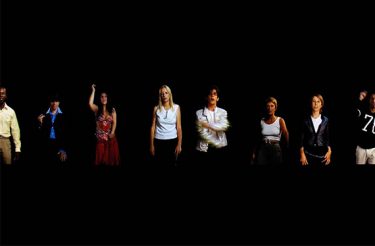