The QAGOMA Future Collective brings together a group of young people who love art, enjoy the Gallery and want to show their support and involvement. The Foundation speaks to Charlie Smallhorn, a current member of the Future Collective who helped us shape the group at its earliest stages.

QAGOMA | What is one of your memories of QAGOMA?

Charlie Smallhorn | I developed a true appreciation for art galleries whilst living in London in my mid-twenties. I saw the Olafur Eliasson’s The Weather Project 2003 in the Turbine Hall at the Tate Modern and it was brilliant at captivating an audience. When I returned home to Brisbane I was thrilled to see what QAGOMA had brought to our great city. Art space is an invaluable part of the fabric of all great cities and QAGOMA provides a magnificent platform for the arts in this city.

QAGOMA | By day, you enjoy a busy career in the finance sector, and by night you’ve been helping us to conceive the Future Collective and steer it in its first two years. We think that the time and insight you’ve lent has been both outstanding and important in forming the identity of the Future Collective. What has the ongoing journey of bringing together a group of young donors like this meant for you?

CS | For me the Future Collective is fun; it provides a definite change of scenery from my working week. I get a big sense of satisfaction being involved with the Future Collective. While it is still early days for the group, we can already see that it will grow and be a fantastic collaboration that contributes to the evolution of the gallery. As Future Collective members, we enjoy the Gallery on an exclusive basis, learn about art and meet new and interesting people, all the while supporting upcoming Australian artists and QAGOMA more broadly. I get a buzz out of new ways to think about the world, viewing it through the eyes of artists.

QAGOMA | We like to think that the Future Collective brings its members just that little bit closer – to the art, to artists and curators, to conservators and collectors, and, of course, to each other. Can you mention one thing – an experience, an encounter or something that you’ve heard or seen – that has stood out to you while you’ve been involved with the Future Collective?

CS | Future Collective events showcase QAGOMA at its best. The passion showed by the team to bring all the Future Collective members closer to art and artists, curators and collectors is inspirational. In April we enjoyed an evening where panellists discussed art collecting from different perspectives — a group consisting of an art consultant, a former gallerist as well as a few really passionate collectors shared their experiences building private and public collections. As an observer I picked up some great tips, one of which was how to ensure the authenticity of art pieces. It was great to explore what drives peoples’ passions and makes them happy. I have much to learn but the great thing is the group is really relaxed and enjoyable.

Our next event, the Future Collective Revel 2016 is set to be a great party at GOMA on Saturday 23 July, so come along and revel with us!

Join QAGOMA’s newest and youngest supporters, the Future Collective, for the first gala at GOMA as we lower the lights for an extravaganza of contemporary art, live music, cocktails, and culinary delights.
All proceeds of Revel 2016 will support the ongoing development of the Gallery through the QAGOMA Foundation 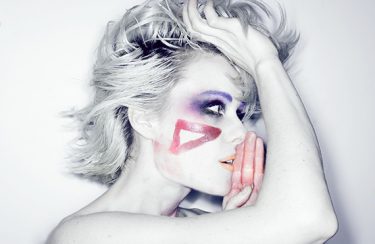