How often does a five metre high, five and a half tonne bronze sculpture, arrive by barge on the Brisbane river with the aim to be lifted by crane on to the back of a truck, just to be slowly driven a few meters into position before being installed by a fearless team?

Well, on Wednesday 14 November 2012 this actually happened. QAGOMA’s major public sculpture The World Turns by international artist Michael Parekowhai was installed on the banks of the Brisbane River outside the Gallery of Modern Art (GOMA). The sculpture was commissioned in 2011 to mark the fifth anniversary of the opening of GOMA and twenty years of ‘The Asia Pacific Triennial of Contemporary Art’ (APT).

The World Turns 2011-12 consists of three interrelated life-sized elements cast in bronze: a massive bookend in the form of an Indian elephant tipped on its head; easily overlooked, a kuril, the local native water rat; and a chair, which invites the viewer to sit and contemplate the work. The sculpture’s placement with the spectacular Brisbane skyline in the background adds to the overall appreciation.

Nestled beside GOMA and the State Library of Queensland and easily viewed from the river, you’d be excused for missing the animal encounter on foot, as its not a well-trodden thoroughfare, however its definitely worth the visit next time you are in the Cultural Precinct.

Parekowhai is known for the use of wry humour and his skilful combination of popular culture, art, literature and history. Along with the traditional Aboriginal custodians, the kuril is one of the caretakers of the land upon which the Gallery stands. Here, the kuril is planted firmly on the ground, going about its business grooming its fur, even though the world is upturned from its axis — represented by the upturned elephant bookend — its positioning referencing the nearby library.

The sculpture reminds us that history is often recorded to highlight specific moments, but, as the world turns, there are many other stories, and these are central to our understanding of history. Visit ‘The World Turns’ at GOMA 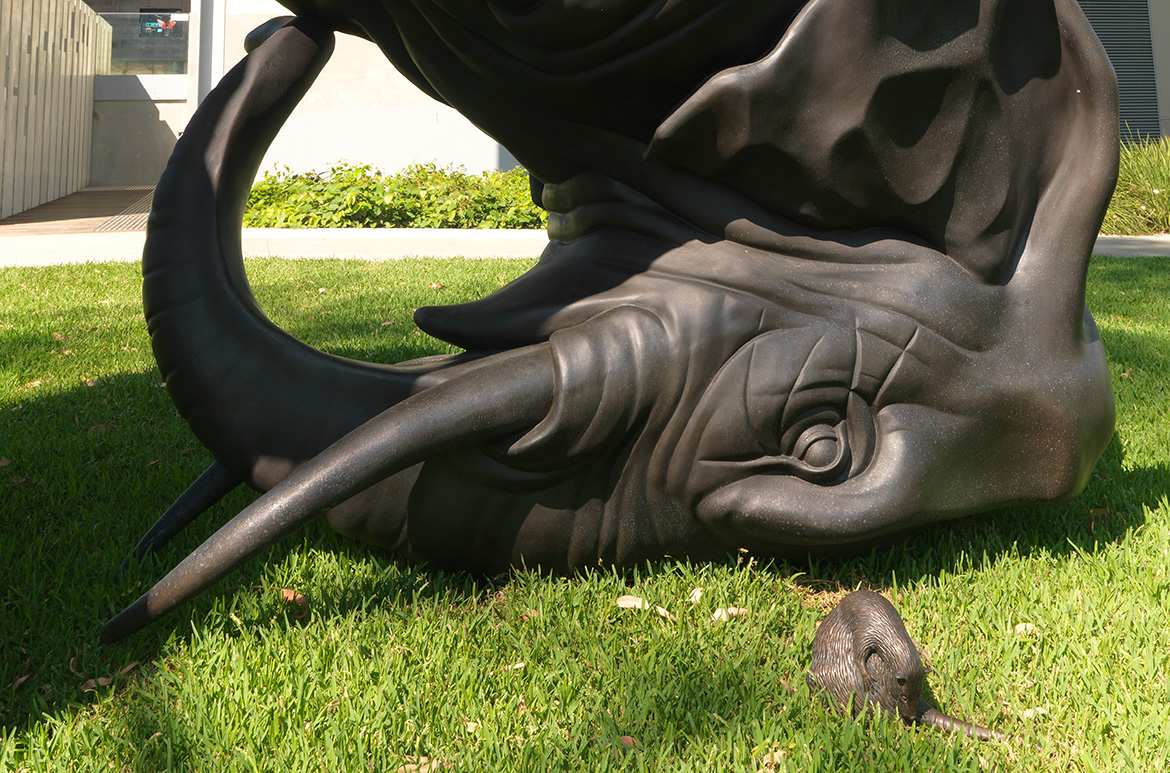 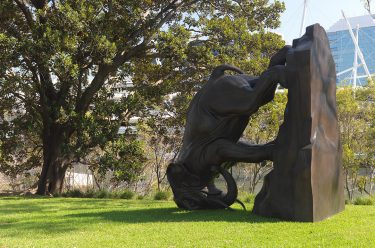