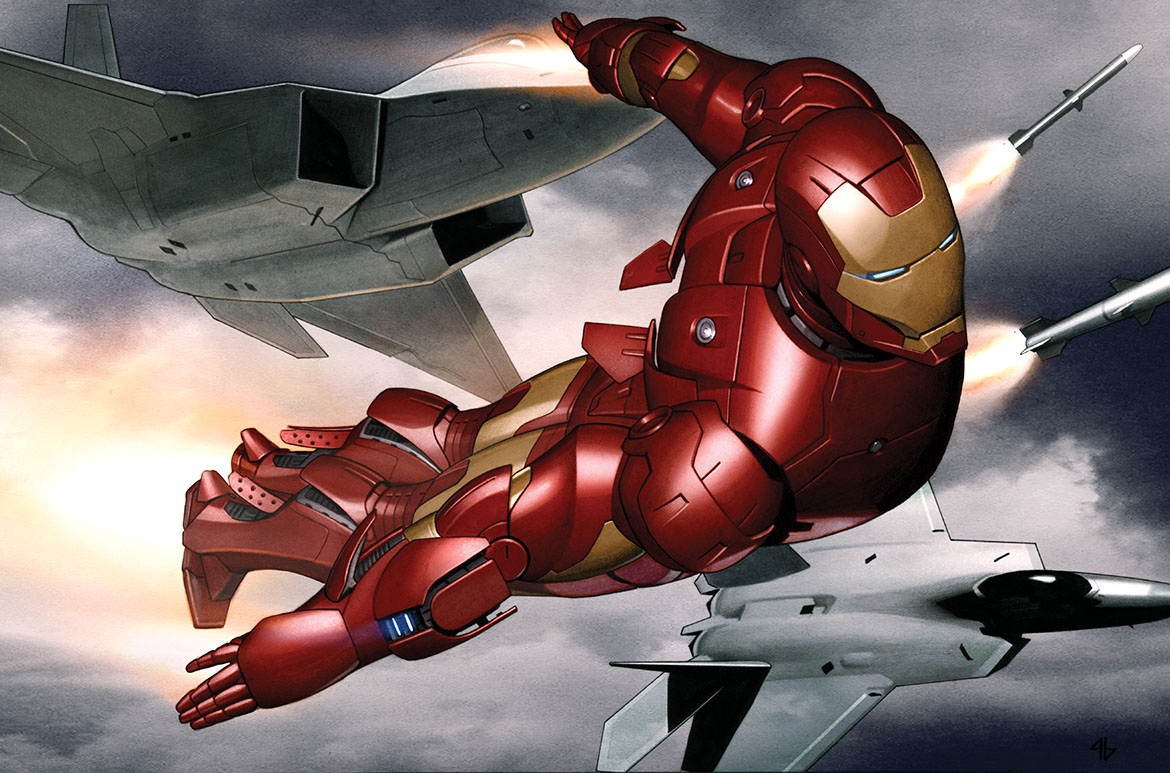 When the studio launched Iron Man, the film’s post-credit sequence declared a bold, long-term vision — ‘You are not alone, Tony Stark. Your friends in the Marvel Universe are coming out to play’. Unfurling a new animated logo featuring a ‘flipbook’ of comic pages fluttering across the brand, Marvel proclaimed to fans the company’s pride in its comic book roots, and to the industry its intention to carve its own cinematic niche on the steps of Hollywood.1

‘You think you’re the only Super Hero in the world? Mr Stark, you’ve become part of the bigger universe. You just don’t know it yet.’

Arguably, Iron Man was the cinematic move Marvel fans had been longing for. The comics of the Marvel Universe had built a strong and loyal fan base through the idea of a shared, interconnected space. Unlike their industry counterparts who had developed separate worlds accounting for multiple storylines, Marvel differentiated themselves in the 1960s by creating a collective space where characters, whether street-level heroes from Brooklyn or gods from Asgard, could intermingle.2 A methodology conceived by Marvel staffers Stan Lee, Jack Kirby and the famed Marvel ‘Bullpen’ over 50 years ago,3 this approach has created a rich and complex communal history, one which not only built familial relationships within the Marvel world, but also with audiences.

The Marvel Cinematic Universe was conceived to translate the comic book experience into a cinematic realm. Currently scheduled in a series of three narrative chapters, known colloquially as ‘phases’, the films distil years of complex storytelling into an interconnected and cogent narrative with each successive film expanding to include new characters and frontiers. Often working with independent filmmakers skilled in directing both feature films and television series, the films of the Marvel Cinematic Universe have become known for their playful sense of humour and a willingness to take genre-melding risks; Marvel grafts the action–adventure Super Hero narrative to wide-ranging genres, such as the techno thriller (Iron Man 2008), the espionage drama (Captain America: The Winter Soldier 2014) and the heist film (Ant-Man 2015).

Launching in 2008 with the charismatic Tony Stark in Iron Man, ‘Phase One’ delivered another four self-titled films: The Incredible Hulk 2008, featuring brilliant scientist Dr Bruce Banner and his dual personality, the enraged Hulk; Iron Man 2 2010, introducing former Russian Spy Natasha Romanoff (aka Black Widow) alongside the titular hero; Thor 2011, an interplanetary Asgardian prince and his brother Loki; and Captain America: The First Avenger 2011, featuring Steve Rogers as the failed army recruit turned government Super Soldier Captain America. Culminating in the ensemble film Marvel’s The Avengers 2012 — united with marksman Clint Barton (aka Hawkeye) and under the guidance of Nick Fury, director of S.H.I.E.L.D. — the Avengers became the ‘Earth’s Mightiest Heroes’ and, in a mere 143 minutes, they saved humanity from alien enslavement and punished the villainous Loki.

A bold collective piece with a cathartic level of old-fashioned, smashysmashy, good-versus-evil pummelling, Marvel’s The Avengers was the result of four years of cinematic groundwork that set the tone for the next phase. Balancing the creative energies of its changing roster of directors with a recurring cast and narrative continuity, which was, by now, an audience expectation, Marvel’s The Avengers was proof that a unified big-screen universe was possible, an achievement that sent similar franchises scrambling to emulate it.

Phase Two successfully built on Phase One’s groundwork, continuing the template of several singular hero-centric films and again concluding with an ensemble piece: Iron Man 3 2013, Thor: The Dark World 2013 and Captain America: The Winter Soldier 2014 were followed by the collaborative Avengers: Age of Ultron 2015. Two additional films featured fresh faces: the quirky space opera Guardians of the Galaxy 2014, with its cast of comic alien characters led by roguish half-human Peter Quill (aka Star-Lord), and Ant-Man 2015, featuring former thief Scott Lang, who shrinks to the size of an ant with the help of a high-tech suit. The success of these two films, showcasing largely lesser-known comic book characters, is testament to both the versatility of the Marvel back catalogue and the willingness of audiences to trust the unknown, based largely on brand alone.

By 2017’s end, the Marvel Cinematic Universe will have released 17 films over a nine-year period. Recent films Captain America: Civil War 2016, Doctor Strange 2016, Guardians of the Galaxy Vol. 2 2017 and Spider-Man: Homecoming 2017 have witnessed a further expansion of the Universe and a procession of new characters — a post-origin story of Spider-Man (co-produced with Sony Pictures); Black Panther, aka King T’Challa of Wakanda, who will be seen again in Black Panther 2018; and Doctor Stephen Strange, an egocentric former neurosurgeon with an interest in the mystic arts.

With each successive film, the Marvel Cinematic Universe grows ever more intricate as it expands, its success heavily reliant on the company’s long-term release schedule — now stretching to 2020 — designed to strategically introduce a rolling array of characters, settings and adventures. Developed concurrently, and up to a decade in advance of release, the films comprising the Marvel Cinematic Universe represent an all-encompassing cinematic vision.