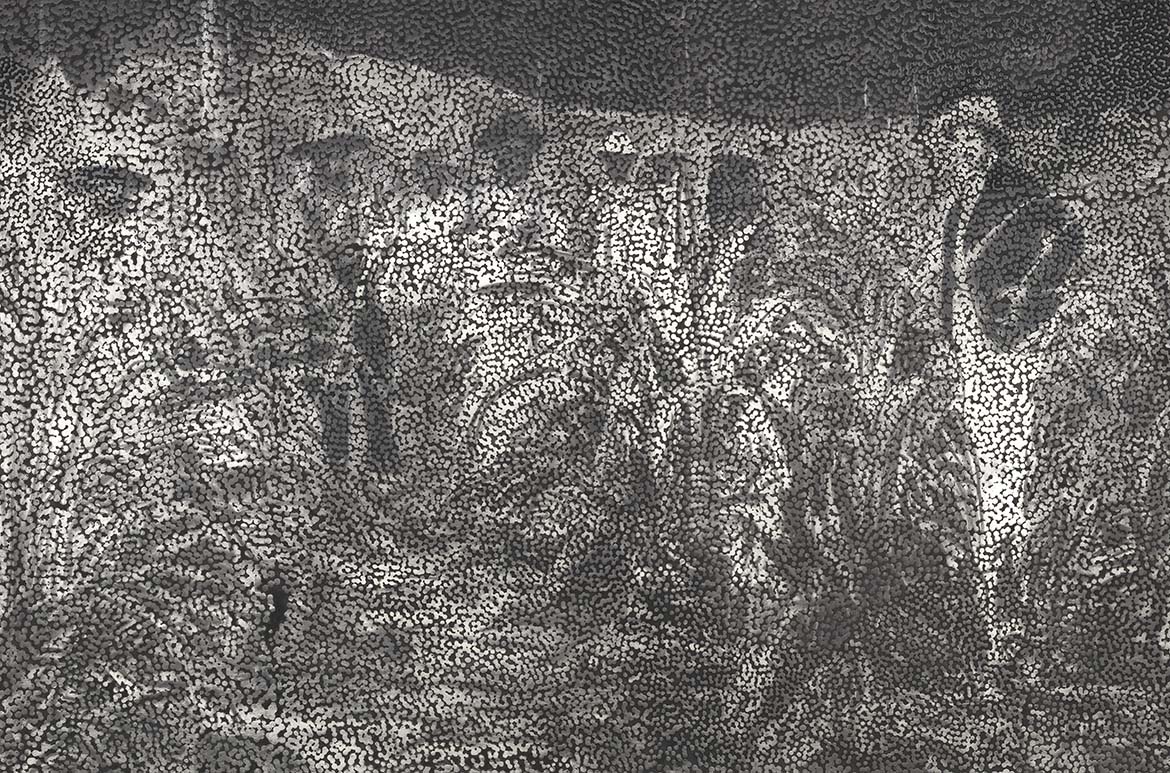 Daniel Boyd is a Brisbane-based artist of both Aboriginal and South Sea Islander heritage, whose works often deal with the complexity of the history of South Sea Islander labour in Queensland and its legacy. This is one of our state’s most important historical narratives, with some 62 000 labourers brought to Queensland in the early 1860s, initially as slaves, then as low-paid contract workers — particularly on cotton, banana and sugar farms. The heat and humidity of the north, accompanied by the scarcity of white labour and its much higher cost, meant that South Sea Islander and Aboriginal labourers worked under slavery-like conditions to fulfil the requirements of the rapidly expanding agricultural frontier.

In this new commission, Boyd has recreated a scene from the Hambledon plantation, a sugar farm not far from Cairns. In 1888, the Hambledon had 900 acres of planted sugar cane, and employed 32 white, 29 Chinese, 6 Javanese, and 176 South Sea Islander workers. The land clearing was done first by Chinese labourers, and the field work was continued by the Islanders. For their efforts, the Chinese and Javanese were paid £1/5 per week. White workers received up to £4 per week; the Islanders, just £6/5 per year.

Here, Boyd has reworked an historical photograph in which a white overseer stands among the black workers in a cane field. The artist has said of the image that ‘the tension is palpable’ as the white owner or overseer poses near centre field, while the black labourers stand with their tools, engaged in field work. The story of the Hambledon plantation deeply affects many South Sea Islander families in the north. Today, the area of the plantation spans the Cairns suburb of Edmonton, and on the original site sits an amusement park named ‘Sugarworld’. Originally conceived by sugar industry giants CSR, but now owned by the Cairns City Council, the park houses waterslides, swimming pools and bars. 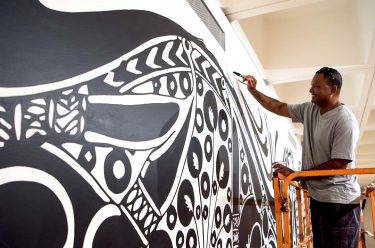