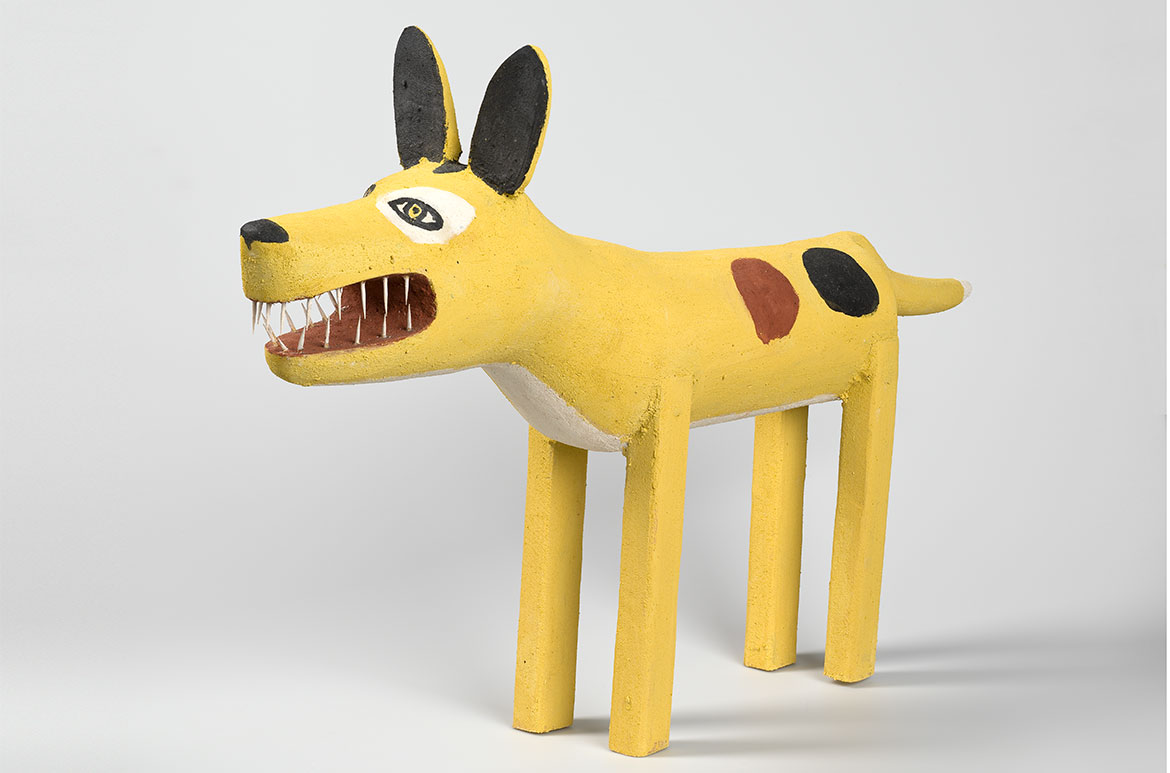 Wood carving is an important ceremonial art in Aurukun, a town and coastal locality in western Cape York Peninsula, North Queensland. Major sets of carved icons used in public ceremonies in the 1950s and 60s have been collected and are now housed in Australia’s major museums. The renaissance of art in the community has centred on this traditional practice, and their often quirky portrayals of people and animals that inhabit the stories of the spirit world as well as the physical environment around the western Cape York community.

A group of dogs in the QAGOMA Collection were originally produced over an extended period at the Wik and Kugu Art Centre in Aurukun to be installed at the 2010 Cairns Indigenous Art Fair, where they were the stars of the event. As opposed to religious sculptures belonging to one of the five clans of Aurukun, camp dogs generally belong to everyone, allowing members of all of these groups to collaborate on this exciting, large scale project. Collectively, they are known as ‘camp dogs’ and in Aurukun, have the language name ‘ku’.

This group of ku portrays a pack of the cheeky dogs from the remote western cape community. These ku run the gamut of canine emotions and expressions — the cheeky dog, the snivelling giggler, the overexcited ‘puppy’, the snarling menace, the tall, pretty-coated beauty, the well-fed alpha, the three-legged amputee, the old dog laying in the dust, the flea-ridden ear-scratcher, even one that stands at attention like some Chihuahua-wallaby cross — they are all here. Individually they are compelling, strange creatures, but together, these ku are a commanding pack.