In the mid 1980s, with the financial assistance of the Australian Bicentennial Authority, the Queensland Art Gallery commissioned six photographers to produce a portfolio of black and white works on the theme of community life in Queensland. First exhibited in 1988, the Gallery now presents a comprehensive selection from this portfolio, allowing us to see how Queensland has, and hasn’t, changed in the intervening 28 years.

In the foreword to the original exhibition’s publication, Doug Hall, AM, then director of the Gallery, wrote that ‘Journeys North’ was ‘one of the most adventurous commissions undertaken by the Queensland Art Gallery’, and that ‘although the commission was conceived as a Bicentennial project, its importance will extend long after 1988’.1 The opportunity now to see a significant selection of these works reinforces Hall’s statement that ‘not only will the images and the commission as a whole remain as an important artistic achievement, but also the themes explored will undoubtedly remain with us for years to come’.2 The state has changed in myriad ways in the intervening years, but the fascinating observation to be made in viewing these rich images again is how much the lifestyles and landscapes depicted still resonate with us.

‘Journeys North’ focused on Queensland photography; all of the photographers involved were long-term residents of Queensland or had strong associations with the state. Graham Burstow, Lin Martin, Robert Mercer, Glen O’Malley, Charles Page and Max Pam each travelled to different regions of the state where, over a period of around 18 months, they documented the lifestyles, attitudes and values of Queensland society in the late 1980s.

Lin Martin produced a series of portraits that captured unique characters in their own environments, prompting curator Claire Williamson to note in her 1988 catalogue essay that, ‘while in many ways [Lin’s] subjects appear as “typical” Queenslanders, each has a unique personality which emerges from the rapport developed between photographer and sitter’.3 Max Pam, inspired by his memories of childhood family holidays to the Gold Coast, chose to record his experiences through the eyes of a holidaying family. Here we see the great physical variety of the landscape, as well as an often humorous account of their holiday on the move. Glen O’Malley travelled extensively through the state, from Brisbane to Cape York and west to Camooweal, Quilpie and Cunnamulla. He concentrated on the theme of domesticity, going into Queensland homes and recording their daily experiences, from watching television to watering the garden.

Graham Burstow looked at outdoor activities and particularly leisure activities, documenting Anzac Day parades, surf-lifesaving carnivals and car-part swap meets. Robert Mercer recorded Indigenous Queenslanders of the far north, focusing on local cultures and events, and particularly the importance of ceremony and dance in these communities. Charles Page chose to examine the important place of the mining industry, visiting underground and open‑cut operations in all the large mining centres of the state. His photographs examine the unique lifestyles but also the environmental impact of mining.

Individuality is evident in each artist’s contributions. Overall, however, these images present a coherent record of both the natural and social features of the state during this period. While some of the images questioned attitudes that had long been accepted in Australian community life, others reaffirmed the unique qualities of the Australian lifestyle and environment. Even though the lives of Queenslanders have clearly changed over the past three decades, the themes explored by these six photographers remain relevant to us today.

Journeys North Revisited
In 1998 six photographers each produced a portfolio on the theme of community life in Queensland.
20 February – 3 July 2016

This is an extract from the upcoming Artlines magazine. Keep up to date with the Gallery’s seasonal publication delivered each quarter. 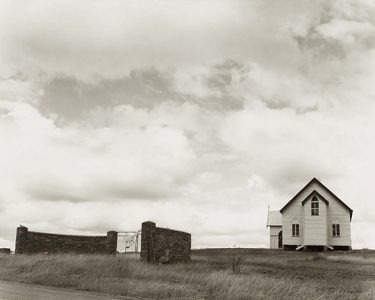