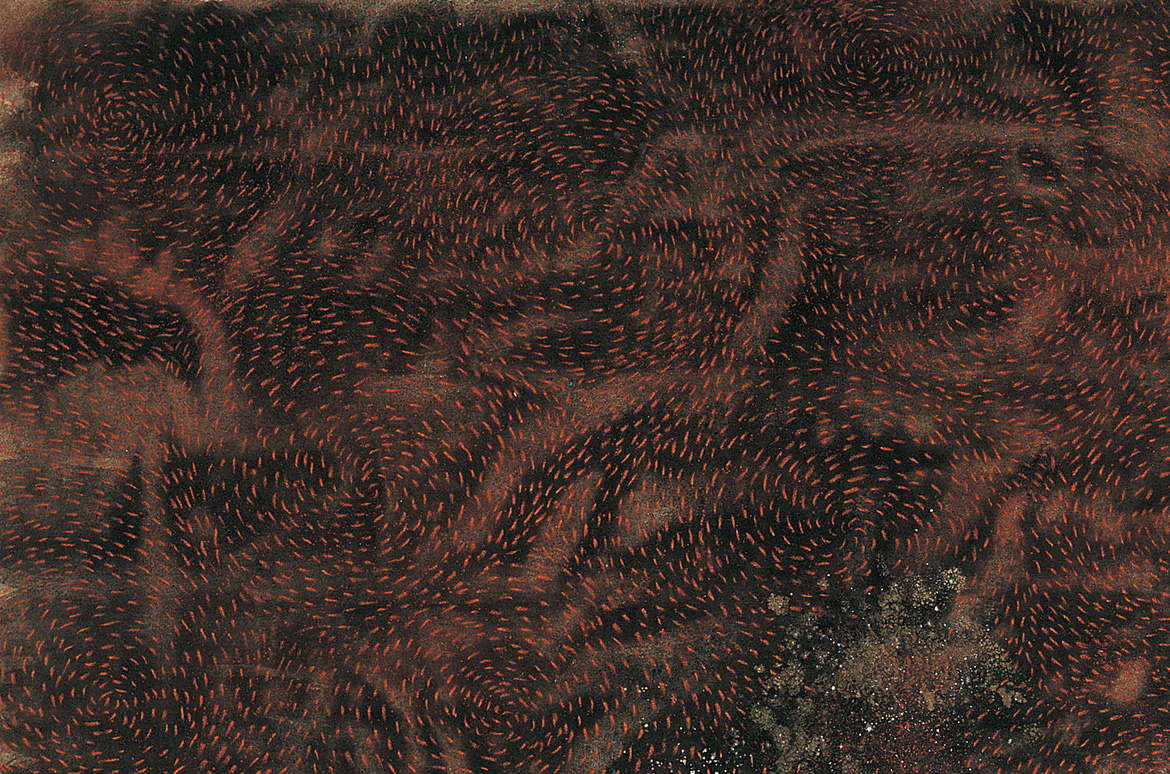 The Indigenous voice of Australia is over 65 000 years old. During NAIDOC Week 2019, with the theme of ‘voice, treaty and truth’, we invited award-winning author and Mununjali woman Ellen Van Neerven to develop a series of written responses entitled ‘Collecting Australia‘, which draw inspiration from works featured in our Australian Art Collection.

This is the last of a three blog series by van Neerven, and features Judy Watson, combining her artwork with van Neerven’s poetry. You can also read poems inspired by Dale Harding and Destiny Deacon.

The poem, ‘sacred ground beating heart’ takes its title from Judy Watson’s painting. I have always loved this work so I appreciated the chance to write to it. Plus the title just lends itself well to poetry!

I wrote this series of poems, ‘Collecting Australia’ in two places: in the Gallery sitting before the works, and abroad in Germany, where I had a travel engagement. I missed my Country a lot while I was away. I think this work really captures what that connection is like, how deeply it is felt through your whole body.

sacred ground beating heart 1989 is pinned to the gallery wall, and remains unstretched as exhibited, rebuffing the classical traditions of European paintings.

Through paint and pigment Judy Watson, a descendant of the Waanyi people of north-west Queensland, offers evidence of intimate encounters with the heat, air and moisture and pulse of the earth – the geographical emblems of her heartland. These emblems are linked with Australian Aboriginal totemic beings or culture heroes who metamorphosed into landscape features such as hills and rocks, and who continue to manifest their presence as meteorological or astral phenomena. The unstretched canvas has been stained by layers of wet and dry pigment, creating a velvety, sensuous surface which is then marked by distinct touches of colour. The imagery suggests an aerial perspective of parched land, a depiction of distant homelands or a material translation of an emotional state.