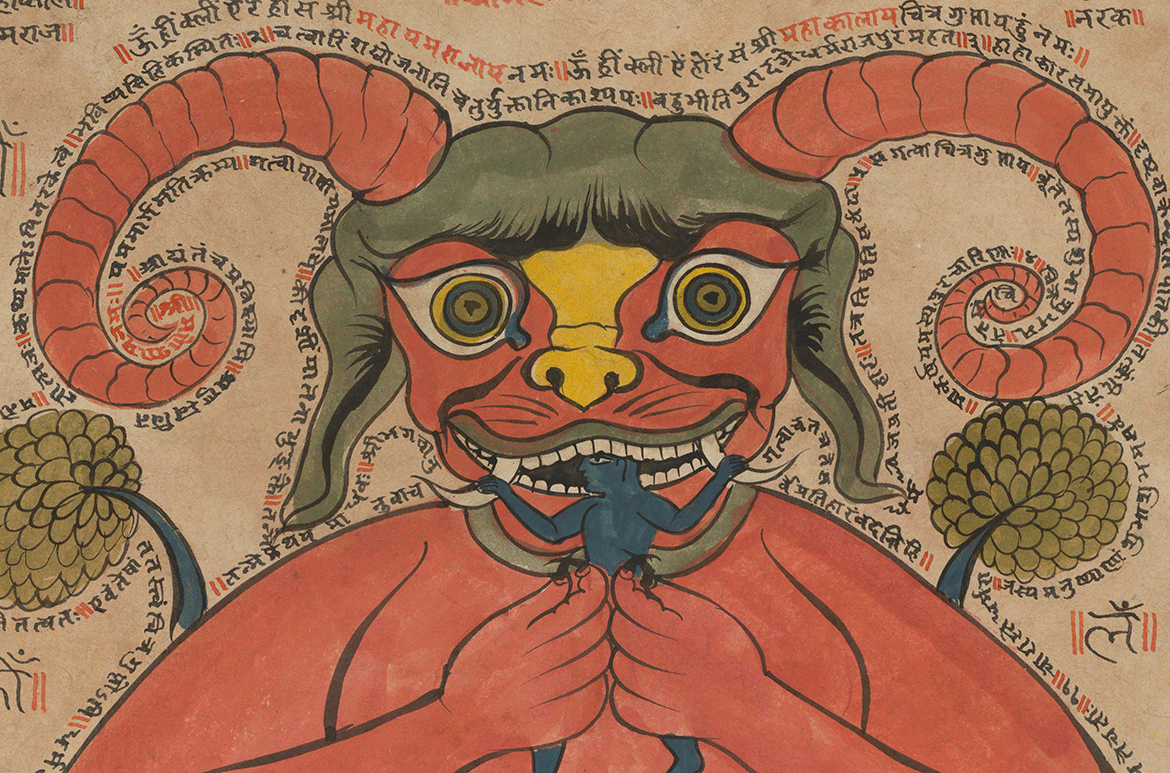 A rare group of paintings by the late North Indian painter Kalu Ram are unique examples of the highly experimental artform and complex intangible concepts of Tantrism. Ram’s paintings communicate the untameable cosmic energy of Tantric belief, drawing on a knowledge system where spirituality and art are inextricably linked as are tradition and experimentation. From a generational line of artists that practice Tantric painting in and around Jaipur, the area most well-known for Tantric art, Ram has been considered one of the most individualistic and experimental artists practicing the coded art in the contemporary era.

Tantrism is a school of Indian religious thought that has been practised for around 1500 years and is present in aspects of Hinduism, Buddhism and Jainism. It is based on doctrine and esoteric practices, with a particular focus on garnering an understanding of the mind, body and universe through studies of cosmic energy and the supernatural. To communicate the philosophy’s profound ideas, Tantric artists are challenged to produce images of concepts that have never been seen or produced; visualising and giving form to intangible ideas assists with building an understanding of the universe as a manifestation of divine energy.

Ram’s work is rooted in the beliefs and practices of Tantra passed down through generations of his family. From a young age, Ram began practising painting the diagrams and incorporating the ancient symbols associated with belief around cycles of rebirth. In the mid 1970s, he painted almost exclusively Tantric subjects — particularly mandalas and images of Jambudvipa (one of the four continents of Buddhist, Jainist and Hindu mythology) — but such was his inventiveness that no two paintings were ever alike.1 He also painted the achievements of the gods, as recorded in epic Hindu poems like the Mahabharata and Ramayana, and scenes illustrating the teachings of Jainism.2 In particular, through his paintings, Kalu Ram has given shape and colour to the legends associated with rural traditions with a diverse repertoire of animal studies, yantras and mythical beasts.

The ‘Cycle of Life’ works show destructive gods punishing and devouring humans, who appear to be enduring the sufferings of the Kali Yuga — the dark age in which we currently live.3 Bestial and giant in appearance, their mask-like faces bare horns and fangs as they interrupt the life cycle of the monochrome-hued humans, who are powerless against them. Works from ‘Many Lives Lived’ series show animal, human and anthropomorphic characters in a number of scenarios, composed in an almost comic-book manner. These works likely draw on more local rural traditions and legends, and we see the beast figures interacting with the humans in some fierce encounters. Across Ram’s works, symbols such as the lingam (phallus), figures thrown into fires (a prime agent of spiritual release), and nagas (serpents), along with animals that would be commonly seen in this northern part of India.4 Primarily androgynous, the figures represent the focus on non-duality in Tantric thought. Surrounding them, and throughout the compositions of all the works, written texts express the Tantric principles and teachings Kalu Ram has envisioned around for the images he has created.

Tarun Nagesh is Curatorial Manager, Asian and Pacific Art, QAGOMA
This is an expanded version of an article originally published in the QAGOMA Members’ magazine, Artlines, no.3, 2021

Works by Kalu Ram feature in the ‘Fine Lines’ exhibition in the Henry and Amanda Bartlett Galleries (Gallery 6) at the Queensland Art Gallery from 18 September 2021 to 22 May 2022. 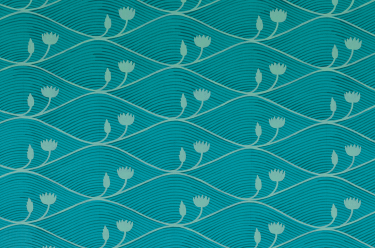