Philippines-based artist Lee Paje is showing two oil on copper works in ‘The 10th Asia Pacific Triennial of Contemporary Art’ (APT10), a triptych The stories that weren’t told 2019 and Somewhere, someday when we are the sea 2021 — a suspended 12-panel polyptych commissioned for APT10.

The Stories that Weren’t Told 2019 shows an imaginary landscape, melding elements from Filipino and Judeo-Christian origin myths into a hybrid creation story that envisages a new form of paradise. This exquisitely executed triptych painting on copper panels, which took more than three months to complete, draws on and transforms a formative childhood memory for Paje.

Stories are an important part of our lives. Growing up, stories are told to make sense of things and teach the way to live. They shape our beliefs about ourselves and others. They colour the lens through which we see the world. Lee Paje1

When she was six, Paje was ill and made frequent visits to a children’s hospital in Quezon City. At this young and impressionable age, she often passed a huge mural, one of many artworks commissioned to decorate the hospital’s walls. The mural illustrated a creation myth from the pre-Spanish, pre-Catholic era, in which the first humans — a man and a woman — emerged from the two halves of a split stalk of bamboo.2 Marvelling at the image, Paje asked the nurses in the hospital what it meant; she was told it indicated how a man and woman were made for each other, as two parts of one whole. The title of the Tagalog origin myth, Malakas at Maganda, translates loosely as ‘The Strong and the Beautiful’, with the desirable attributes for each gender implied by the title. Even at such a young age, Paje felt she did not fit the mould or aspire to its outcome.

The Stories that Weren’t Told is Paje’s response to the story of Malakas at Maganda. Throughout her practice, she has painted on copper — a now uncommon medium that was frequently used by artists during the Renaissance prior to the introduction of canvas and is particularly associated with grand narratives. Paje was attracted to copper for its link to Bible stories that reinforce gender stereotypes, as well as for its durability. The copper allows her to assert the ongoing loyalty and endurance of her work and her resolution that it will continue to challenge prevalent social, historical and cultural stereotypes.

Her triptych shows a landscape combining elements of tropical and temperate vegetation, with fruit trees and bamboo, around a central pool or lake. The copper shines through the paint, forming part of the composition and lending a luminousness to the scene. The landscape is populated by a group of primordial beings, unbound by gender, envisaged by Paje as human outlines filled with limitless and mysterious seascapes, like portals into the unknown. These beings are able to cast off the skin that defines their gender and identity as though it were a piece of clothing. In the foreground is a single primordial figure whose recognisably female skin lies on the ground near a half-eaten apple — the Christian symbol of original sin that saw Adam and Eve expelled from Paradise into a world of hardship and evil. In Paje’s painting, Eve’s sin has already taken place, yet humans still occupy this new paradise. A couple identifiable as Adam and Eve stand beneath a fruit tree. On the left, fluid ungendered humans emerge from stalks of bamboo in pairs while, in the far background, smoke rises from a city in flames. Stemming from the themes and symbols in her triptych, Somewhere, someday when we are the sea 2021 takes the form of a polyptych (historically an altarpiece of linked panels). Each panel is linked and suspended from the ceiling to allow the viewer to physically enter the space of the painting and to create an immersive experience. In Paje’s words:

A continuous landscape of different topographies forms once the panels are united. Viewers are invited to enter, traverse the space, partake in the journey with the primordial beings that roam the landscape and, perhaps, glimpse a paradise, a future.3

For the artist, the contrasting experiences of the polyptych and the triptych are significant, as the bodily mode of engagement contributes to an understanding of the way we ‘receive, remember and render signals from social, economic and cultural constructs’.4 The viewer becomes the thread that ties the two works together and connects the meaning of the whole. Within this liminal space, with its forest and glades and vast internal seascapes, we are able to re-create the stories we were told and imagine new ones that represent us.

Abigail Bernal is Associate Curator, Asian Art, QAGOMA
This is an extract from the QAGOMA publication The 10th Asia Pacific Triennial of Contemporary Art available in-store and online from the QAGOMA Store. 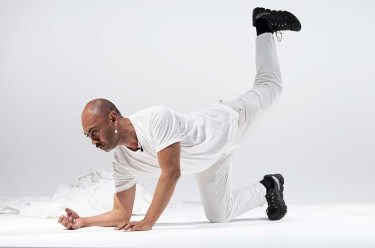 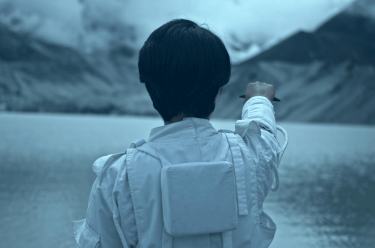