A large-scale commission was announced today heading the line-up for the Gallery’s flagship exhibition, ‘The Asia Pacific Triennial of Contemporary Art (APT)’ which will celebrate its 20th anniversary when APT7 opens in December this year.

The first project to be announced for APT7 includes major commissions by a group of Papua New Guinean (PNG) artists which will be the most extensive representation of contemporary art from PNG in the APT to date.

These artists from PNG’s East Sepik province, many of whom have never left the regions in which their villages are located, have travelled to Brisbane to undertake this project.

The artists are currently residing in Brisbane and working in a studio in West End while they work to bring together this commission of large scale pieces which will welcome APT visitors to GOMA’s towering foyer space.

A wide selection of masks from nine cultural groups in New Britain and the Sepik River regions of PNG have also been acquired for APT7.

The unprecedented commission has been made possible by a significant contribution from long-term Gallery supporter Ausenco, a Brisbane-based global engineering and project management services company and their joint venture in PNG Kramer Ausenco.

Santos will be the Presenting Sponsor of APT7 as part of their five-year commitment to GOMA’s summer exhibition program.

APT7 will take over the entirety of GOMA and key spaces in QAG from 8 December 2012 to 14 April 2013 and will profile new and recent art work by more than 140 artists from 25 countries.

Areas of focus in APT7 will include a consideration of temporary structures in a time of rapid urbanisation and development, a diverse group of younger generation artists from Indonesia, a special focus on West Asia, an exploration of the continued relevance of painting in the contemporary art of the region and an artistic exploration and interpretation of the APT archive.

The exhibition will be accompanied by extensive cinema screenings; publishing and online platforms; programs of performances, artist talks and lectures; Kids’ APT activities developed with artists and much more.

Visit our website for more information on APT7 and twenty years of APT. 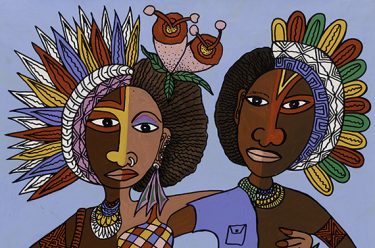