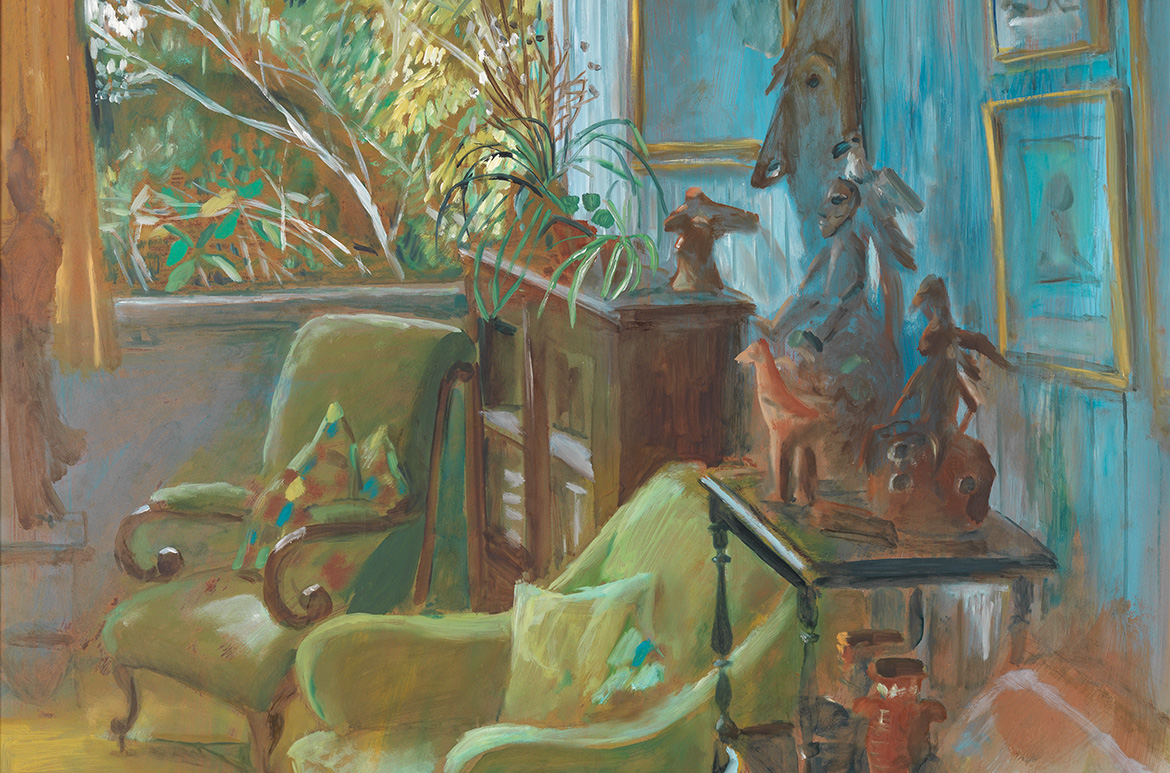 Australian artist Margaret Olley (1923-2011) worked extensively within the tradition of still life and interior subjects during the second half of the twentieth century, and made them uniquely her own. She established her reputation both locally and nationally with her colourful and vibrant paintings.

In 1942 Olley moved from Brisbane to Sydney and enrolled at the East Sydney Technical College (later the National Art School) where she graduated with first-class honours. Olley then spent her time travelling abroad and in 1953, she returned to Brisbane and lived at the family home, ‘Farndon’, at 15 Morry Street, Hill End (now West End), just a short walk to Orleigh Park and the Brisbane River. After time spent abroad engaging with a wider art world, Brisbane no longer seemed quite as stifling.

Olley had honed her drawing skills while travelling in Europe, but her return to the tropical light and vegetation of Brisbane rekindled her love of colour, with which she was enthralled as a child living in Tully and Murwillumbah.

The streets and gardens of the Brisbane of Olley’s youth had changed little in her absence — the city was still the same large country town on the banks of the meandering Brisbane River. In Meg Stewart’s biography Far From a Still Life: Margaret Olley (2005), Olley states:

I’d liked Brisbane ever since I was a child, so really I was quite happy to be back there. Farndon was just a street back from the river. From my bedroom I could see little bits of its greeny-coloured water. At night the river cruise would come past. It used to go about as far as Lone Pine and there was dancing on board. You’d hear faint chugging; the music would be slowly swelling as the boat came closer then fade away. Then just as we were about to fall asleep, the faint sound of music would drift off the water again as it came back down.1

The calm presence of Farndon, with its high-ceilings, generous rooms and lush subtropical garden, is captured in a series of Olley’s first interiors created in 1970.

The sitting room of ‘Farndon’ was described by a close friend, Pam Bell, as one of the most beautiful she had ever seen. It was comfortable and unpretentious, the chintzes were worn and mended, and the furniture came from family collections and Olley’s years in the antique business. There Olley displayed New Guinea artefacts as well as her own paintings and those of her friends. It was a well-loved room.

The paintings depicted in the room are by the artist or selected from friends and are carefully placed in a prominent position; the New Guinea masks and ceramics were chosen by the artist on one of her three trips to New Guinea; a chair covered with old chintz has known the contours of the artist’s body; and the chairs are upholstered in velvet with bright fabric-covered cushions. We talk of ‘rooms with personality’, but not all representations of interiors have such an intimate relationship with their occupier.

‘Farndon’ was destroyed by fire in 1980, precipitating Olley’s move to Sydney. The fact that Olley had difficulty talking about the destruction of her home is a clear expression of her very substantial emotional investment in it, its objects and its memories. The legacy we have of ‘Farndon’ is Interior IV. 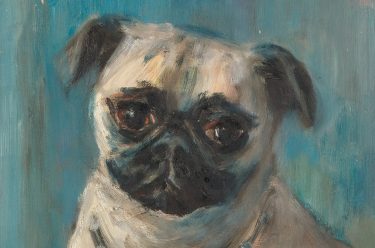