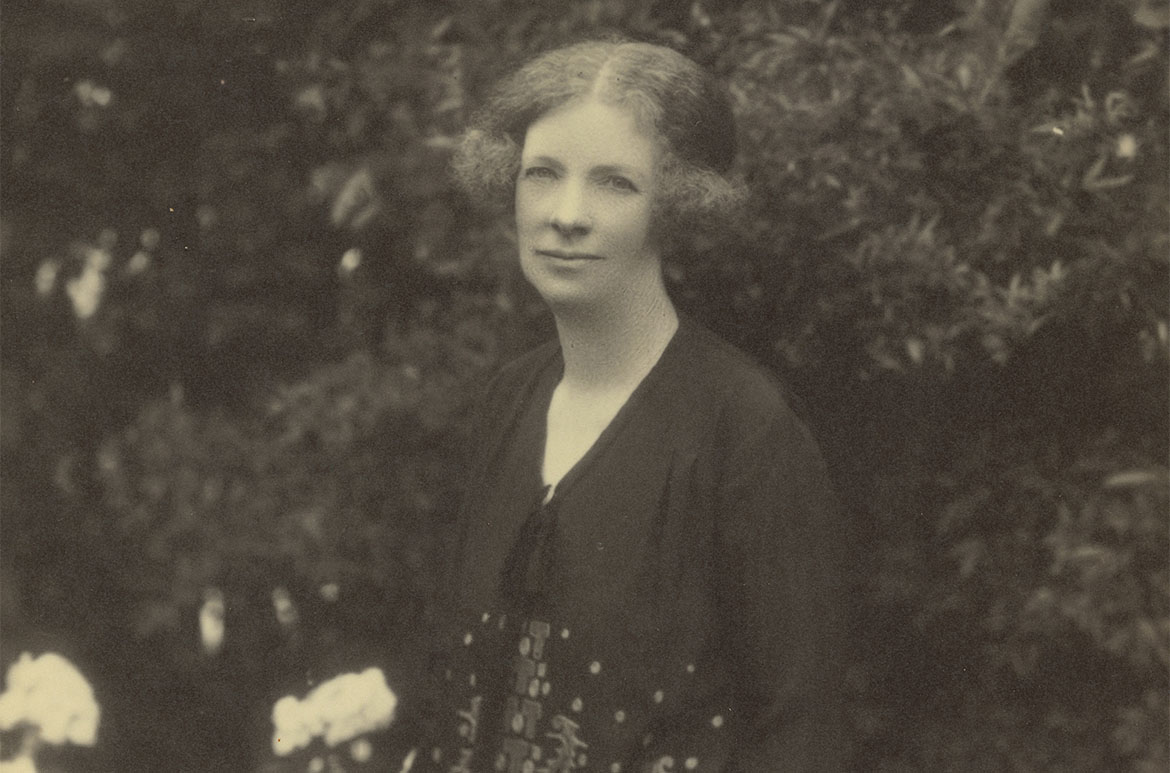 Recognised and admired for her vibrant and distinctive art, Margaret Preston (1875–1963) possessed an equally colourful personality, and was described by one associate as ‘the natural enemy of the dull’.

After committing to a career as an artist from an early age, Preston completed her academic training in Melbourne and Adelaide before spending two lengthy periods travelling and studying in Europe, during 1904–06 and 1912–19. On her return to Australia she married William Preston and settled in the harbourside suburb of Mosman, Sydney, which would be her base for much of the rest of her life.

The following decade saw Preston establish her reputation as a painter of highly individual modernist still lifes and an outspoken cultural commentator. She began to write regularly on the arts for both specialist and popular magazines, and commenced a regular program of travel through western, central and northern Australia, Asia, the Pacific region, Europe and the Americas. Her advocacy for a new national art for Australia gathered momentum during this time.

This was consolidated when the Prestons moved from the city to Berowra, on the southern reaches of the Hawkesbury River, in 1932. There she witnessed the seasonal display of native plants and developed a deeper investment in the Australian bush. Returning to Mosman in 1939, Preston commenced a series of landscape paintings influenced by the colours and motifs of Aboriginal art and promoted the study and conservation of Indigenous rock art with the Anthropological Society of New South Wales.

Preston maintained a strong public profile throughout the 1940s and continued to exhibit until the late 1950s. She held her last solo show at the Macquarie Galleries in 1953, after which her artistic production diminished. Preston died in Sydney in 1963, aged 88.

‘Making Modernism’ is at the Queensland Art Gallery until Sunday 11 June 2017, and is accompanied by an exhibition publication, available online and in-store from the QAGOMA Store.

The exhibition is presented by the Heide Museum of Modern Art, Victoria, the Art Gallery of New South Wales, Sydney, and QAGOMA, in partnership with the Georgia O’Keeffe Museum, Santa Fe, and supported by the Terra Foundation for American Art and the Gordon Darling Foundation.