This magnificent Presentation vase 1864 is the most important example of Victorian silver in the Gallery’s Collection. Its elaborate decoration is unlike anything produced in the Australian colonies, though the beautifully cast and chased kangaroos and an emu (as well as a camel) around the base suggest that it was commissioned with an Australian connection in mind. 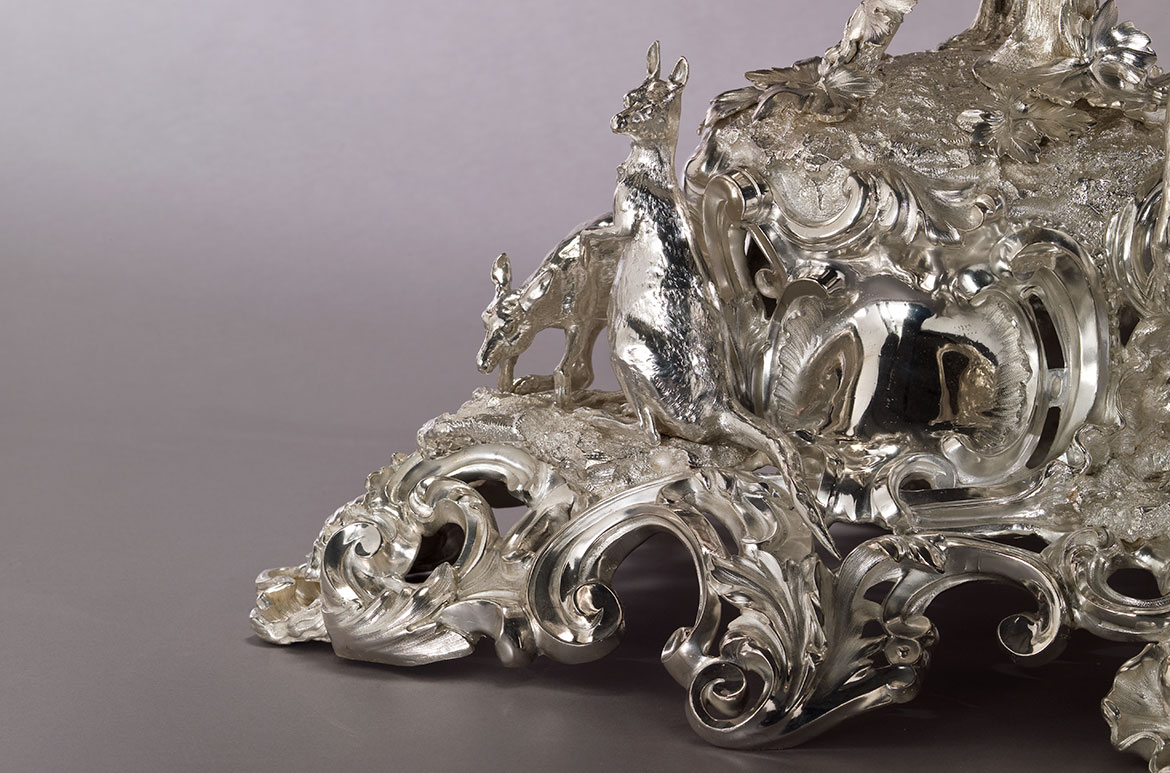 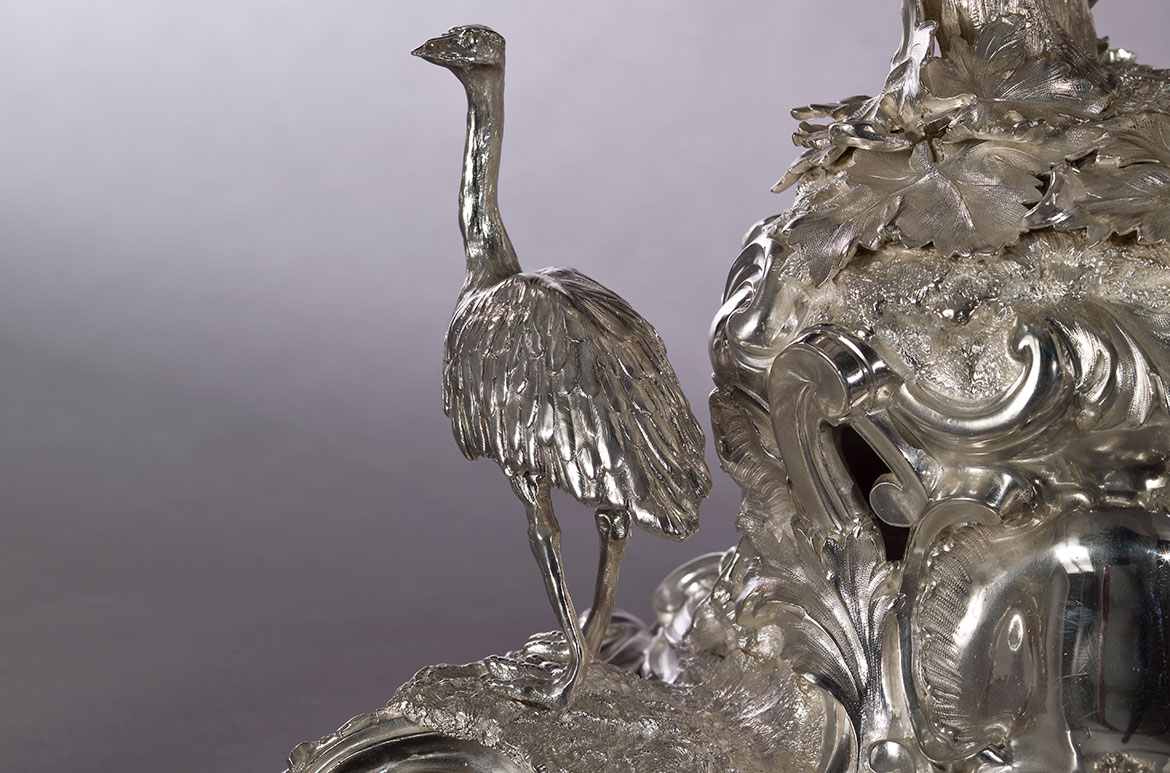 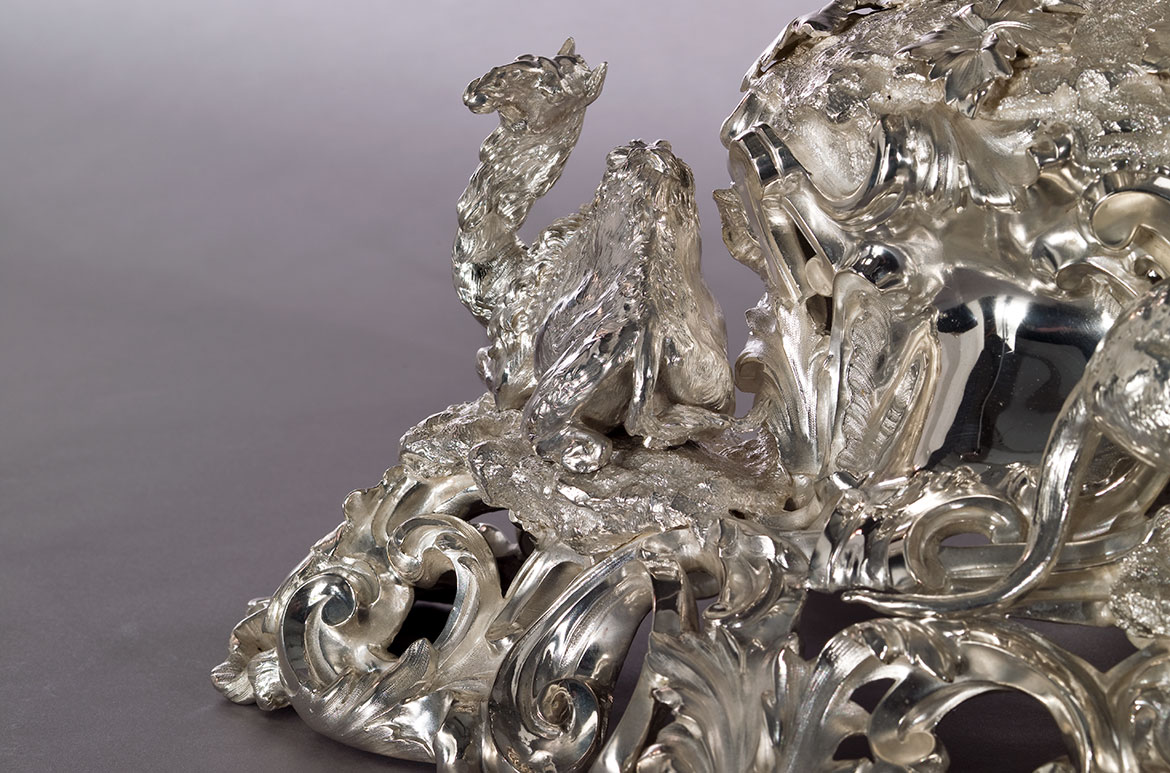 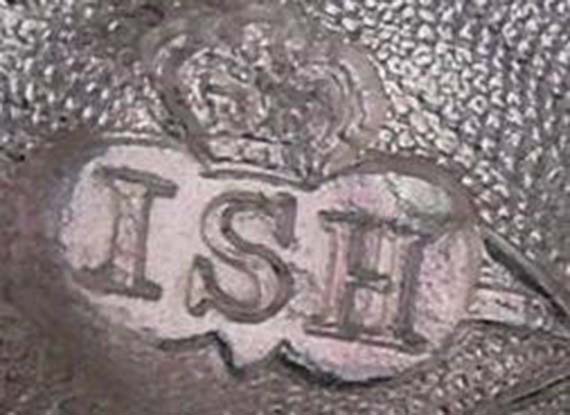 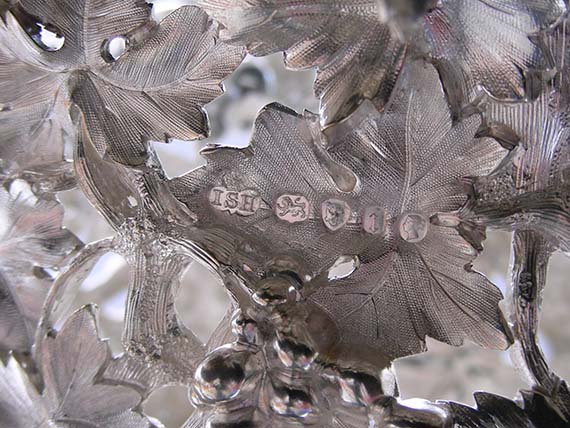