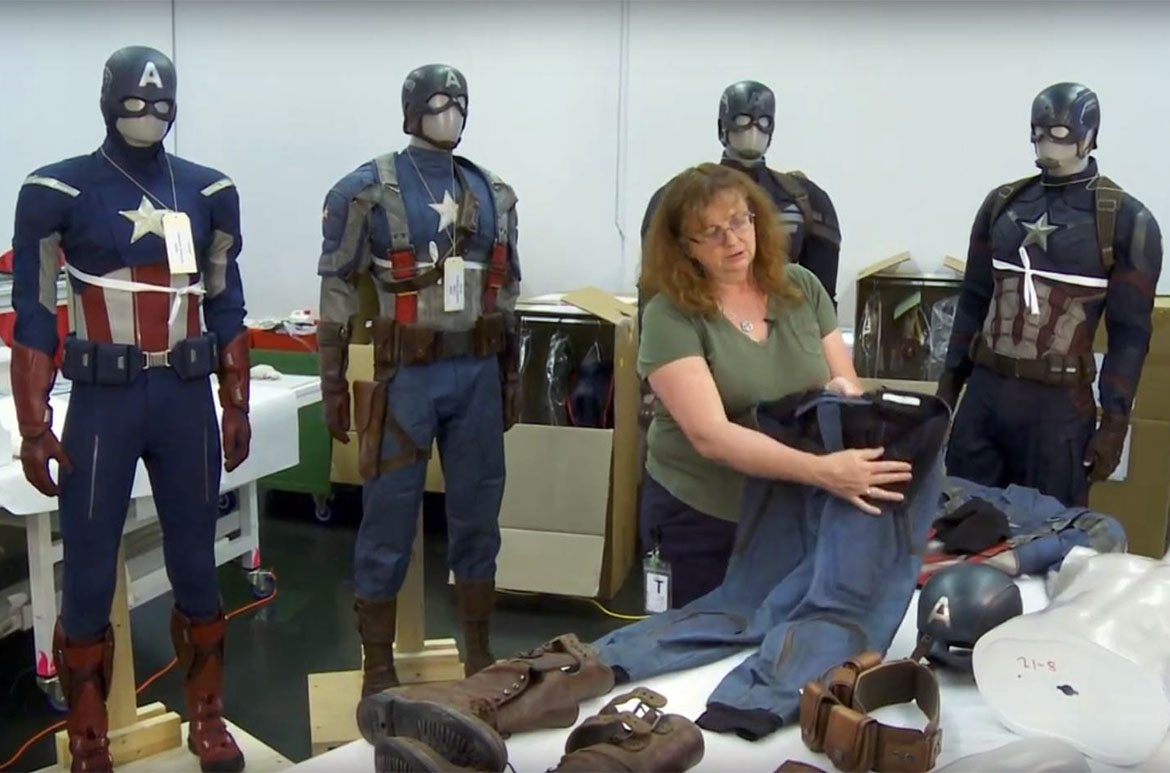 Ever wondered what happens to Marvel costumes after the movie wraps? Wendy Craig explains her role as Marvel Costume Department Supervisor where she organises, catalogues and controls all the past Marvel costumes and also prepares them for use in flash-backs and re-shoot continuity.

For the first time together at GOMA, Craig explains the evolution of Caption America’s costume from its first suit, through to the Captain America Smithsonian Diorama and to the Avengers and Civil War versions – all the same but different in how their colour tones and their construction techniques evolved. Craig also shows us the tricks that Marvel use to keep the costume intact during action scenes, and how they bring Marvel’s heroic illustrations to life working with the reality of an actors body.

Experience more than 500 unique objects seen in your favourite films which offer a glimpse into the work of production designers, storyboarding and pre‑visualisation artists, costume and prop designers, and visual effects artists alongside the original comic books which introduced the characters and influenced the films.

Organised by QAGOMA in collaboration with Marvel Entertainment / © 2017 Marvel