The exhibition ‘Measures of Distance’ highlights how artists reference the body and ritual through strategies of seriality and repetition. By juxtaposing artworks from diverse eras, cultures and styles, the exhibition opens up new interpretations and points of view.

The order is not rationalistic and underlying, but is simply order, like that of continuity, one thing after another.1

In 1965, minimalist artist Donald Judd described his working method as ‘one thing after another’. It was a way of escaping the excessive emotionality of Abstract Expressionism, while maintaining an emphasis on the material qualities of the artwork. Judd’s statement would go on to define a (male-dominated) generation of artists. In the following decades, a group of post-minimalist artists working in body and performance art opened up and expanded the serial strategies of Minimalism. They drew attention to the way the discourse around Minimalism excluded parallel or pre-existing histories, including the vernacular, indigenous and feminine. (Judd, himself, felt that his statement was taken out of context, and that his sculptures, with their repetitious ‘one thing after another’, were, in fact, quite ritualistic, and intimately linked to the body in scale and orientation.) Contemporary artists continue to investigate these themes.

‘Measures of Distance’ picks up these threads, bringing together works from across the Collection by artists such as Simryn Gill, Mike Parr, Alfredo Jaar, Armando Andrade Tudela and Ana Mendieta. The title — drawn from a 1988 video work by Mona Hatoum, in which she reflects on her close relationship with her distant family — also alludes to these broader themes. The exhibition presents performance and body art alongside abstract expressionist painting, installation, sculpture, video, drawing, etching and ceramics. By juxtaposing artworks from diverse eras, cultures and styles, it opens up new interpretations and points of view.

Many of the works in ‘Measures of Distance’ mimic, but also go beyond, the minimalist use of repetition, drawing attention to overlooked elements, disruptions and fragments. Inspired by a relationship with ritual and the body, some artists have used simple geometric forms and symbolic colours to reflect on dichotomies of inside and outside, centre and periphery, masculine and feminine, closeness and distance. Investigations of public and private ritual also appear here — from political, religious and social practices, to the rites of passage and personal rituals embedded in everyday activities, such as walking and eating. Three particular works encapsulate some of the exhibition’s themes.

Simryn Gill’s Forking tongues 1992 places cutlery and chillies in sequence to create a spiral. Gill inverts Judd’s process of ‘one thing after another’ to play on the infinite form of the spiral, and reflect on the origins of her materials. The cutlery is of the ‘EPNS’ (electroplated nickel silver) variety, which adorned the dining tables of nations once colonised by Britain. South American chillies were introduced to South and South- East Asia, but have since become such an established part of the local culture that the chilli plant is often assumed to be native to the region. At what point does something become ‘local’, or identified as a part of the indigenous landscape? Gill often toys with this question. The open-ended spiral implies a sense of infinity, and the potential for mutation and change.

Unique in her fusion of elements from Afro-Cuban culture with contemporary earthworks, performance and body art, Ana Mendieta’s shadowy photo-etchings from the portfolio ‘Esculturas Rupestres’ (Rupestrian sculptures) 1982 were made in Jaruco Park, outside Havana. Exiled as a young girl, Mendieta made these works on her return to her country of birth. The life-sized rock engravings are imprints of her body, and resemble botanic and other natural forms. As a group, they represent goddesses from the creation stories of the indigenous Taíno people of Cuba.

With Saint Sebastienne 1992, French artist Louise Bourgeois reconfigures the Christian martyr, Saint Sebastian, as a female figure — a recurrent image in her practice. Bourgeois regarded these works as self-portraits, conveying the psychological state ‘of being under attack, of being anxious and afraid’.2 In the etching, the saint resembles a carved, totemic, headless figure with heavy breasts, belly and buttocks. She is running, shot with arrows, and powerless to defend herself against the aggression. Bourgeois’s practice was a major precursor to post-minimalist body and performance art, as seen in works by Mendieta, Rebecca Horn, and even Hermann Nitsch, who feature in the exhibition.

Ana Mendieta and Simryn Gill show how the use of serial strategies can extend beyond a formal emphasis on order and continuity, while Louise Bourgeois indicates the dialogues that precede or run parallel to dominant art histories. These works each highlight the way artists in the exhibition reference the body, ritual and seriality, opening up dialogues between art histories, experiences and cultures.

READ MORE ABOUT your australian COLLECTION / Explore our current exhibitions 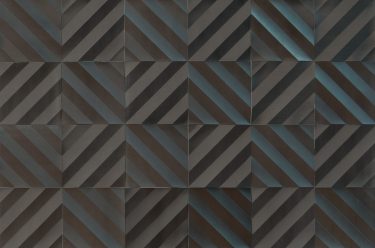