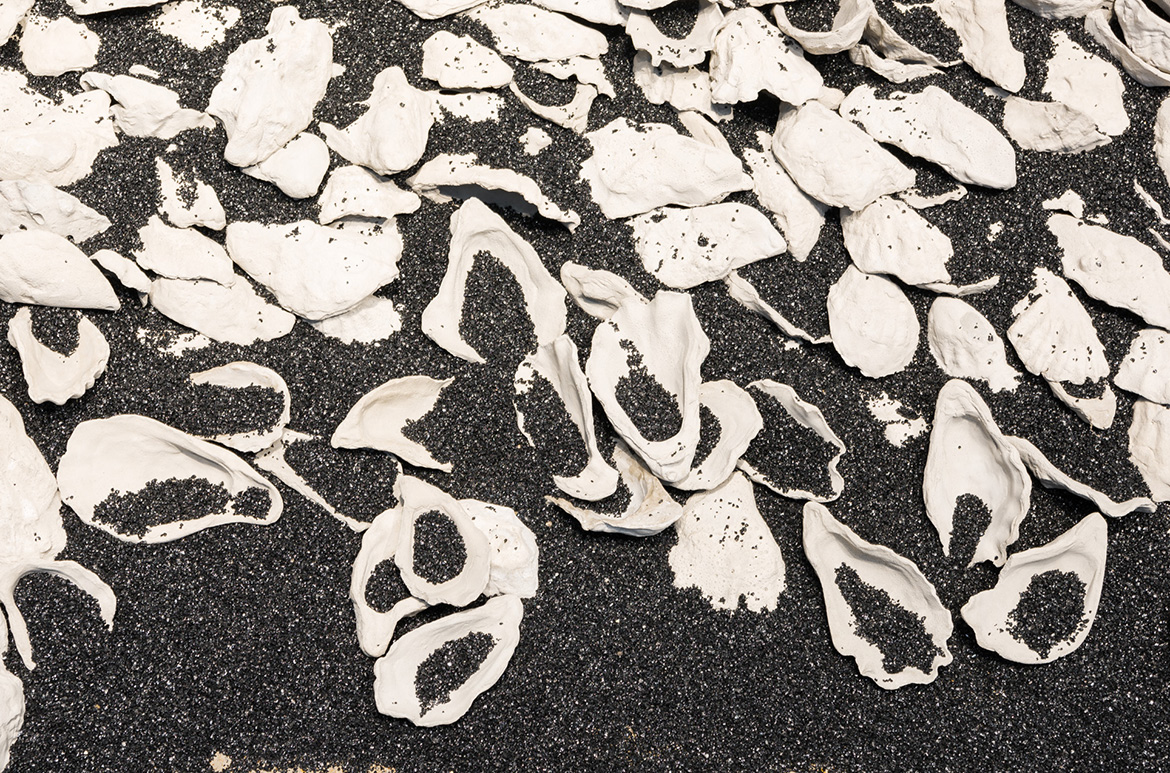 Before colonisation, the coastal shellfish reefs in Brisbane’s Moreton Bay — fostered using aquaculture techniques — were a major source of food for Aboriginal people of the region. Over centuries of feasting, towering middens created from discarded shells and bones were impressive sights on the local islands and beaches of the mainland.

Megan Cope’s RE FORMATION 2019 (illustrated) takes the environmental and cultural significance of the oyster shell as its subject, and imposing mound of cast-concrete shells and black sand-like copper slag. This sculpture is part of Cope’s wider research on shell middens created by Australia’s First People, which she argues should be thought of as architectural sites rather than simply as refuse heaps — from which the term ‘midden’ is derived.

Middens are still found on Minjerribah (North Stradbroke Island), Cope’s traditional country, but these are only small remnants of the original towering masses. From first arrival until the late nineteenth century, reefs were dredged and middens burnt for lime, which was used in mortar for colonial buildings. Cope notes that the burning of middens for building materials destroyed key markers of Quandamooka occupancy and reinforced the myth of terra nullius. By re-creating a monumental mollusc mound in the gallery, Cope re-imagines what a young midden might look like and reinstates this symbol of Aboriginal people’s continuous habitation.

Since 1949 sand mining has been in operation and transformed the landscape of Minjerribah. In an earlier work in the RE FORMATION series, Cope heaped this precious sand between empty beer cans bent into the shape of oyster shells. The upcoming closure of the mine at the end of 2019, however, meant that Cope had to source materials elsewhere for more recent installations. This new work uses copper slag, a by-product of another mining industry, and its sparkling, onyx appearance provides a stunning visual contrast to the muted grey of the cast-concrete shells.1 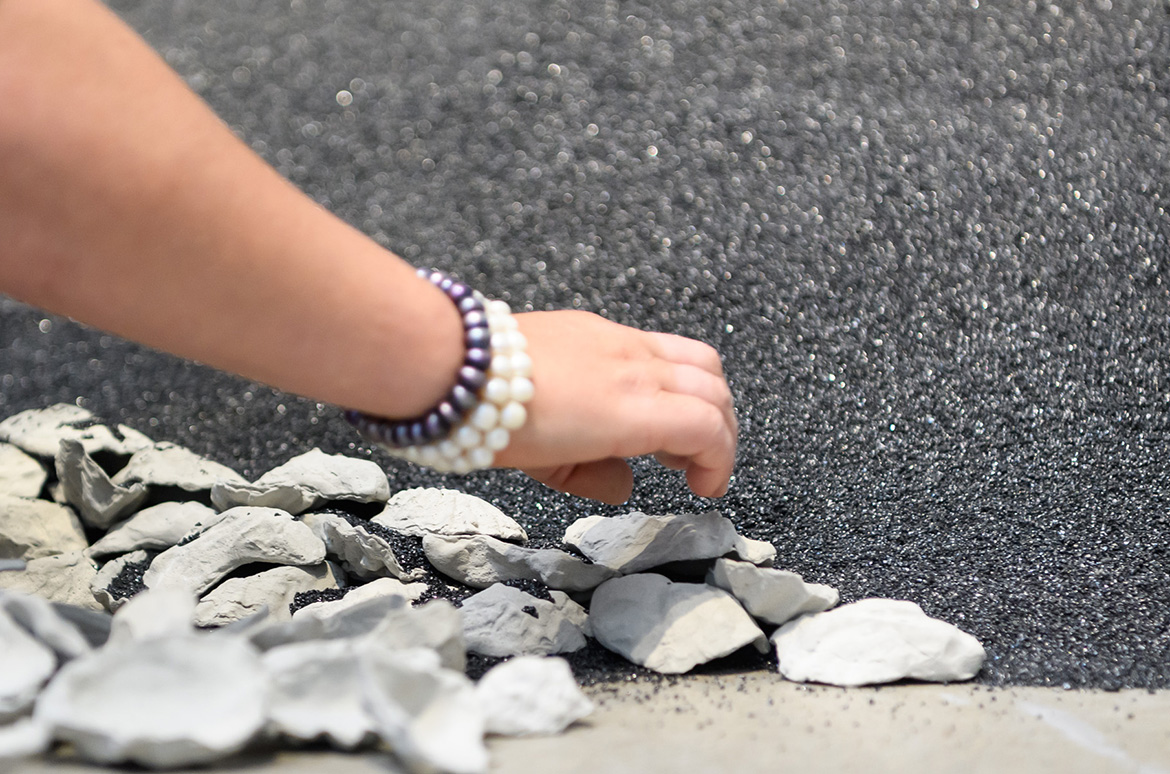 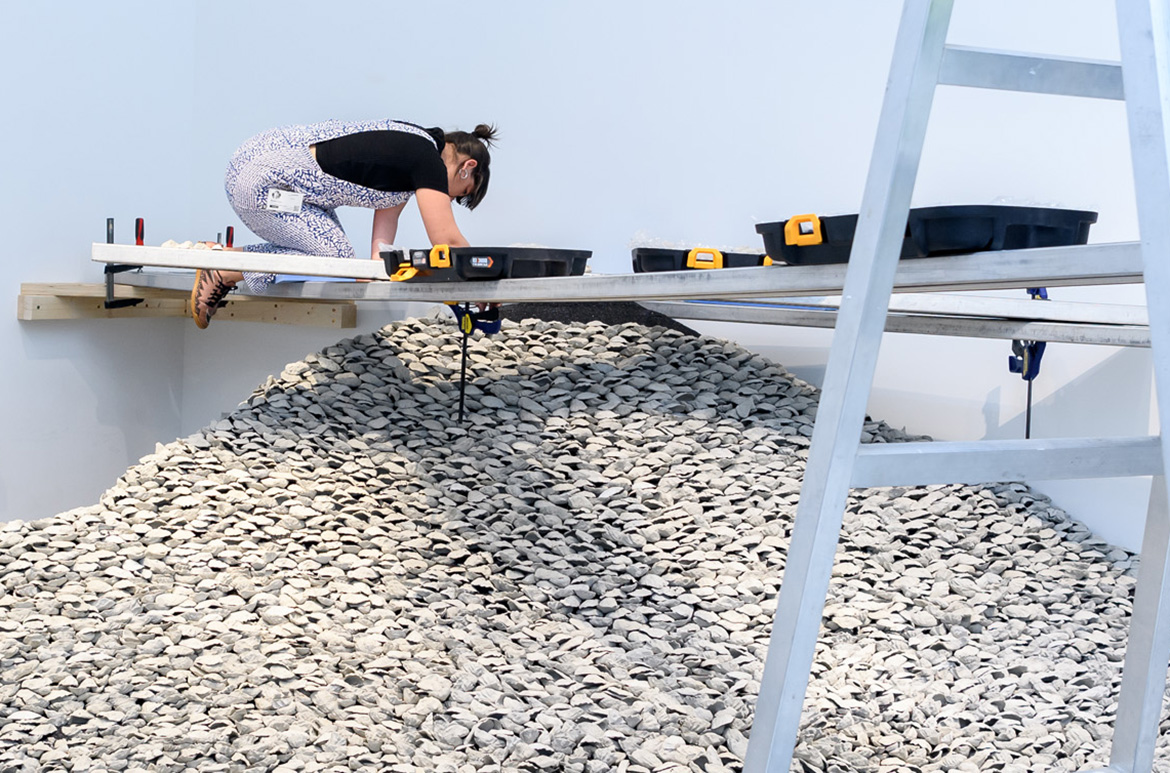 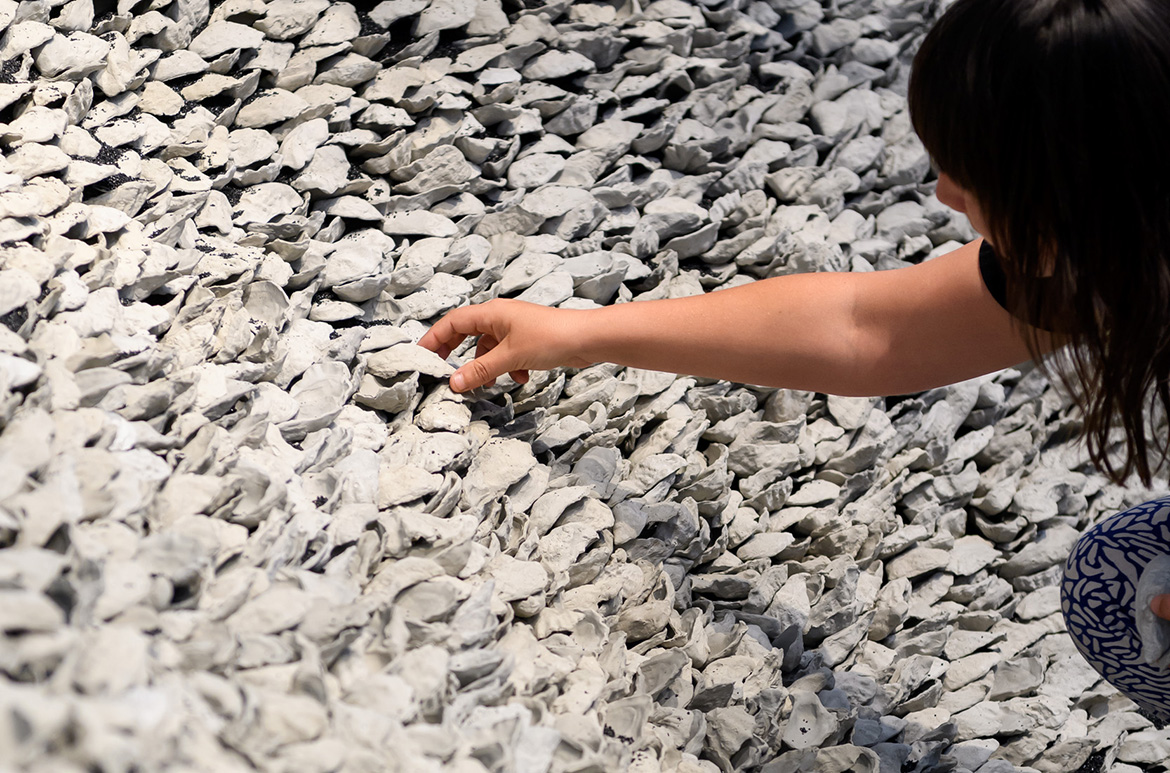 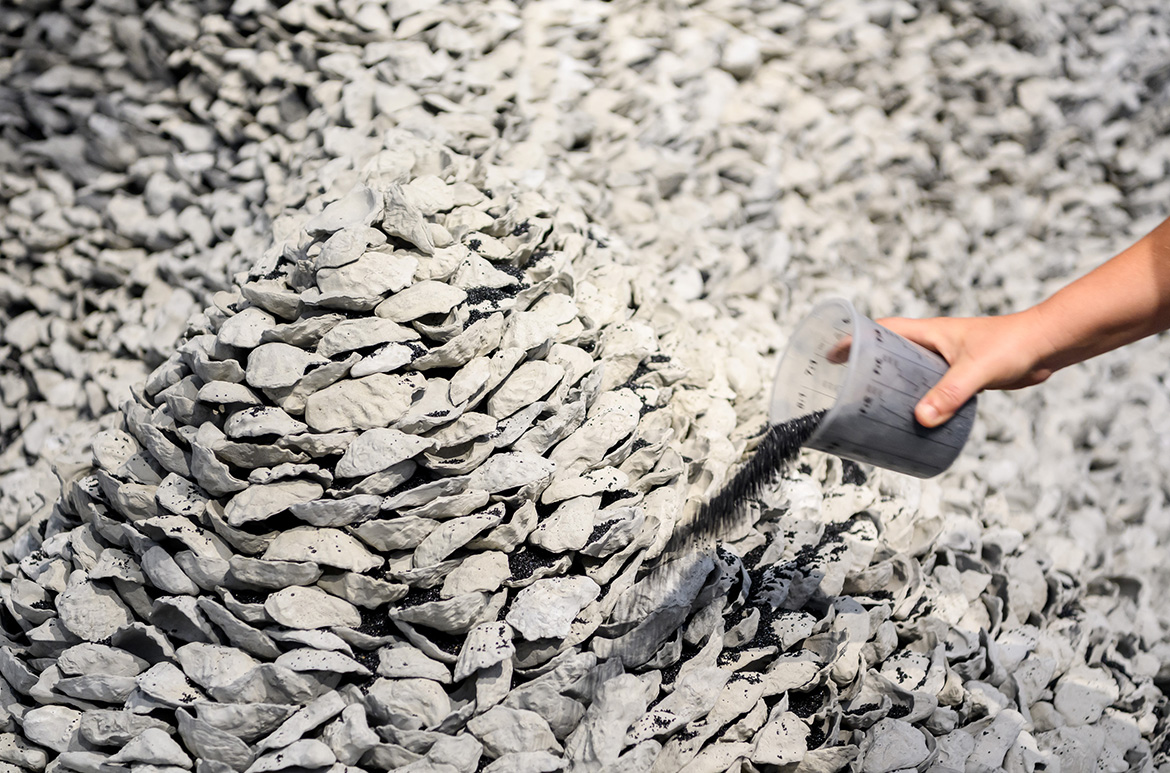 As water flows down the Brisbane River, passing Kurilpa Point where the Queensland Art Gallery | Gallery of Modern Art is situated, it picks up sediments, metals and nitrogen from the tributaries. While there was less pollution before colonisation, many of these impurities were filtered by vast oyster beds and shallow reefs at the mouth of the river. In addition to dredging, overharvesting and pollution has today resulted in the loss of an estimated 96 per cent of Australia’s shellfish reefs.2 Beyond functioning as a water cleaning service that enables a diverse range of plants, fish and animals to thrive, oyster reefs provide a home to colonies of invertebrates and offer protection from wave and tidal erosion. These benefits are the reason scientists and environmentalists are seeking to rapidly expand oyster reefs across the world.

RE FORMATION points to Cope’s much larger aspiration that extends beyond the gallery walls. She hopes that the shellfish reefs around Minjerribah will one day soon be reinstated by Quandamooka people through traditional aquaculture techniques so that, as the artist states, the ‘critical foundations of Salt Water Country are returned’. This would not only return significant cultural and economic systems to traditional owners but also ‘begin a journey towards the pristine conditions prior to colonisation’.3

Endnotes
1 For every tonne of copper production, approximately 2.2 tonnes of slag is produced as a by-product, and is comprised of materials such as iron, alumina, calcium oxide and silica. See ‘Copper Slag’, ScienceDirect, <https://www.sciencedirect.com/topics/engineering/copper-slag>, viewed September 2019.
2 BK Diggles, ‘Historical epidemiology indicates water quality decline drives loss of oyster (Saccostrea glomerata) reefs in Moreton Bay, Australia’, New Zealand Journal of Marine and Freshwater Research, vol. 47, no. 4, 2013, p.561.
3 Artist in conversation with author, 22 August 2019; the ideas presented in this essay are built upon conversations throughout 2019. 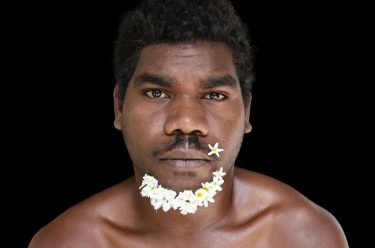