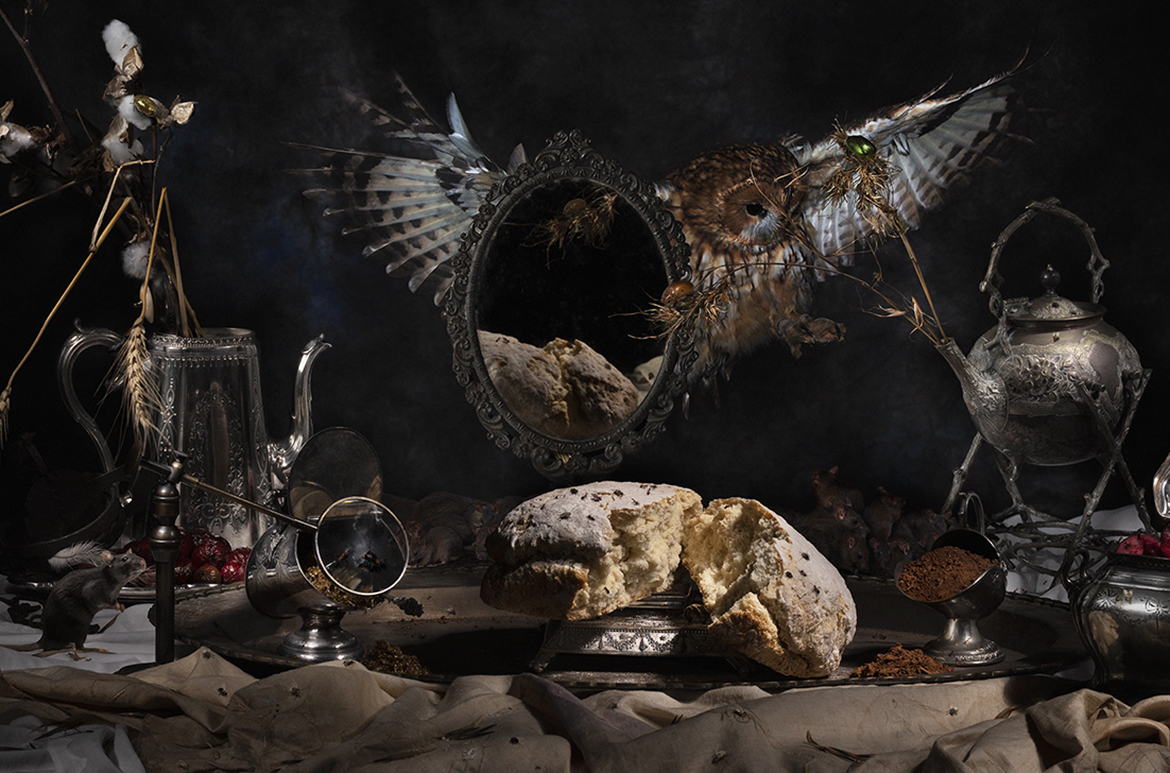 Nature Morte (Agriculture) and Nature Morte (Blackbird), from Australian photographic artist Michael Cook’s ‘Natures Mortes’ series, draw on visual strategies affiliated with the still‑life genre — particularly the memento mori, a visual reminder of the inevitability of death — to highlight the devastating impact of colonisation from an Indigenous point of view. The black cockatoos pictured in Nature Morte (Blackbird) (illustrated) symbolise the inhuman practices that were present in the Australian sugar industry in the late nineteenth and early twentieth centuries. The work’s title refers to ‘blackbirding’, a type of entrapment used to capture and transport South Sea Islander people to Australia as indentured labour to service the burgeoning cane fields and sugar industries. The wilted flowers mourn the cruelty of this practice, with the set of scales resembling a cross-like figure that marks the countless deaths of First Nations peoples.