Questions of labour and the exploitation of women’s bodies lie at the heart of Mika Rottenberg’s humorous video installations, one of which was recently purchased for the Gallery’s Collection.

Often in Mika Rottenberg’s video works, female characters with striking physical presences and in unusual environments, undertake a mundane, productive task that results in an unexpected output. When asked about her curious narratives, the artist explains that she is simply reworking the means and processes of production:

The driving force of capitalism is fiction. It thrives on a form of storytelling that inflates the importance and value of objects and it works like a kind of magic: ‘if you buy this, you can become this’.1

In the video element of Mary’s cherries 2004, three voluptuous women perform a series of physical actions in claustrophobic chambers on three successive floors. Two of the women rapidly pedal exercise bikes to power a UV light, which promotes the growth of red fingernails on the third woman (Mary). The nails grow to full length within seconds and each is carefully cut. The clipping then drops to another labourer, who pounds and manipulates it. Once it is softened, the fingernail is passed through a hole in the floor to the next labourer, who massages and sculpts it into a sticky maraschino cherry.

The audio track features the visceral sounds of fingernails being snipped, a squeezing and squelching as the fingernails are moulded into cherries, and the repetitive whir of the peddled exercise bikes. It is broken by the women yelling one another’s name as the fingernail-turned-maraschino cherry is passed along the factory line. Rottenberg’s camera follows the movement of the production, which is spliced with close-ups of the women’s excessive bodies and elements of their work environments. Everything seems overwrought, from the ‘licks’ of stucco on the walls of their claustrophobic rooms, to the fleshiness of their bodies on the exercise bikes, to their flimsy plywood workbenches. Rottenberg transforms the factory line from a mechanical space to a feast of flesh.

. . . in their day jobs they rent out their bodies and talents, but they are very much in charge, it seems. They have personal websites; they don’t have pimps, they have their own savyiness [sic]. Their own bodies 100 percent.2

Rottenberg juxtaposes the depersonalised production line with the individuality of the workers, whose grotesquely sensual bodies are incorporated into the production of commodities. Their names — Mary, Rose, and Barbara — appear on their generic pink and blue uniforms. A self‑confessed voyeur, Rottenberg is interested in collaborating with exhibitionists in her works; by hiring people who seek an audience, she subverts the traditional power of the viewer’s gaze.3

Rather than developing storyboards before shooting her videos, Rottenberg’s works are developed through building a set. This material-driven approach is reflected in Mary’s cherries in the way elements of the video are made manifest in the installation itself, within which the video is housed on a CRT monitor. The walls of the installation are covered with stucco and its base is embellished with a brown hounds’-tooth carpet.

Mary’s cherries takes many common, overlooked and mundane elements of contemporary production and turns them into a seemingly bizarre narrative, presented in a fantastical environment. However, as Mika Rottenberg points out, she is not seeking to create something bizarre; she is simply pointing out how bizarre reality is.4 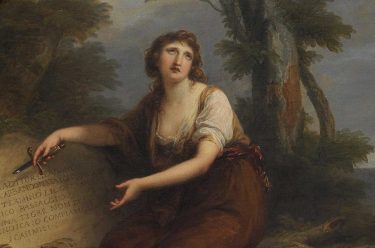