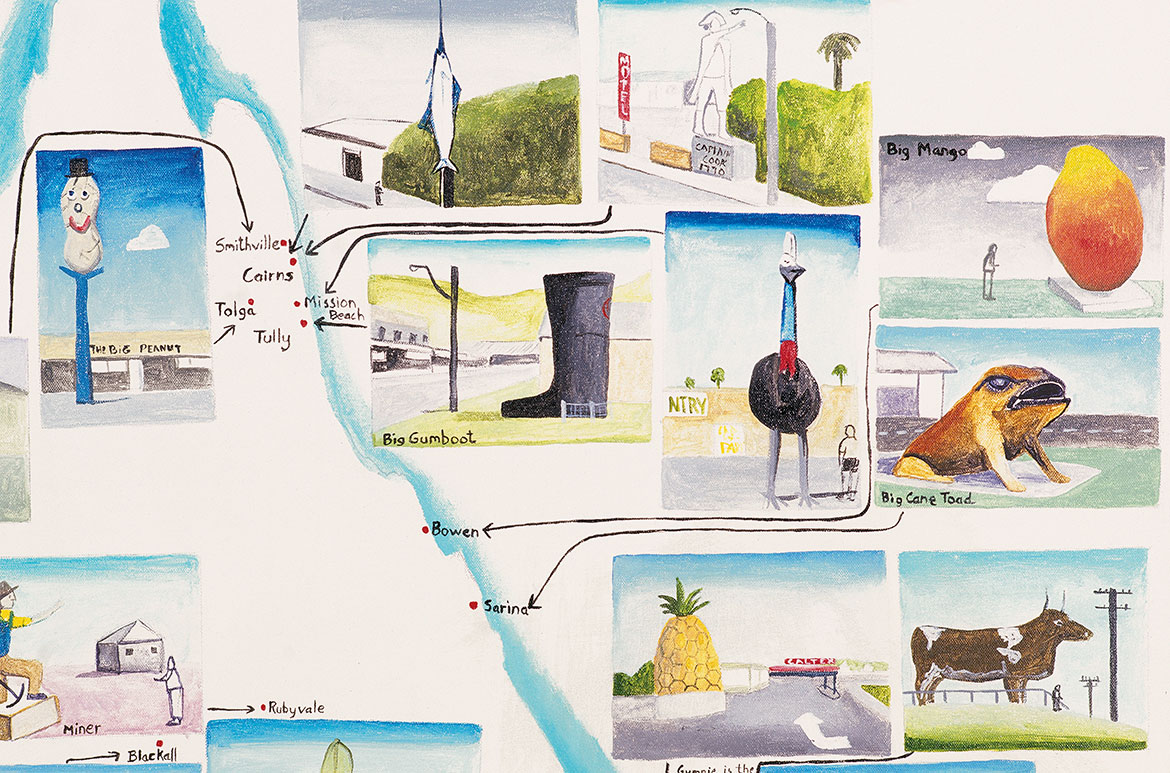 As a career artist since the early 1980s, Noel McKenna has honed what is best described as an idiosyncratic vision in paint, print and the occasional ceramic. Those who are already aware of his practice will know that his regular subjects include napping pets, cats and dogs begging for food at the table, watchful birds, people reading and people watching television.

The works in McKenna’s ‘Map’ series, on display as a group for the first time in ‘Noel McKenna: Landscape – Mapped‘ at the Queensland Art Gallery until 2 April 2018, are information-rich, with something of the obsessive focus of a trainspotter in them. They are a contribution to the dialogues of nationhood and space, answering, one map at a time, the elemental question: What is Australia made of?

There are 19 works in the series: 13 of these take Australia as their central motif. One is of New Zealand. A further four provide finer details of parts of Australia: Queensland, Brisbane, Sydney’s Centennial Park, and the Sydney CBD’s public toilets (the male toilets, at least). Finally, SELF 2011 charts the artist’s life events in corresponding degrees of happiness in a graph.

The exhibition, which groups these ‘Map’ works into three main themes — infrastructure, nature and memory — allows us to venture beyond their general-interest topics and glimpse a few impressions of the national character. About his work Big Things, Australia 2004, the artist himself writes:

‘One of the reasons towns build these Big Things is to attract tourists and to be noticed and I have seen similar things in New Zealand and the United States, but while not sure, I feel maybe we have more per capita than anywhere in the world? . . . They do work in getting towns noticed on the tourist map, but it is a different approach to a regional town in Italy that is known for a particular type of cheese made the same way for 300 years’.

McKenna’s appreciation for the ‘things’ of Australia, naive as it might seem on the surface, is sophisticated and contagious. His enthusiasm for classification, description and location endows us with facts, and facts build confidence. We are better acquainted with our country, and with ourselves, for his efforts.

This is an edited excerpt of texts by Peter McKay and artist Noel McKenna, which feature in the exhibition publication Noel McKenna: Landscape – Mapped, alongside an essay by Australian author Graeme Simsion. 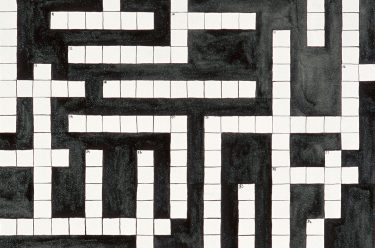