We’re closer to nuclear destruction than ever. ‘Two Minutes to Midnight: Nuclear Cinema’ is a free cinema program that brings together a collection of nuclear-themed films to explore how filmmakers have responded to one of the greatest scientific and moral quandaries of the last century.

The program offers a collection of films that act as timely and timeless reminders of the enormous power that comes from humanity’s harnessing of nuclear energy. It opens Friday 2 March 2018 with a double feature of Barefoot Gen 1983 (6.00pm) and Shin Godzilla 2016 (7.45pm), then at 2.00pm on Saturday join author and academic Mick Broderick for an illustrated talk on the history and development of nuclear cinema followed with a screening of Stanley Kubrick’s Dr Strangelove or: How I Learned to Stop Worrying and Love the Bomb 1964 (3.30pm). The film program closes on Sunday 18 March with When the Wind Blows 1986 and The Land of Hope 2012. Visit ‘Two Minutes to Midnight: Nuclear Cinema’ for all screenings.

Adapted from the classic manga series by Keiji Nakazawa, Barefoot Gen 1983 is a heartbreaking, beautifully rendered story of one boy’s experience of the Hiroshima bombing on 1945.

Shin Godzilla 2016 tears apart Tokyo while offering incisive commentary on the Japanese government’s handling of the 2011 Fukushima disaster. The film is the most recent live-action entry in the long-running Godzilla franchise and it showcases a return to the original 1954 film’s pointed political commentary.

Shortly after the unprecedented atomic bombings of Hiroshima and Nagasaki in the Second World War, filmmakers began to play out nuclear scenarios in their works – crafting tales of survival in destroyed worlds and using the new Atomic Age to inform the language of science fiction. In America, the heightening of the Cold War gave rise to a greater number of paranoid thrillers that played out scenarios of deadly human error, cover-ups, and bumbling bureaucracy. Grim depictions of ‘what if’ scenarios emerged with increasing verisimilitude, acting as defiant rebukes to warmongering states and complicit publics by showcasing the destructive capabilities of nuclear weaponry.

The end of the Cold War appeared to lend some reprieve to such concerns, with a sharp drop off in major nuclear themed films in the 1990s, however the continuing build-up of global stockpiles, along with a slowly growing list of nuclear armed states and major catastrophes such as the 2011 Fukushima disaster, have brought the issue back to the fore.

The films in this program encompasses multiple genres and styles – from heart-wrenching anime (Barefoot Gen 1983), to uncompromising portraits of desolated cities (Threads  1984), to the strange and libidinous sci-fi of Ralph Bakshi (Wizards 1977). Both The Atomic Café 1982 and The Bomb 2016 utilise only pre-existing footage – newsreels, propaganda shorts, test footage, instructional videos – to offer incisive commentary through their mesmerising collage forms.

More locally, the Australian film Ground Zero 1987 dives into the long-hidden history of the British nuclear testing that took place in South Australia’s Maralinga, while the location shooting of On the Beach 1959 offers a glimpse of Melbourne in the late 1950s.

Several of these films will be screening from stunning new digital restorations, including Hiroshima Mon Amour 1959, Dr. Strangelove 1964, and Threads 1984. There will also be rare 35mm screenings of a number of other key titles, including imported prints of Akira Kurosawa’s I Live in Fear 1955, the classic Soviet dystopia Letters from a Dead Man 1986, and Shohei Imamura’s sobering Black Rain 1989.

Join author and academic Mick Broderick (Murdoch University, Western Australia) for an illustrated talk on the history and development of nuclear cinema — from the immediate post-World War Two response to the lingering atomic fears of today.
2.00pm – 3.00pm Saturday 3 March 2018 | Free, no bookings required
Followed at 3.30pm by the screening of Stanley Kubrick’s Dr Strangelove or: How I Learned to Stop Worrying and Love the Bomb 1964 | Free, no bookings required
QAGOMA is the only Australian art gallery with purpose-built facilities dedicated to film and the moving image. The Australian Cinémathèque provides an ongoing program of film and video that you’re unlikely to see elsewhere, offering a rich and diverse experience of the moving image, showcasing the work of influential filmmakers and international cinema, rare 35mm prints, recent restorations and silent films with live musical accompaniment. As we do not screen trailers prior to films we suggest you arrive early to allow plenty of time to enter and find a seat. For newcomers to the Cinémathèque here’s a map and information to help you find your way. 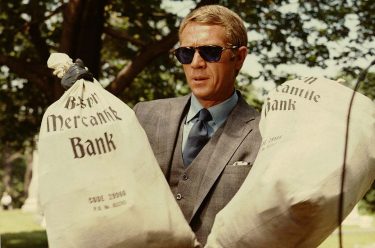