Director Chris Saines today announced the appointment of Simon Elliott as Deputy Director, Collection and Exhibitions. Elliott will join the executive management team to oversee the Gallery’s curatorial, conservation and registration activities, and with direct responsibility for the management and development of the Gallery’s Collection.

Simon Elliott returns to the Gallery and to Brisbane after many years in Canberra, where he accumulated a wealth of experience at a senior leadership level and will help to further the Gallery’s deep commitment to the Asia Pacific region.

He has spent 15 years in senior management roles in Australian public galleries, most recently as Assistant Director, Curatorial and Educational Services at the National Gallery of Australia (NGA) since 2007. He was previously Assistant Director at Canberra’s National Portrait Gallery (NPG) and has held roles at the Brisbane City Gallery (now Museum of Brisbane) and at the Queensland Art Gallery from 1986–99, where he was involved in the early Asia Pacific Triennials of Contemporary Art, including as co-curator for Malaysia on APT2 in 1996.

In addition to curating notable exhibitions at the NPG, Elliott drove a major video project focusing on artists in the NGA Collection. He has been a board member of the National Infrastructure Committee of the Australia Council and the Institute of Modern Art, Brisbane, for which he was also President. He holds an MBA from Griffith University.

Elliott oversaw the implementation of several innovative programs during his time at the NGA, and is one of Australia’s recognised experts on the provenance of Indian antiquities. As someone who is keenly aware of the importance of working directly with artists, maximising audience engagement, and engaging with benefactors, he will be a great addition to the Gallery’s executive management team. 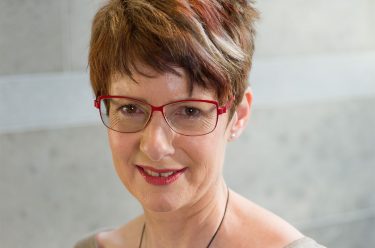