Rose Simmonds’ photography has an important position in the Queensland Pictorialist photography movement. Emerging directly from the International Pictorialist movement which began in England and France at the end of the nineteenth century, local practitioners of this style continued to work in a manner which encouraged the acceptance of photography as a valid art-form. To this end, they explored techniques and processes which endowed their photographs with a more painterly quality. The inherent ability of the photographic image to reproduce a scene with accuracy and sharp detail was suppressed in favour of soft-focus and low-toned prints, producing romanticised images of the subject.

Unlike Pictorialist photographers in Sydney and Melbourne who chose the city as a recurring subject, Queensland Pictorialists favoured images of the rural landscape, waterways and the coastline, revealing a nostalgia for Australia’s pastoral past depicting scenes which avoid emphasis of specific detail in favour of the generic and atmospheric.

Although Simmonds is best known for her work in the Pictorialist style, some of her photographs also reveal modernist tendencies. Viewed as a whole, Simmonds’ photographic work presents an insight into photography in Australia.

Rose Simmonds ‘Sabbath on the farm’

Rose Simmonds ‘Edge of the forest at sunrise’

Rose Simmonds ‘Shadow on the tent’

Rose Simmonds (1877-1960) was born in England and arrived in Brisbane with her family toward the end of the nineteenth century. She was active in photography from c.1925 to 1941 and during this time was the only female member of the Queensland Camera Club, elected to the club’s committee in 1928, and was elected to the Australian Royal Photographic Society in 1937. In addition to being published, her work was exhibited widely both within Australia and overseas. 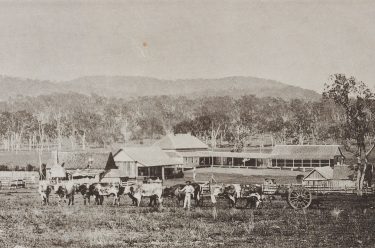