Scott Redford’s ‘Proposals’ series of sculptures, such as Proposal for a Surfers Paradise Public Sculpture/GC Cinemas 2006  (illustrated) examine and celebrate the Gold Coast as a remarkable phenomenon in late modern architecture and design in Queensland. What others stigmatise as kitsch, Redford sees as embodying a complex history and identity — perhaps the Gold Coast is the most postmodern of all Australian cities? For Redford, Gold Coast‑type signage certainly signifies a particular time and, much like music, evokes memories of a particular era.

This appeal to the past is heightened by texts that announce films like the modern classics L’avventura 1960 by Michelangelo Antonioni and Vertigo 1958 by Alfred Hitchcock — both explore love and loss in contexts of wealth and luxury. The second movie bill tellingly pairs Disney’s 1951 version of Lewis Carroll’s Alice’s Adventures in Wonderland (1865) with Elephant, most likely Gus Van Sant’s 2003 film addressing unacknowledged social issues — the colloquial ‘elephant in the room’ — and ending in homicide committed by youths. Two single screenings are also listed: My Own Private Idaho 1991, Van Sant’s drama about two gay hustlers, and the Australian Coolangatta Gold 1984, recalling difficult passages of adolescence and introducing a sobering note into the prevailing tone of slick confident assertion.

In 2006, QAGOMA acquired Redford’s Proposal for a Surfers Paradise public sculpture/Paradise now 2006 (illustrated). Subsequently, a second work from the series, titled The High/ Perpetual Xmas, No Abstractions 2008 (illustrated), was fabricated as a 10-metre high sculpture and erected at the entry to the Gallery of Modern Art (GOMA) where it flashes neon into the night, to date, the only of these maquettes developed to full size. 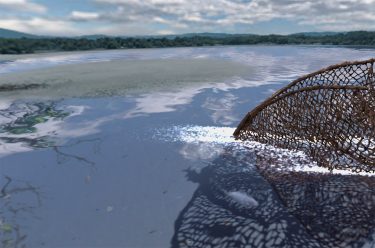