Is it just me or is there some uncertainty about silent films with live accompaniment? I say this based on a conversation I overheard in the queue for tickets to The Passion of Joan of Arc at the Australian Cinémathèque, GOMA. The ladies behind me were speculating where the band would be set-up, suggesting that they might be playing outside, perhaps in the interval (there wasn’t one) or whether they would be sitting in the audience and randomly strike up a tune mid-film (ok that one was me).

Because really, the term, ‘silent film’ is somewhat misleading. Though there is no synchronised recorded sound, since the nascence of silent films, screenings almost always featured live music. In towns and small cities, this would be a guitarist or piano player or in larger places, an organ or small ensemble of musicians.

For those of you lucky enough to catch the last two silent films presented by the Gallery’s Australian Cinémathèque, the first featuring the Brisbane band ‘hazards of swimming naked‘ and the second featuring David Bailey on our very own Wurlitzer organ, you will know that the tradition of screening silent films with live accompaniment is alive and well.

But I couldn’t help but think, confronted with a visual masterpiece that is The Passion of Joan Arc, what could one or more musicians (with or without a Wurlitzer) possibly play that could complement such a powerful work? Which begs the question, is music, let alone live music, really necessary? Could you sit there comfortably in silence and be enveloped by the intensity of Joan’s gaze, the mocking expressions of the religious men, and the overall atmosphere ingeniously crafted by Carl Theodor Dreyer?

Perhaps that is not really the question. Thanks to the discovery of Dreyer’s final cut in a mental institution in Oslo (only edited versions existed after the final version was cut down due to censorship in France) we can experience the film with or without musical accompaniment, in different contexts, with different musicians, from different vantage points, etc. The possibilities really are endless so long as institutions like the Australian Cinémathèque continue to see value in screening the work for their audience.

The question should be, what can live music do for a silent film, that silence (or ambient audience sounds – because we love the guy scratching around for that last Malteser – you know who you are) or a pre-recorded soundtrack can’t? I asked one of our curators who raised the important point that the music is actually in conversation with the film and the audience and without the energy an audience brings to the discussion, well, it’s a another experience altogether.

I would have liked to ask hazards of swimming naked, how does accompanying a silent film change their approach to performing music? Or does it at all? Judging on the band’s considered instrumentation, slow-burning energy, and textural improvisations that reached their height at the ***!!!plot spoiler!!!*** burning of Joan at the stake, I’d say it changes things quite considerably from a Saturday night gig. The great thing is I will be able to see for myself next Saturday at the Triffid, an old commercial hanger which has been transformed into a live music venue, where hazards of swimming naked are performing with a number of special guests.

If you’re interested in seeing more silent films, The Mark of Zorro by director Fred Niblo (screening 1pm Sunday 1 February) and  Faust – A German Folk-Tale by director Friedrich Wilhelm Murnau (screening 1pm Sunday 15 February) will be accompanied by David Bailey on the Wurlitzer organ as part of the ‘Myths and Legends’ program at the Australian Cinémathèque, GOMA. Celebrating the world of heroic deeds, epic journeys and sacred stories, ‘Myths and Legends’ considers depictions of these two cinematic genres and the insights they provide into the mysteries and wonders of our existence. A companion program to 2014’s ‘Fairytales and Fables’, ‘Myths and Legends’ continues to explore the powerful relationships between classic folklore and modern cinematic storytelling, incorporating renditions and reinterpretations of classic tales, as well as contemporary accounts that translate mythic metaphors into unexpected genres, such as film noir, science fiction, adventure, drama, romance, comedy and the western. 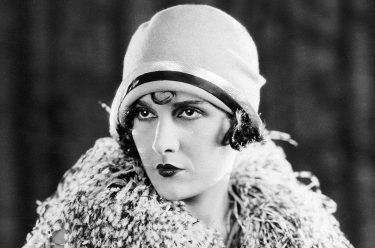