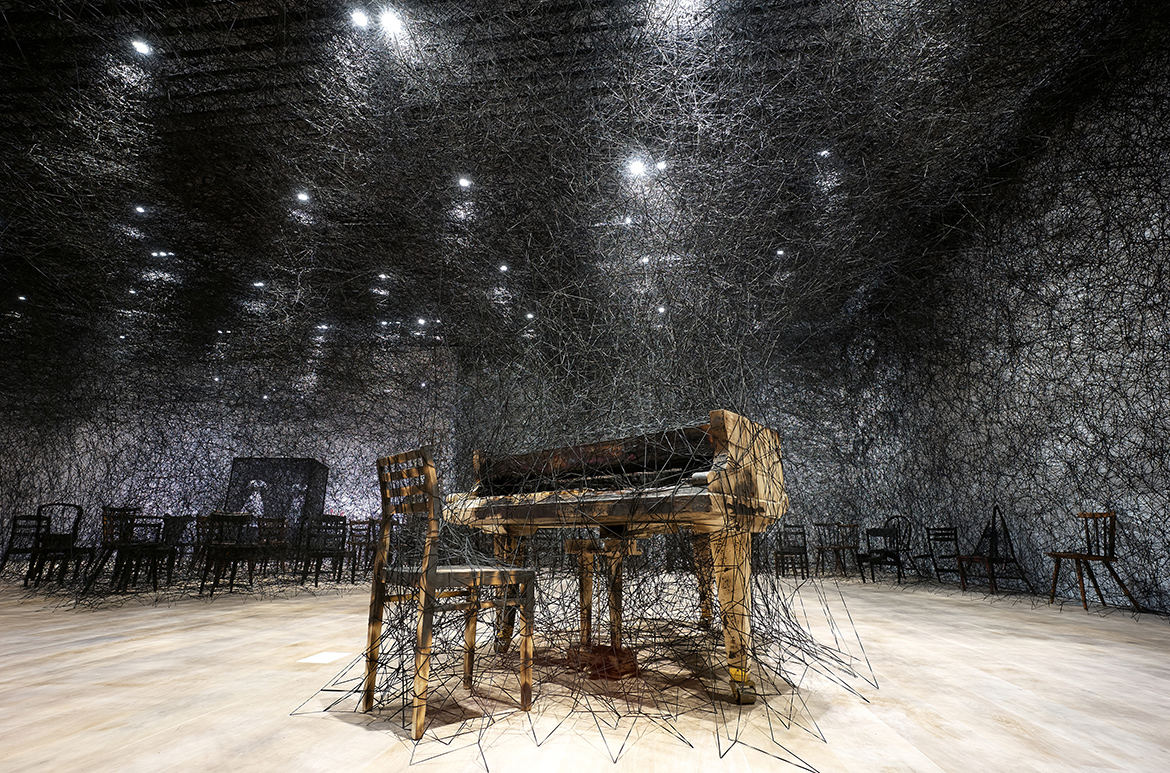 At the Gallery of Modern Art (GOMA) until 3 October 2022, ‘The Soul Trembles’ — a major touring exhibition organised by Mori Art Museum, Tokyo — is the largest and most comprehensive survey of the work of Chiharu Shiota.

Since the 1990s, Chiharu Shiota has developed a performance and installation practice that explores intangible concepts such as memory, dreams, anxiety and silence. The Osaka-born, Berlin-based artist, best known for her expansive, encompassing, room-scale installations of black, white or red threads, attracted widespread public attention with her work in the Japanese pavilion of the 2015 Venice Biennale. Organised by curator (and Director) Mami Kataoka for Tokyo’s Mori Art Museum, and presented in Brisbane in an expanded form, ‘The Soul Trembles’ is the largest and most comprehensive survey of Shiota’s work. The exhibition centres on similar seductive constructions, contextualising them with works on paper, sculpture, and documentation of the artist’s performance and theatre practice.

RELATED: The Soul Trembles in Brisbane

Shiota enrolled at Kyoto Seika University in 1992 to study painting, but soon abandoned the medium in favour of performance. In 1993–94, she undertook an exchange program at Canberra School of Art, just as installation art was finding its way into Australian museums and galleries, before relocating to Germany in 1996 to pursue further study. She has been based in Berlin since 1999; this cosmopolitanism is a defining aspect of her practice in terms of both the creation and reception of her art. She draws inspiration equally from her upbringing in Japan and from encounters with the work of international artists such as Ana Mendieta, Marina Abramovic and Rebecca Horn. At the same time, she has maintained a prolific exhibition practice both within Japan and far beyond it, as attested by a chronology and archive that forms the conceptual backbone of ‘The Soul Trembles’, mapping the various shifts and constants across her work.

While the 1990s saw artists from London to Beijing deploy shock as a deliberate tactic, Shiota’s approach was decidedly more considered. The use of elemental materials, and references to the fragility of her own body, drew on childhood experiences and philosophical considerations of mortality, self and other that have endured throughout her career. There is a fundamental continuity between Shiota’s powerful actions and her beguiling spatial environments: links between these forms started to emerge during the first Yokohama Triennial in 2001 — which also established her as an artist of note in Japan — with an installation focused on an array of towering dresses. Within Shiota’s conceptual framework, the dress represents a second skin in a succession of layers: one’s own skin, clothing and an architectural skin. Taken together, the three ‘skins’ designate successive membranes between degrees of publicness and privacy.

This principle extends to her celebrated thread installations, which typically manifest as clusters of cords suspended in space, or complex webs that spill from wall to floor to ceiling. The great densities they produce reveal pockets of space through which the viewer can move and which are often anchored by objects that themselves suggest a previous existence — as if whoever once found them useful has now vacated them. For instance, Shiota is careful to include a stool with the burnt-out piano in In Silence 2002/2019 and an empty chair alongside the table in A question of perspective 2022, the major installation newly commissioned for QAGOMA with the generous support of Tim Fairfax AC. The artist even considers the threads to be extension of herself: red predominates to evoke blood vessels escaping her body, first forming a line, then a plane, then a volume that expands outwards. Her other key colour, black, represents the cosmos — ‘the vast expanse of the universe’, as she puts it — and together, the colours stand for extremes of space, outer and inner, in a dialogue that suggests art as a means of transiting between them.

Recently, the physical body has returned to Shiota’s work in the form of life-sized castbronze limbs. Scattered at the base of webs of red leather in Out of my body 2019, or cradling an impossibly fragile-looking bloom of needles, the limbs emerged from the artist’s reflection on the treatment she underwent for a recurrence of uterine cancer in 2017. She notes feeling a sense of separation between mind and body, as if parts of her physical being were laid out before her. The experience also sharpened the considerations of life and death present since her earliest work and led to the creation of the video About the Soul 2019, in which she asked German school students the same age as her daughter for their thoughts on the human spirit. Included in ‘The Soul Trembles’, the video work is complemented in the QAGOMA exhibition with a second version of the work, made with children from a Brisbane primary school. Both versions offer a hopeful endnote to an exhibition that focuses intently on disquieting questions, but which does so with beauty and grace.

This exhibition has been organised by the Queensland Art Gallery | Gallery of Modern Art and Mori Art Museum, Tokyo. 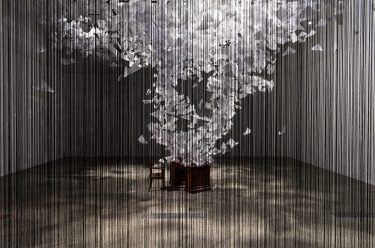