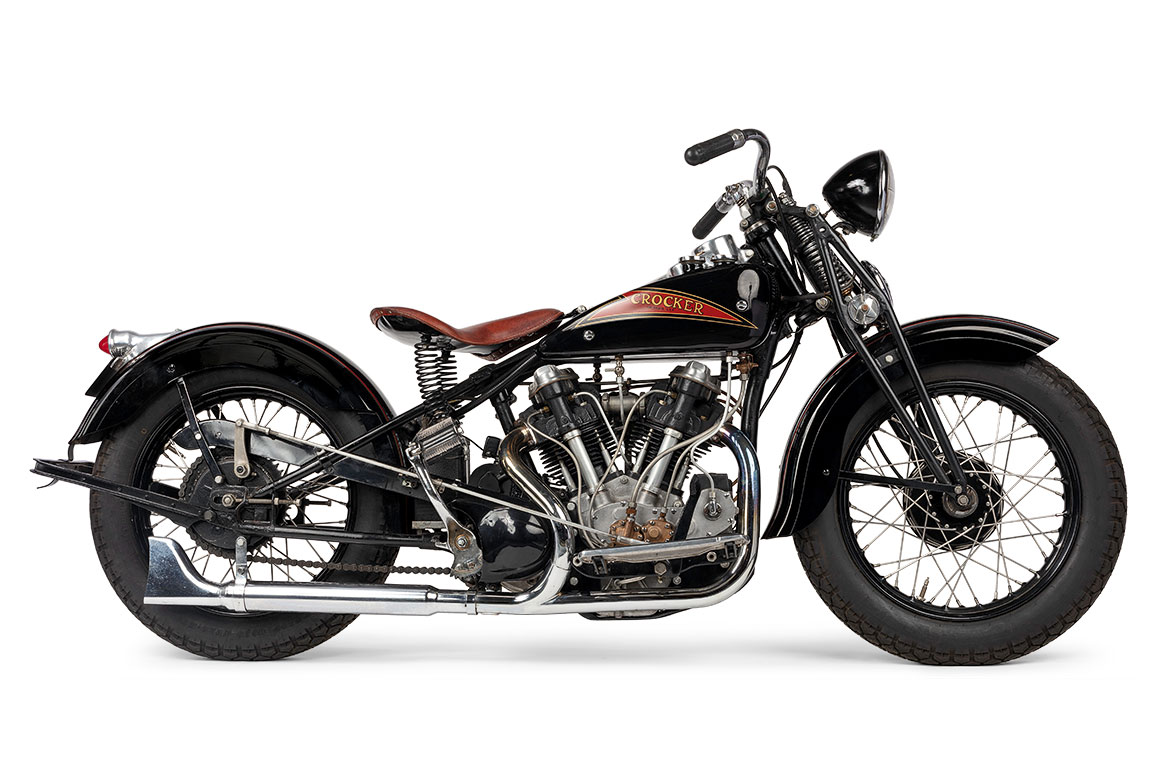 Design innovation has been closely associated with the motorcycle for most of its 150-year history. The earliest motorcycles, however, were not so much designed as built. Nonetheless, they embody characteristics that align with their countries of origin.

Functionally, motorcycle designs drew influence from a mode of personal transport they superceded: horses. British motorcycle design quickly evolved to place riders in an upright position that harked back to established horseriding traditions and encouraged a straight line from the shoulders through the seat and ankles. Across the Atlantic, horseriding was a more casual affair involving a laid-back posture, with feet thrust forward and neck reined in. American engineers designed their motorcycles according to this precedent, instigating a distinctly American style of riding suited to longer distances and the wide-open plains, exemplified by Harley-Davidson, Indian and Crocker motorcycles. 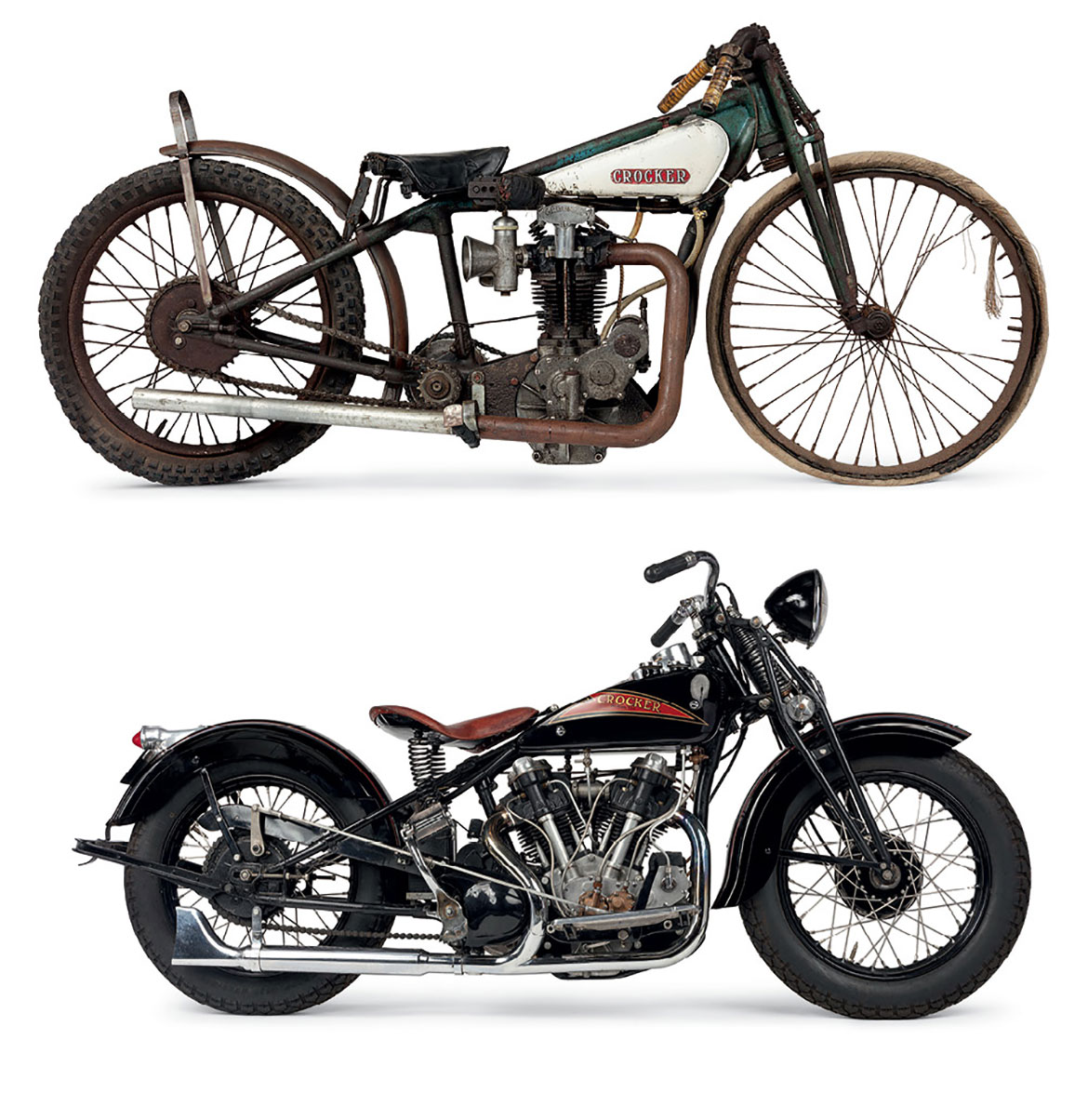 Motorcycle designer Al Crocker’s first motorcycle was a speedway bike made by modifying an existing Indian 101 Scout. While mildly successful, the heavy motor weighed the bike down too much to be competitive. In 1932, Crocker went back to the drawing board and designed his own single-cylinder pushrod engine and motorcycle frame, giving birth to the famous Crocker Speedway. Despite huge success in races around the United States, the Crocker Speedway was only in production until 1935, when Al Crocker turned his attention to building V-twin engines. 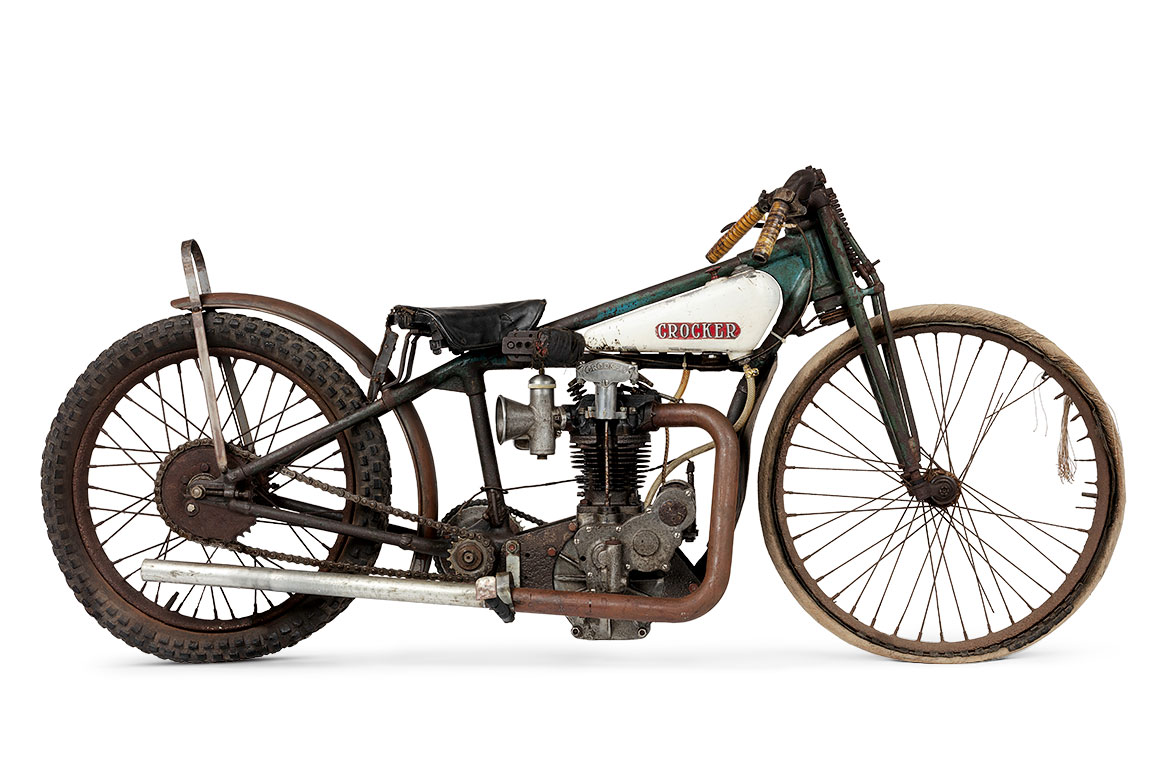 Built for speed and often referred to as ‘the Duesenberg of motorcycles’, the Crocker is an American classic. This handcrafted, limited-production sporting motorcycle was designed by Albert Crocker and Paul ‘PA’ Bigsby. The standard Crocker V-twin was the fastest production motorcycle in the United States for its era, and its engine could be tailored to meet each owner’s needs. The Crocker represents a milestone in motorcycle design and was the forerunner of the modern superbike.