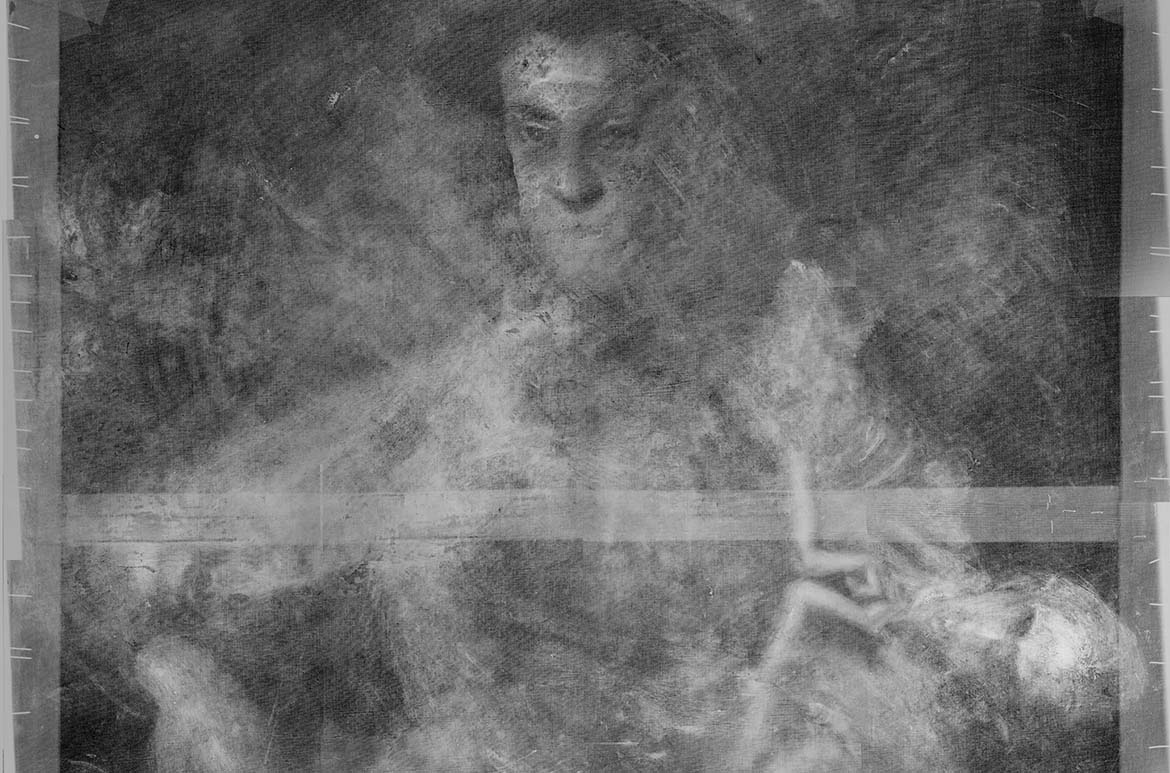 William Dobell is an artist recognised for his portraits and for often embellishing his sitter’s appearance to draw out their most distinctive traits. The model for The Cypriot 1940 was Aegus Gabrielides, a Greek Cypriot waiter who worked in a London café frequented by Dobell and his fellow Slade School students in the 1930s.

Go behind-the-scenes with Anne Carter, QAGOMA Paintings Conservator, and watch as she delves into the secrets once hidden behind The Cypriot. There is a lot more to the painting than meets the eye – all hidden from view under the surface – until the Gallery x-rayed the painting.

William Dobell returned to Australia in 1938 with a number of sketches of Aegus Gabrielides, described by the artist as a ‘very quiet sort of chap, well mannered, very lazy, harmless individual’. Yet, in this final version of the portrait, painted in Sydney, Dobell has given Gabrielides an intense and determined presence. Dobell’s choice of title and the transition from the sketches to the final painting shift the focus from the individuality of the sitter to his Greek heritage and Cypriot nationality. Painted before the period of post-war immigration from Europe, a time when the blue of a Mediterranean ‘five o’clock shadow’ was still unfamiliar to many Australians, The Cypriot is as much a depiction of cultural difference as it is a portrait of an individual.

DELVE DEEPER INTO your australian ART collection. Watch our behind the scenes videos

The reimagined Australian Collection captures major historical moments from first contact to colonisation, and exploration to immigration. Bringing the Indigenous and contemporary Australian collections together with the Gallery’s historical holdings, the display emphasises stories about Queensland and Brisbane from the region’s own perspective. Bringing together art from different times and across cultures, we trace narratives of geography — as country, as landscape, as the place we live and work — and we share stories of traversal and encounter, of immigration, colonisation and the expatriate experience.