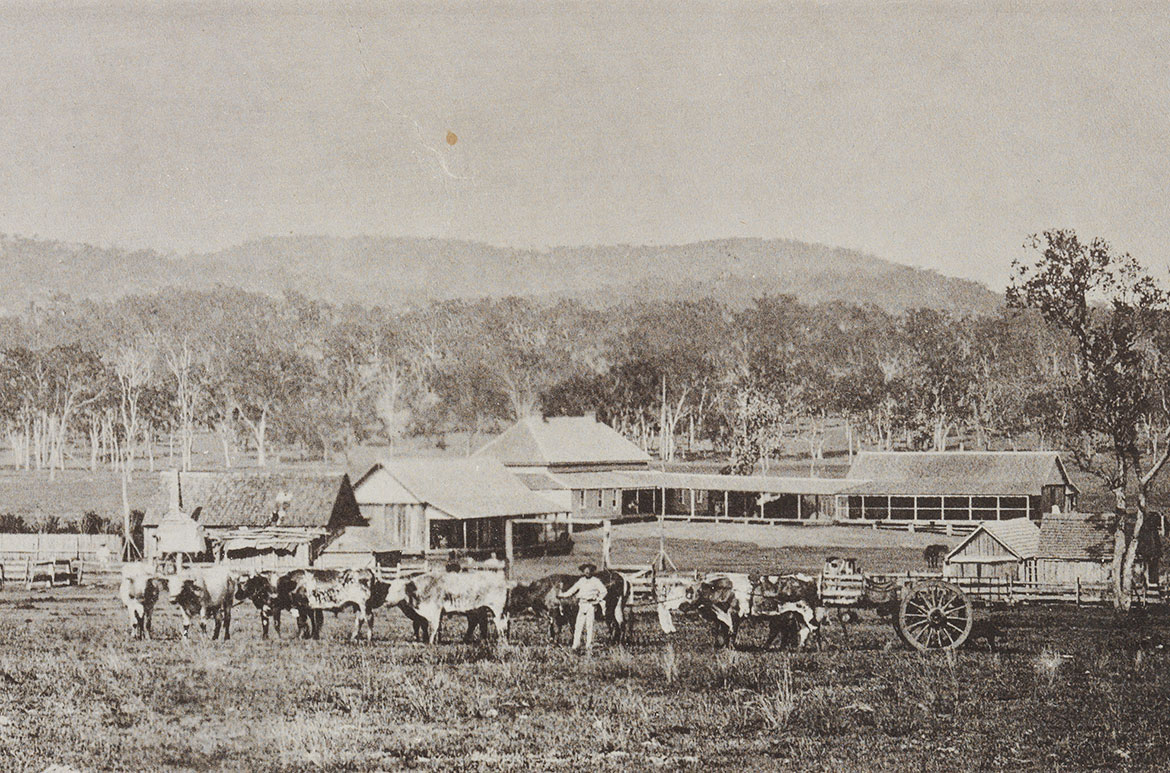 Queensland Day is a celebration of Queensland’s birthday and its official separation from New South Wales as an independent colony on 6 June 1859. The state is named in honour of Queen Victoria who signed documents granting the right to its own representative government and when Brisbane was appointed as the capital city.

We take this opportunity to look back to our early settlement through the pioneering photography of Richard Daintree (1832-78). Daintree moved to Queensland in 1864 where he ran pastoral properties, explored new territory from a geological perspective, and indulged his interest in photography. This selection of photographs are from a group of 20 Queensland images from around 1870.

DIVE DEEPER: Brisbane through the Collection

Daintree was born in England, the son of a farmer, however, because of ill health he left England in 1852 to join the gold rush in Victoria. An unsuccessful prospector, he joined the Victorian Geological Survey in 1854, two years later he decided to return to England to study assaying, and during this time he became interested in photography. On his return to Australia, Daintree worked with another significant early photographer, Antoine Fauchery, developing a popular volume of photographic studies entitled ‘Australia’.

In 1864 Daintree become a resident partner with William Hann in pastoral properties in the new Burdekin country of North Queensland. He spent some years running the properties and indulging his interest in photography, but also persisted in his exploration of Queensland from a geological point of view, particularly with a view to opening up goldfields. Daintree advocated a geological survey of Queensland and in 1868 was appointed the geologist in charge of the survey for the northern division.

In 1871 Queensland was invited to participate in the London International Exhibition. The purpose of these exhibitions for colonies like Queensland was to attract immigrants and investment, and Daintree proposed an exhibit that combined geological specimens with his photographs, providing the young colony with a unique opportunity to present itself. The government invited him to personally supervise the exhibit and be present to answer people’s questions.

Surviving the ordeal of shipwreck on the voyage, in which he lost all but his photographic negatives, Daintree mounted the exhibit, which was a great success, resulting in his appointment as Agent-General for Queensland. He then began a series of promotional works in the 1870s that made maximum use of the technologies of photography, such as large format photographs that employed the new carbon printing process (the patent was owned by the Autotype Printing Company in London). The image was produced in sensitised pigmented gelatin by exposure to light under a negative, producing a picture in ink from the gelatin plate.

Daintree’s promotional scheme also included using images in other forms such as publications and slideshows. In 1873 he produced a book called ‘Queensland, Australia’, which offered a detailed account of the colony’s geographical position, climate and resources, intended as a handbook for prospective immigrants and investors. The photographs detailed the exact nature of the country, its productive capacities and its cost of purchase. Underneath an image you would see a caption, such as ‘First class pastoral land – ten shillings an acre’. It would seem that this group of images was intended for this purpose.

Daintree used several images to illustrate what life might be like for prospective immigrants. To the farmer he wrote:

The future agriculturalist would take care to select a small patch of the richest agricultural land, either alluvial scrub or volcanic. [See photographs number ten, three, four and six]. He will put up a slab hut, such as depicted here, from timber off his own land, fence in his selection. And then it will be his own fault if he has not plenty to eat and drink.1

He then wrote to the miner:

The immigrant who intends to take his chance at the goldfields must not run away with the idea that fortune awaits him. He will probably be no better housed than the miners seen in this illustration [photograph no. 17]. However, it will be admitted, they do not look as if their rough habitation or mode of life disagrees with them. 2