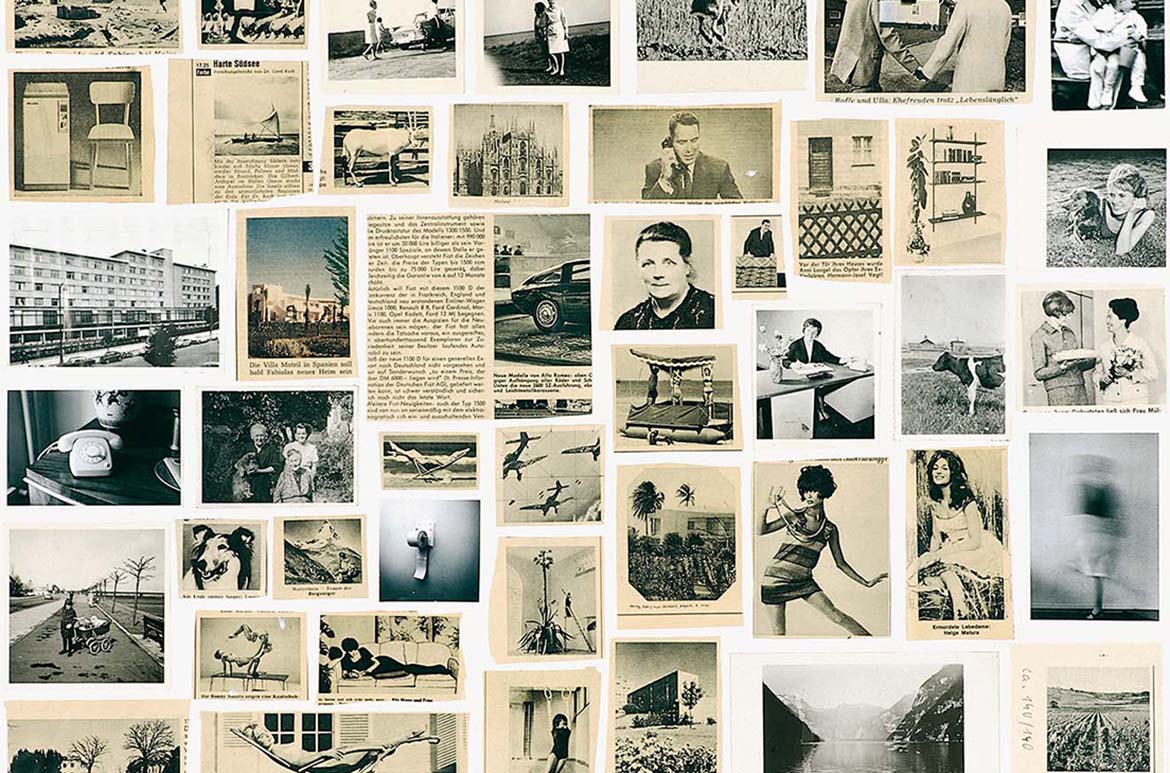 Gerhard Richter is one of the world’s leading and most influential living artists. Throughout his long career, he has responded to some of modern history’s pivotal events, among them World War Two, the horror of the Holocaust and the postwar division of Germany.

Watch our time-lapse as we install a new version of Richter’s monumental ongoing archival project ATLAS, selected by the artist and on loan from the Stadtische Galerie im Lenbachhaus in Munich. This compendium comprises of some 400 panels personally selected from thousands of clippings, photographs and source images.

Watch our time-lapse as we install the ATLAS compendium comprising some 400 panels personally selected by the artist from thousands of clippings, photographs and source images.

The extraordinary breadth of Richter’s visual and emotional reach — from intimate, personal images of family, to large, digitally generated abstract works, together with experimental variations of technique and approach, mark him as an artist who has revitalised and reinvigorated the role of painting in the late twentieth and early twenty-first centuries. Richter’s is an artist who has both rejected and embraced tradition, while confirming painting’s mystery and durability as an art form.

My motivation was more a matter of wanting to create order — to keep track of things. All those boxes full of photographs and sketches weigh you down, because they have something unfinished, incomplete, about them.1 Gerhard Richter

Creative bodies of work are often derived from fragments. Glimpses of a particular light, an overheard conversation, a rhythm of ambient sound, or a simple postcard can give rise to entire suites, symphonies, novels or other ongoing works of enduring significance. Similarly, notes, sketches, jottings — even the most inconsequential ephemera can catalyse ideas and directions for an artist’s work.

Gerhard Richter’s long and sustained career as a painter began at a time when photographic
reproductions in the daily press, illustrated journals and periodicals had become widely available and distributed, to the point of being referred to as a mass medium. As Benjamin Buchloh, who has written extensively on Richter’s work, has noted:

Having escaped from a country where advertising of any kind had been prohibited, where fashion photography (let alone soft- or hardcore pornography) was outlawed, and where images soliciting the desire for tourism would have been banned from the photographic public sphere of the Communist state, Richter could now, for the first time, endlessly pursue these images in abundance.2

Throughout the 1950s and 60s in Western Europe, North America and the United Kingdom, photography had become a commercial touchstone of the capitalist enterprise. While television was in its infancy, the illustrated press and magazines, such as Life, Stern and Der Spiegel, were the face of modernity and economic progress, a face Richter would have glimpsed only occasionally in the censorial atmosphere of what was then East Germany. The characteristic alliances of image and text, news and advertising, commodity and celebrity, in the press and in magazines, were the agents for the particular ideological, commercial and political structure of life in the West — what art historian John J Curley has described as ‘an explicit instrument of political power’.3

Richter’s ongoing, encyclopaedic and partially taxonomical project known as ATLAS now numbers more than 800 panels. It began as a collection, or perhaps more an accumulation of press cuttings, illustrations from magazines and books, and family photographs. From 1969, Richter systematically collated his collection of fragments onto standardised sheets of card, but this material was already playing a central role in his work from the early 1960s. The first panels have the character of a ‘scrapbook’, overlayed with the rigid grid of order that became the standard format for the entire opus. ‘Family album’ snapshots — the foundation images of ATLAS — are pasted alongside cuttings from newspapers and magazines. By the late 1960s and early 1970s, Richter’s own photographs appear more regularly, reflecting the increasing accessibility and availability of cameras and photography for personal means. Particular panels are less concerned with photography than they are with ‘appearances’ — flames, painted surfaces, swirling paint or colour samples. There are sheets of correlations and correspondences, such as those between clouds, sea and sky. Extensive serial sequences of landscapes appear frequently alongside aerial views of cities, mountains, flowers and forests. While drawings, sketches and collages appear throughout, photography is the central focus and spine of ATLAS.

Most of us are familiar with images as part of a continuum, whether they are family photos in an album (or perhaps a digital archive now) or the continuous and largely superfluous flow of media images we encounter on a daily basis. When isolated from that continuum, however, or placed into a specific order and arrangement as Richter has done, these images become strangely present again; their place in the flow is arrested. It is perhaps this characteristic that is most salient in ATLAS.

The imposition of order on the archival work is consistent with Richter’s decision in 1962–63, at the age of 30, to begin sequentially numbering his paintings and hence, the development of a catalogue raisonné that now contains over 2000 works. Some of the earliest works in the Gallery’s exhibition are derived directly from illustrations, cuttings and photographs from a few of the first panels produced between 1962 and 1964. A grid of pencil lines can be seen on several images, which have been clipped or torn from magazines and newspapers, indicating Richter’s then methodology of manually enlarging the image onto canvas. He later used an ‘episcope’, a kind of opaque projector, to bypass this process.

The overlay of order, chronology and sequence suggests a narrative intent, but that is not the intention behind it. The fusion of personal memory and biography, ATLAS is a broad incidental history of public events, specific thoughts, ideas and propositions that coexist, return and are reprised. It would be mayhem but for the stabilising convention of the grid. Helmut Friedel, former director of the Stadtische Galerie im Lenbachhaus, has compared ATLAS to a text in the sense that, ‘a sentence consists of words, words of syllables and syllables of letters’.4

ATLAS is simultaneously linear and cyclic, ordered and labyrinthine, open to infinite interpretation and analysis — a kind of mnemonic alliteration. We find images collected or taken in the 1970s returned to in the 1980s. ATLAS’s Various Motifs (445), 1978, for example, includes a photograph of Richter’s daughter, Betty, turning away from the camera. The photograph was the basis for one of Richter’s best-known painted works, which he completed ten years later.5 Similarly, harrowing scenes from concentration camps are revisited in 1997–98, almost preposterously, as potential images for inclusion in a commissioned work for the atrium at the entrance of Berlin’s Reichstag (parliament) building. The picture of Richter’s wife, Sabine, with their son, Moritz, could be any tender image of a mother and child; while the dark, blurred images of Nazi death camps find echoes in more recent images of genocide, forced diaspora and refugee settlements. Unmoored, the images are fugitive and mutable.

ATLAS has been exhibited numerous times, beginning in 1972, each time a different iteration and no two the same. Munich’s Lenbachhaus acquired the work in 1996 — the original sheets are now too fragile for travel or loan. Richter has created ATLAS overview using the plates of a four-volume book published by the Lenbachhaus. Comprising some 400 panels personally selected by the artist, ATLAS overview is a compressed summary of this vast archive. As with Richter’s practice of creating editioned versions of his works, this is considered an artwork in its own right.

Like the project itself, a view of ATLAS can only ever be partial. Its totality is too vast to be experienced singularly. Only in publication does it approach the status of a single entity, albeit a page at a time. Like a life, ATLAS is disjointed, interrupted and incomplete — standing apart from Richter’s painting oeuvre, this intricate web of association, return and recall is a significant project of memorialisation at a time when the meaning of images has changed so profoundly. 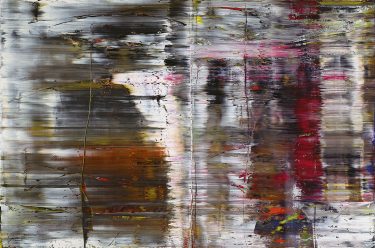