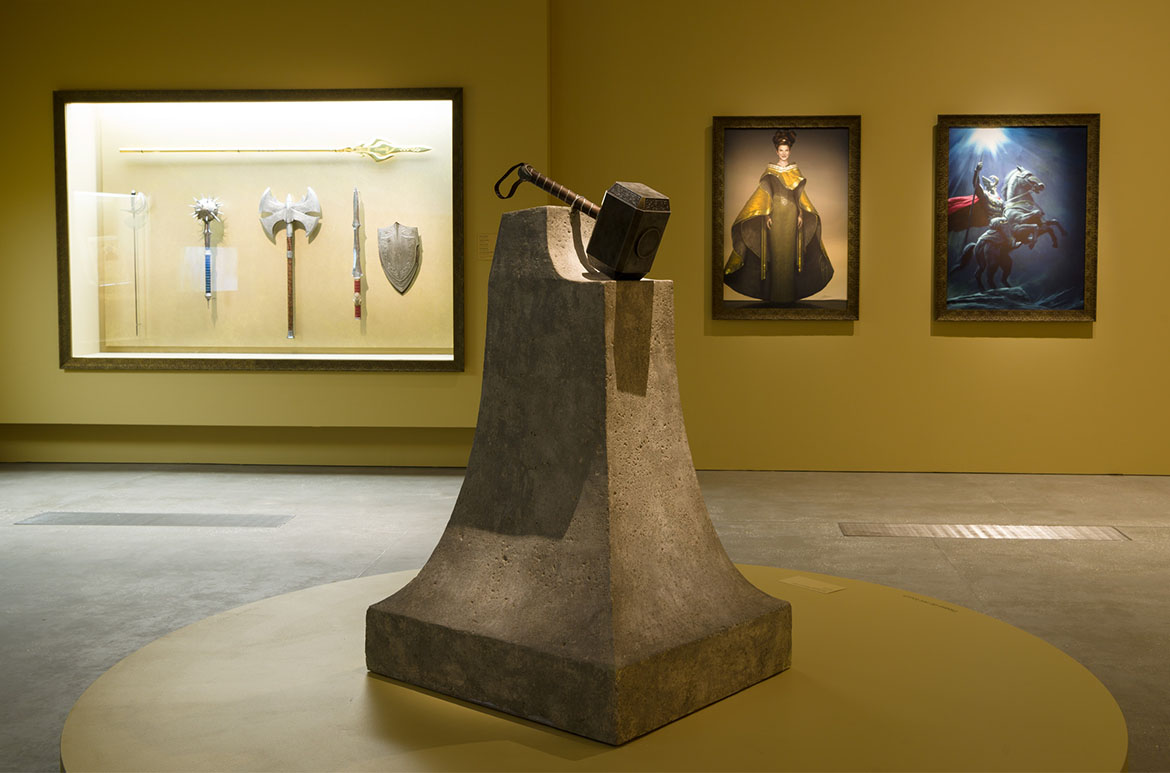 Director Kenneth Branagh brings gravitas to the mythical aspect of the Cinematic Universe with Thor, wielder of the star-forged hammer Mjolnir and heir to the realm of Asgard. When his coronation is interrupted by the return of the Frost Giants, Thor (Chris Hemsworth) defies his father, Odin (Anthony Hopkins), by breaking peace with their realm. For this, Odin strips Thor of his power and banishes him to Earth where he is struck by the charm, and the vehicle, of astrophysicist Jane Foster (Natalie Portman).

When Thor is arrested by the ever-vigilant S.H.I.E.L.D., Foster’s mentor Dr Erik Selvig (Stellan Skarsgård) frees him to fend off the magically animated armour dispatched by his endlessly scheming brother Loki (Tom Hiddleston). In the closing credits scene, Nick Fury reveals the Tesseract to Selvig, introducing the first of the Infinity Stones, objects central to the unfolding Universe and to Loki’s scheming.

‘Your ancestors called it magic, and you call it science. Well, I come from a land where they are one and the same thing.’

Go behind the scenes to experience more than 500 unique objects from your favourite films, including Thor’s hammer, set pieces from the highly anticipated Thor: Ragnarok 2017, and iconic objects which offer a glimpse into the work of production designers, storyboarding and pre‑visualisation artists, costume and prop designers, and visual effects artists alongside the original comic books which introduced the characters and influenced the films. 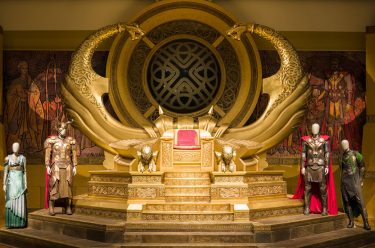